In May we have new

… And the guys from

(this is such an informal telegram chat of the company) they often asked how we managed to integrate them into the automatic delivery system. After a while, we looked at what we had done in retrospect and are ready to answer this question in detail.

The topic of using “raspberries” on an industrial scale is not new – you can find many publications on the Internet on the topic of assembling computational clusters. In the beginning, they were self-made farms, where the most interesting was the opportunity to add

… But with the growing interest, ready-made brackets for mounting “raspberries” in a standard 19 ”rack began to appear. There have even been attempts to create

But, despite all the optimism in the media sphere, the question of whether it will be possible to integrate Malinki into Selectel data centers at all remained open.

General requirements for placement in a data center

To understand what could have got in the way, let’s look at the main differences between “raspberries” and “standard” servers. “Standard” refers to the Chipcore series servers based on desktop hardware.

To place a server in a data center, it must meet the following requirements:

Let us dwell on the last point in more detail. It should be borne in mind that the Raspberry Pi belongs to the hardware for embedded systems. And on them, the process of initializing and loading the system is noticeably different from the usual.

The boot process of a “regular” server

For comparison, let’s take a quick look at how loading takes place on a “regular” server.

The boot process for Raspberry Pi 4 is described in detail.

in the official documentation

… Here we restrict ourselves to details that are important in the context of comparison.

Yes, the process is very different. And this raises many questions about its integration into the existing scheme. But we will deal with it sequentially.

To update the EEPROM, we need a preinstalled system with a utility vcgencmd… We can get it by downloading the image Raspberry Pi OS and rolling it directly onto an SD card.

We return the SD-card back to the “raspberry” and boot from it into the operating system. Login and password are used to log in by default.

Here you can see the current EEPROM firmware options:

We generate a configuration file from the firmware file:

need to change the value

to change the loading order. Since we are interested in downloading over the network, we first specify the download over the network (2), then from the SD card (1), and this must be done in a loop (f). You can also specify the maximum number of network boot attempts:

After preparing bootconf.txt, you need to apply the settings from it to the firmware file:

At the end, we write a new firmware file with the options we need to the EEPROM:

At Selectel, we love single-board devices, so we have compiled another selection of interesting articles on this topic for you:

After rebooting, we see on the monitor screen that the server is starting to boot over the network. The single-board device successfully obtains an address from the DHCP server and starts requesting files from the TFTP server. Loading error! After all, we have not yet prepared a replacement

directories on the TFTP server.

To do this, just copy the contents from the directory / boot in the installed Raspberry Pi OS to a remote TFTP server. For example:

In our case, it is better to get these files from the folder

After such preparation, the “Malinka” will successfully start downloading over the network, receive the requested files via TFTP and boot into the already installed system.

Stop to assess what is happening: using the TFTP server logs, carefully review the list of files that the “raspberry” requests over the network. For a better understanding, we will check with documentationexplaining only the minimum required set of files.

On the first line, you can see that files are being requested with a prefix corresponding to the serial number of the board. If there is no such directory, all other files are requested from the root.

start4.elf and fixup4.dat – blob and linker required to initialize the video core, since the GPU is initialized before the CPU.

сonfig.txt – a file with custom parameters affecting the behavior of the EEPROM firmware and initialization of the hardware. If we draw an analogy between eeprom and bios, the file stores all the settings changed by the user through the graphical menu. Active values ​​can be viewed through the utility vcgencmd…

bcm2711-rpi-4-b.dtb – base file describing the device tree (device tree binary) on the board. In general, the topic of DTB files (and DTBOs from the overlays / folder) is worthy of a separate article. In our context, we will restrict ourselves that this tree is subsequently passed to the Linux kernel…

kernel8.img and cmdline.txt – the Linux kernel, from which the operating system starts booting. Through file cmdline.txt additional kernel parameters are passed.

In our case, when we copied the directory / boot from the installed OS, we also copied the file cmdline.txt… If you look at its contents, it becomes clear why, booting over the network, we got into the operating system installed on the SD card.

The root option, which points to the root filesystem, leads to the second partition of the SD card with the previously installed Raspberry Pi OS.

We figured out exactly how the Raspberry Pi 4 boot over the network. It remains to figure out what will replace the iPXE bootloader in the described scheme, through which we control the server boot.

Stop. Is it really necessary to look for a replacement for iPXE? Maybe somehow load the “raspberry” directly into iPXE?

Whether we succeeded in realizing our plans, I will tell you in the next article. In the meantime, subscribe to our blog so as not to miss the sequel. 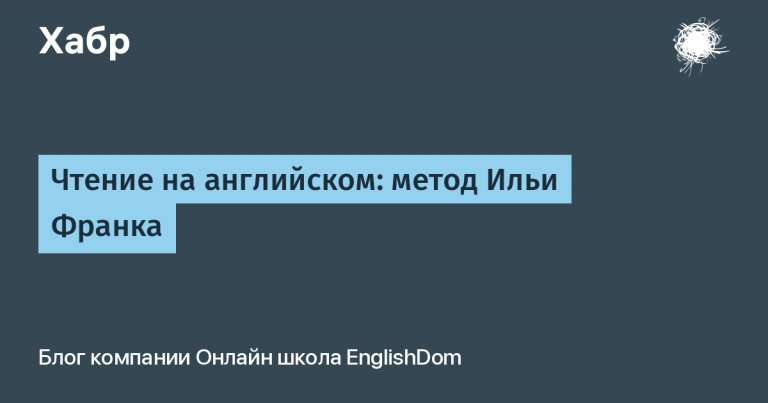