The Chinese manufacturing center is facing a serious crisis – all due to the pandemic.

Wuhan, the epicenter of the coronavirus outbreak, is at the heart of China’s electronics and transportation sector that has sprung up over the past decade in Hubei province.

Today Wuhan is positioned as “Optical Valley”… It is here that the world’s largest fiber production facility is located. Also based in Wuhan are memory chip manufacturers, including companies such as Wuhan Xinxin Semiconductor Manufacturing (XMC, which manufactures flash memory) and Yangtze Memory Technologies Co. (YMTC, specialized in 3D NAND). This region epitomizes the efforts of the Chinese government to reduce dependence on overseas chip suppliers.

Located at the confluence of the Yangtze and Han rivers, the area around Wuhan has been a critical stronghold for the authorities and those seeking to overthrow the dynasties for 2,000 years – which means this land has been the scene of many battles.

Wuhan – Chinese equivalent Vicksburg, a Confederate fortress along the Mississippi River that was captured by the Union Army during the American Civil War.

The Battle of Chibi (also known as the Battle of Red Rock), a decisive naval battle on the banks of the Yangtze River, helped end the Han Dynasty around 208 AD. Wuhan was also a hotbed of armed uprising in the last days of the Qing dynasty.

Today, Wuhan is fighting another desperate battle as the city is battling the spread of the coronavirus, which threatens the 11 millionth city, which has been closed since 23 January.

According to a Silicon Valley source, Wuhan’s technological development began with an “incredibly stubborn” bureaucrat in charge of creating high-tech development zones in the western shore of Donghu Lake… She first approached the American company Corning with a request to manufacture optical fiber. The deal had a cascading effect on the region and prompted local companies to join the growing infrastructure. As a result, the two largest fiber providers in the world are based in Wuhan – Yangtze Optical Fiber & Cable Joint Stock Limited Company (YOFC) and Fiberhome.

Becoming Chinese “Optical Valley”Wuhan has attracted the attention of authorities and foreign clients. The attention of investors and politicians to fiber-optic technology has opened the door to the semiconductor industry for Wuhan.

In 2006, the first semiconductor workshop was opened in the city. In 2010, the same Chinese bureaucrat who played a key role in bringing Corning to Wuhan managed to convince one of China’s leading companies, Semiconductor Manufacturing International Corp. (SMIC), based in Shanghai, to sign a framework cooperation agreement to jointly invest in the Xinxin Wuhan factory (engaged in the production of 12-inch substrates). However, the deal to acquire a semiconductor company by SMIC was difficult, suggesting China’s lack of experience in chip manufacturing.

Initially, SMIC entered into an agreement with the Wuhan government, under which the company was asked to “operate” the foundry, generating income through management fees. While this arrangement was convenient for SMIC, industry critics concluded that the company operated a factory in Wuhan “without enthusiasm.”

By March 2013, the Wuhan authorities staged a coup by buying out SMIC shares and turning Wuhan Xinxin into an independent company. The business was renamed XMC, shifting its focus from semiconductors to flash memory as part of an extended partnership with Spansion. The company also expanded its production by integrating its own production lines.

By July 2016, XMC’s majority stake was acquired by Tsinghua Unigroup. At the same time, one large Chinese investor has developed an ambitious plan to create new chip companies – including Yangtze Memory Technologies Co. in Wuhan. Production of the new 300mm 3D NAMD flash memory from YMTC began in 2018.

The observers stressed that none of this would have happened without the infrastructure located in the area high-tech industries on the eastern shore of Donghu Lake – the base of the optoelectronic industry created by the state.

The dawn of the XMC and YMTC also coincided with the central government’s efforts to expand resources to ‘second tier’ cities. These planners sought to invest in these cities to close the gap between tier 1 cities (such as Beijing, Shanghai and Shenzhen) and tier 2 cities (such as Wuhan).

This region has always been the main transit point for agricultural goods, then steel production began there, but even ten years ago, Wuhan was considered the “Chinese wilderness” in the west. Now, everything has changed – since the city began to produce products that are critical for various fields – from telecommunications to the automotive industry and pharmaceuticals.

The city of 11 million has a well-educated young workforce educated in two of the top ten Chinese universities: Wuhan University and Huazhong University of Science and Technology…

Wuhan has been a key transit hub, so it comes as no surprise that it has also become a high-speed rail hub connecting all parts of China. China Southern Airlines opened direct flights from Wuhan to San Francisco in 2014.

The flights departed three times a week but are currently canceled as the city is closed due to the pandemic. Wuhan Airport is closed. Rail transport is also currently shutting down.

Some high-tech firms in Wuhan boldly claim that they are doing business as usual. However, it is not yet clear how long this will continue as materials run out.

All of these businesses are at serious risk due to the spread of the coronavirus and the isolation regime. Industry sources with good contacts in Wuhan report suspicions that the number of people infected and killed in the city is grossly underestimated. The inaction of local authorities in the early days of the outbreak and the instructions that followed do not lend credibility to official estimates of mortality rates.

One thing is clear: Wuhan is facing a major crisis again as the virus continues to spread across Asia. One lesson that the Chinese authorities must learn is to develop a contingency plan to prevent future crises. For the West, the coronavirus epidemic raises fundamental questions about dependence on China as a supplier technological components, and now these issues are creating a lot of noise in the global economy.

The company has organized a special testing center, which makes it possible to conduct research in the field of ICE control, including in a car. The testing laboratory includes motor boxes, drum stands, temperature and climate control units, vibration stand, salt fog chamber, X-ray unit and other specialized equipment.

We are, perhaps, the strongest center of competence in the development of automotive electronics in Russia. Now we are actively growing and have opened many vacancies (about 30, including in the regions), such as software engineer, design engineer, leading development engineer (DSP programmer), etc. 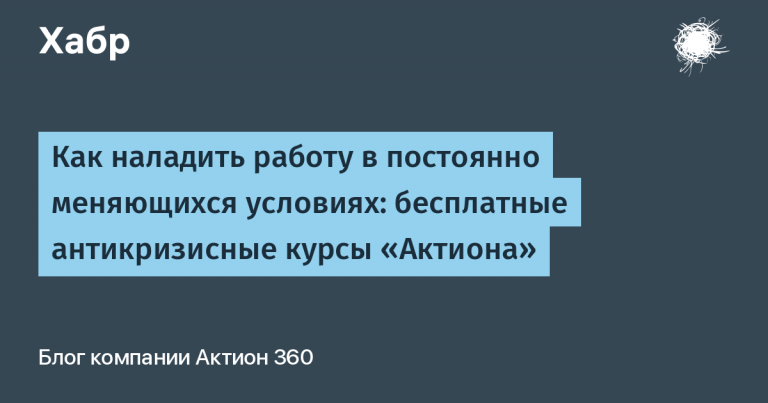