Package with certificates from Habr

Wireshark – a very famous program for capturing and analyzing network traffic, an indispensable tool for a hacker, network engineer, programmer, security specialist. In general, any curious person who wants to study in detail the traffic from his or someone else’s mobile phone, fitness bracelet, TV.

Wireshark captures network packets in real time and saves them, for example, in pcap files (Packet Capture). They are then used to study traffic, recover information, analyze network performance, and detect attacks. This is an alternative and addition to the standard utility tcpdump, with a graphical interface, filters and more features.

Wireshark has a million functions, but literally everyone with minimal knowledge can use it to their advantage. Below are examples of basic networking tasks.

Chrome and Firefox can write session key logs, which are used to encrypt SSL / TLS traffic. Our task is to enable the recording of these logs, and then upload them to Wireshark for analysis. It is assumed that we have physical access to the computer of the user whose traffic we want to decrypt. Or to a server that establishes an encrypted connection with the user.

Add a new variable for the user SSLKEYLOGFILE and specify the path to the file.

As a result, we get logs with keys, the beginning of the file:

In newer versions, after installing Windows 10, the old way of adding environment variables may no longer work. Then there is an alternative with PowerShell commands…

The first parameter is the name of the variable, the second is the value, the third is for which level the variable is (user or system).

We go to the “Parameters”, there, on the “Protocols” tab, we find the TLS section (earlier it was called SSL) – and specify the path to the file with the logs and the key that was used in the symmetric encryption session: (Pre) -Master-Secret log filename…

For example, when a user logs into the Gmail server in the QUIC packet inspection window, we see regular QUIC packets encrypted with a TLS key.

But a new tab appears at the bottom of the screen Decrypted QUICwhich shows the decrypted contents of these packets.

This method of decrypting client traffic does not require the installation of Wireshark on his computer, it is enough to download the dump with the keys, and then use it together with the traffic dump.

Under modern Russian law, providers are required to store user traffic for some time, including encrypted TLS / SSL traffic. Now it is clear what kind of mechanism can be used to decipher and analyze it. An attacker must have session keys for symmetric encryption. The largest Russian Internet companies such as Yandex and Mail.ru obediently comply with the requirements of Russian legislation – and provide these keys (see. FSB order No. 432 of 08/12/2016 on the procedure for obtaining encryption keys).

Note… This method is not limited to HTTP only. Similarly, you can intercept and decrypt SSL / TLS traffic in other streams. For example, encrypted traffic from MySQL server…

Analyzing traffic from another computer

If you need to deal with the server in production, it is convenient to copy pcap files from there – and analyze the traffic on your personal computer.

We write packages on the server using the tcpdump packet sniffer, which is included in the standard * nix package:

Then we copy the files to our computer:

Here we are already launching Wireshark and opening the resulting file.

There is an option to monitor server traffic in real time from your home / work computer. For example, all traffic except ports 22 and 53:

Roughly the same from a Windows computer:

To select a specific TCP connection, we find any packet of interest, right-click on it, and apply the dialog filter.

Now, of all the recorded traffic, only packets that belong to this particular connection are left.

In the screenshot, we see the packets from the beginning of the TLS connection establishment: a packet with a client greeting, a response packet with a server greeting, a presented certificate, a list of ciphers, and so on. The contents of each package can be examined separately. Very comfortably.

A typical pattern is to use Wireshark to diagnose specific problems. For example, if the TLS connection is broken, we can go in and see who broke it (client or server), at what stage it happened and for what reason.

The byte content of each packet is magic. Specifically, this functionality of Wireshark allows you to identify the most serious bugs. For example, a few years ago it was revealed that Intel 82574L Gigabit Ethernet controllers are disabled if a specially designed packet with a specific sequence of bytes is sent to them – the so-called “death packet”. It was thanks to Wireshark that it became clear which specific bytes in the packet lead to the guaranteed disconnection of the network card.

Here’s an entry for specific packages: pod-http-post.pcap and pod-icmp-ping.pcap… We can download them, open them in Wireshark and see them with our own eyes.

Any packet was suitable for the attack: HTTP POST, ICMP echo-request, etc. For example, a 200 response can be configured on a web server to “kill” the network interfaces on the client machines. Quite a curious situation.

Above, we applied a dialog filter to return all packets for a specific TCP connection. However, filters can also be written manually. Here are some examples of requests:

… etc. Filters are much richer than those of tcpdump, so it is better to do traffic analysis in Wireshark.

Similarly, you can analyze the traffic from the fitness watch via Bluetooth or the traffic of any mobile application for Android. To do this, you need to record PCAP packets on a mobile device – and transfer them for analysis to Wireshark on a working PC.

There are several mobile PCAP recording programs. For example, application
PCAPdroid for Android:

In principle, it is not possible to transfer the recorded PCAP files, but to analyze them directly on the mobile device. Some mobile sniffers also have rudimentary packet sniffer features, see. Packet Capture and Termux (about him below).

Wireshark also has a direct interface Androiddumpto pull data from the phone directly via the Android SDK.

Traffic from TV and other household appliances

To study the traffic from the TV, wife’s smartphone or other household appliances that are connected to the home network via Ethernet and WiFi, you will have to record PCAP on the router. Sometimes enough built-in tools… If you have a router with DD-WRT firmware, then you can run directly on the device tcpdump:

For the OpenWrt firmware, there is an option to mirror traffic using iptables-mod-tee…

Traffic can be mirrored and recorded using an additional physical hub or network tie-in. See details in documentation…

Another way is to intercept WiFi wireless traffic using utility Airodump-ng without connecting to a router. But this is more suitable for analyzing traffic on other people’s hotspots.

Further, everything is knurled – load the files into Wireshark, run the filters.

If you are analyzing large logs on a remote server, but do not want to copy everything to your machine, it may come in handy Termshark – Convenient user interface in the console for the TShark analyzer, similar in appearance to Wireshark.

Wireshark as a web application

If for some reason you cannot run Wireshark on your local machine, you can use the cloud service CloudShark, which is made surprisingly well.

The main function is to collaborate and publish package parses by URL. For example, cloudshark.org/captures/05aae7c1b941… The files are uploaded to the cloud and analyzed in the browser. This is necessary if you want to ask for advice on the forum, share information with colleagues, or publish a package breakdown for a wide audience. By the way, it is convenient to use it from a mobile phone, because there are applications for capturing packets for Android, but there is no good analyzer.

The service is paid, there is a 30-day trial period.

All in all, Wireshark is a fantastic program for all occasions.

In addition to the real practical use, the analyzer gives a rough idea of ​​how DPI filtering works with Russian providers. Everything is arranged about the same there. The system scans traffic in real time, filters specifically packets from Twitter – and slows down their delivery to users in Russia. In particular, Roskomnadzor has been dealing with this lewdness since March 10, 2021.

If you need to work server for rent on the Linux or Windows, then you definitely come to us – activation of the service a minute after payment!

Join the our chat on Telegram… 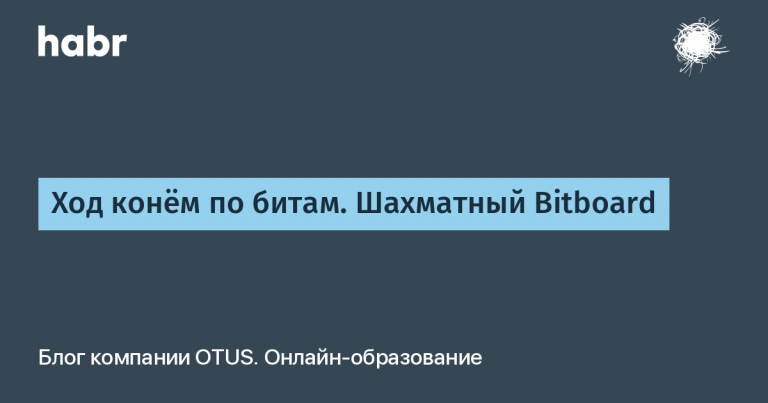