Earlier, we dwelled in detail on how the US authorities plan to develop IT infrastructure and communication lines throughout the country – we discussed why the current standards interfere with this process, methods of collecting reports from Internet providers and the low accuracy of the so-called broadband cards, built on its basis. Despite these difficulties, regulators and telecom companies are increasingly moving from words to deeds.

As a countermeasure to the “Great Depression” of the late 1920s and early 1930s, Franklin Roosevelt, who became president at the height of the crisis, took new course, which included many legislative acts and economic initiatives. The most notable of these included the construction and repair of highways, transport infrastructure, buildings of public and government organizations throughout the country. Later – with the participation of Dwight D. Eisenhower – from these undertakings, which in time involved hundreds of thousands of unemployed citizens, the famous Interstate with interstate highways connecting the whole country.

The modernization of network communications is likely to become part of a similar “large anti-crisis construction site“, Which will stretch over several decades in the United States. Already now they plan to allocate up to $ 1.5 billion for it.

Another thing is that today it will not be possible to deal exclusively with “physical” infrastructure. In order to plan its loading and then use it effectively, you need to understand how the requirements for new software will change, including those that are involved in various government agencies, ministries, services and departments.

According to report Harvard Innovation Lab and Nonprofit Specialists consortium Linux development, special attention should be paid to information security issues and outdated software components, including open ones.

The engine of everything new

there is opinionthat with the help of increased attention and support for open source technologies, it is possible not only to reduce the cost of proprietary software from the state, but also to stimulate the development of the entire technology industry in a powerful way. This assessment was expressed by a representative of the Harvard Business School in a scientific article with an overview of the results of the implementation of such measures in France. There, in just a year, the share of organizations using open solutions has grown, from 0.6 to 5.4%; increased employment in information technology from 6.6 to 14% and noted indirect effects such as an increase in the number of IT startups from 9 to 18%.

If we talk about the return on investment in open source, then only for Apache this figure was more than 17%, not to mention the possible estimates of the total contribution to GDP (table 1, p. 29) due to the massive introduction of such technologies.

Experts suggest taking into account and developing such influence through indirect support of contributors – for example, providing them with a tax deduction. A bill containing this measure, namely, a deduction of $ 200 for the cost of developing open source solutions, has been put forward in the New York State Assembly annually since 2009.

But so far, no significant progress has been observed on this issue. Moreover, it is not known whether something of this kind will be included in the new bill on large-scale infrastructure development.

What makes the community stand out

In a discussion on this topic on Hacker News, it was noticed that the US Federal Government was gradually opens the world of developments, made by his order. This are engaged several agencies at once like the GSA (General Services Administration), a special division of the president’s executive office called US Digital Service and even DARPA…

HN residents also shared the repositories of several laboratories: in Oak Ridge, Livermore, Richland, Argonne National Laboratory next to Chicago and another in Idaho… Plus – they remembered about one of the oldest open source funds in Europe – NLnet…

As concerns, they highlighted possible problems with complex reporting and restrictions on the participation of foreign citizens that may arise if the US government still decides to directly finance open projects. Secondly, in the thread, it was pointed out several times that such support often ends with the development of universal standards, and not application projects noticeable to society. Of the industries where the latter would really come in handy, Hacker News users noted educational niche.

So far, the development of open technologies – for the most part – is supported by the enthusiasts themselves and companies interested in their expertise. Whether we see large-scale support for such initiatives at the level of long-term state programs in the United States and other countries, the future will show.

Additional reading in our blog on Habré: 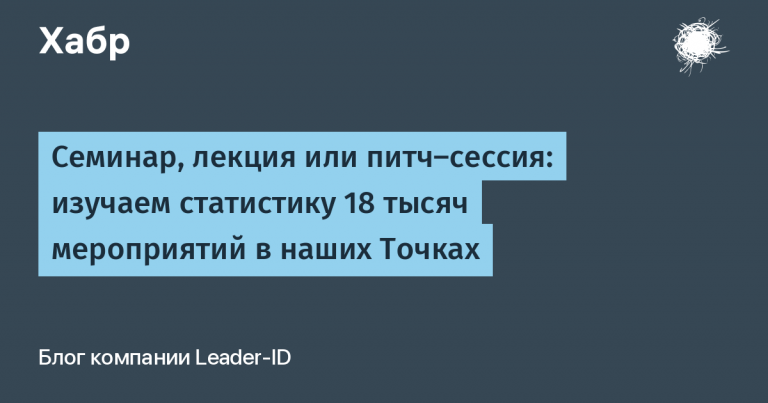