Penetration testing allows you to answer the question of how someone with malicious intent can tamper with your network. Using penetration testing tools, white-hat hackers and security professionals can at any stage of development or deployment examine networks and applications for flaws and vulnerabilities by hacking the system.
One of these means pentest is the Metasploit project. Built in Ruby, this open source framework allows testing using the command line or GUI. It can be extended by creating your own multilingual add-ins.

What is the Metasploit Framework and how is it used?

The Metasploit Framework is a powerful tool that can be used by cybercriminals, white-hat hackers, and penetration specialists to investigate network and server vulnerabilities. Since it is an open source framework, it can be easily configured and used on most operating systems.
With Metasploit, pentesters can use off-the-shelf or create custom code and inject it online to find weaknesses. As another way search for threatsOnce deficiencies have been identified and documented, this information can be used to address systemic deficiencies and prioritize solutions.

A brief history of Metasploit

The Metasploit project was created in Perl in 2003 by HD Moore with the assistance of main developer Matt Miller for use as a portable networking tool. It was fully translated into Ruby by 2007, and licensed in 2009 by Rapid7, and is now part of the portfolio of the Boston-based intrusion detection and remote access vulnerability exploitation company.
Portions of these other tools are found in the Metasploit environment, which is built into the Kali Linux OS. Rapid7 has also developed two proprietary OpenCore tools: Metasploit Pro and Metasploit Express.
This framework has become the main tool for developing exploits and remediating vulnerabilities. Before Metasploit, pen testers had to perform all checks manually, using various tools that may or may not support the platform under test, as well as manually write their own code and deploy it on the network. Remote testing was something extraordinary, and it limited the work of a security specialist to their own region and local companies, and organizations had to spend fortunes on their own IT consultants or security specialists.

Who is using Metasploit?

Metasploit is used by a wide variety of people from its wide range of uses and open source software. cybersecurity professionals to hackers… Metasploit is useful for anyone looking for an easy to install and reliable tool that gets the job done regardless of platform or language. The software is popular with hackers and widely available, which motivates security professionals to learn the Metasploit platform even if they don’t use it themselves.
The modern version of Metasploit contains over 1677 exploits for over 25 platforms, including Android, PHP, Python, Java, Cisco and others. The framework also contains about 500 pieces of content (“payload”), among which you will find:

Scope and benefits of Metasploit

After installing Metasploit, all you need to do is obtain target information, either by scanning ports, obtaining a digital fingerprint of the operating system, or using a vulnerability scanner to find a way to infiltrate the network. Then all that remains is to select the exploit and payload. In this context, an exploit is a means of identifying weakness in your networks or system and exploit this vulnerability to gain access.
The platform consists of various models and interfaces, which include: msfconsole based on curses library, msfcli for all msf functions from terminal or command line, Armitag Is a Java GUI tool used to integrate with MSF, and a Metasploit community web interface that supports remote penetration testing.

White hackers and penetration testers who are trying to identify vulnerabilities or learn from cybercriminal attacks should understand that cybercriminals do not advertise their actions. Cybercriminals are stealthy and like to work through VPN tunnels, thus masking your IP addressand many of them use a dedicated virtual server to avoid interruptions, which many shared hosting providers usually suffer… These two privacy tools will also be useful for white-hat hackers looking to enter the world of exploits and penetration testing with Metasploit.
As mentioned above, Metasploit provides you with exploits, payloads, helper functions, encoders, interceptors, shellcode, as well as post-exploit code and NOPs.
You can earn your Metasploit Pro Professional Certification online to become a Certified Pentester. The passing score for certification is 80%, and the exam takes about two hours and is allowed to use reference literature. Its cost is $ 195, and after successful completion you will be able to print your certificate.
Before the exam, it is recommended to pass Metasploit training course and have professional or work knowledge in the following areas:

Obtaining this certification is a desirable achievement for anyone looking to become a sought-after penetration tester or cybersecurity analyst.

How to install Metasploit

Metasploit is available as an open source installer that can be downloaded from the Rapid7 website. Minimum system requirements include the latest version of Chrome, Firefox or Explorer browser, and:

Before installation, you need disable all antivirus programs and firewalls on your device and get administrator rights… The installer is a stand-alone module that is configured when the platform is installed. You also have the option of manual installation if you want to customize dependent objects in your own way. Kali Linux users already have Metasploit Pro bundled with their OS. For Windows users, installation will be done through the InstallShield wizard.
After installation, at startup, you will be faced with the following options:

Learning to Use Metasploit Tips

The ease of learning Metasploit depends on your knowledge of Ruby… However, if you are familiar with other scripting and programming languages, such as Python, the transition to Metasploit is easy. Otherwise, it is an intuitive language that is easy to learn in practice.
Since this tool requires you to disable your own security system and allows you to generate malicious code, you should be aware of potential risks… If possible, install this program on a separate system and not on your personal device or computer containing potentially confidential information or having access to such information. When you penetrate Metasploit, you should use a separate working device.

This platform is a must for all security analysts or penetration testers. It is an essential tool for discovering hidden vulnerabilities using various tools and utilities. Metasploit lets you put yourself in the shoes of a hacker and use the same techniques to scout and infiltrate networks and servers.
Here’s a diagram of a typical Metasploit architecture:

After installing the testing tools, open the Metasploit console. It looks like this:

The easiest way is to type help in the console to display a list of Metasploit commands and their descriptions. It looks like this:

The first powerful and useful tool you need is Armitage GUIthat allows you to visualize targets and recommend the most appropriate exploits to access them. This tool also shows advanced features for deeper penetration and further testing after the initial exploit penetration has been performed. To select it in the console, go to Applications – Exploit Tools – Armitage (“Applications” – “Exploit Tools” – Armitage)…
After the form field appears on the screen, enter the host, port number, user ID and password. Press Enter after filling in all the fields and you will be ready to launch the exploit.

One of the main strengths of the open source software community is pooling resources and sharing information. This is the modern day embodiment of why the internet was created. It is a tool that promotes flexibility and gives you limitless opportunities for collaboration.
In this regard, we offer a list of resources that will enable you to realize the full potential of Matspoit.
One of the best resources and the first place you should visit is your own extensive Metasploit knowledge base… There you will find beginner’s guides, metamodules, exploits, as well as discovered vulnerabilities and fixes for them. You will also be able to learn about the different types of Metasploit certificates and how to obtain them.
Another useful resource is Varonis Cyber ​​Workshop… It offers a range of tutorials and sessions with cybersecurity experts. 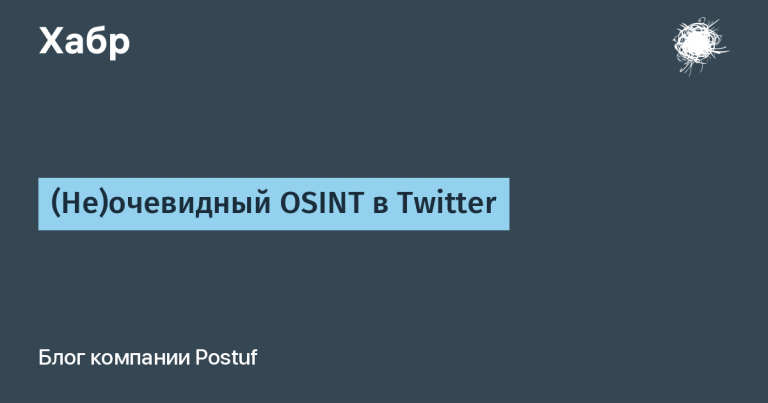