This year – against the backdrop of a general crisis – the confrontation between classical and decentralized social networks finally stabilized after numerous scandals involving the former and relatively modest results – in terms of audience recruitment – for the latter. But it is precisely in the period of time that you lurk and the decisive moment for such projects comes. On the one hand, the general public is really in no hurry to delve into their structure, moreover, to study even the simplest tools, without which it will be impossible to use alternative social and communication platforms. On the other hand, there are more and more small P2P social networks, and competition in this niche continues to intensify.

It seems that in this situation, decentralized solutions may turn out to be the most vulnerable to regulators if they switch their attention from mass platforms to independent alternatives that work on slightly different principles and offer the audience something that is practically not found in ordinary social networks – freedom from tracking ad networks, surreptitious collection of personal data and content filtering.

How the situation is developing

P2P projects, from a technological point of view, are nothing new. Take at least the first ARPANET assembly, where all four nodes, albeit not very long, had equal status. However, from a conceptual point of view, the subsequent history of decentralized protocols and social networks is a search for mechanisms that could open up new opportunities for efficient and fair exchange of information, plus maintaining social connections.

By definition, it is impossible to move towards such an ambitious goal and not provoke conflict situations. Moreover, at first it was not possible to ignore the controversial issues that manifested themselves long before the emergence of the first large-scale peer-to-peer projects. Exactly so – in the context of offline “wars for copyright“- Napster was born in 1999. Court cases against the music “pirates” were going on even before its launch, but the appearance of such a noticeable and effective decision at that time only spurred their intensity.

By the closure of the service in 2001 (in its original version), the tech community presented a kind of “response” to the increasing pressure – another way of decentralized data exchange, namely through BitTorrent. Its enthusiasts have successfully used the fruits of creativity of the developers of the project for more than a decade – by 2013, analysts attributed 3.35% of global traffic to the protocol. But both the owners and users of torrent trackers were gradually found to be in control – today the sites are willingly issue their personal data, so the popularity of the protocol dies out from year to year.

The trend of recent years is decentralized social networks. In many ways, the influx of audience to them is stimulated by the regulators, who have taken on classic and really large-scale platforms. They explain their “interest” in the latter opportunities to manipulate public opinion, the need to maintain law and order and security.

The epidemiological crisis only adds fuel to the fire – the special services of a number of countries insist on embedding backdoors and imposing restrictions for end-to-end encryption, and the authorities – filtering “hate-speech content” and even the possible division of large social networks into separate projects. In turn, site owners are trying to make money on an audience that is still unprecedented in terms of volume, but for one reason or another, this process becomes no less annoying for users.

P2P projects themselves provide solutions for many, but not all of the problems listed above. Moreover, sometimes the guidelines declared by the founders and developers differ from how the audience uses their product. So the protocol Dat Foundation, avoiding political topics, repeatedly used to store and exchange data as a kind of protest against certain measures of the authorities. Those who took such actions experienced possible risks that were known to the organization itself.

Precisely because of the basic features of the protocol, which make it possible to disclose the IP addresses of participants in a project, Dat Foundation at one time refused from the decentralization of Wikipedia.

Other peer-to-peer endeavors like Secure Scuttlebutt and Fediverse showcase their particulars. First – prevents users from deleting their own records and actually stores a log of all actions they have performed on the network. The second, which is a much larger project, does not use end-to-end encryption…

In this case, administrators of separate “instances” have access to the correspondence in plain text – it turns out something like Fidonet, where node operators could view messages from network participants for violations of the “charter” of the community.

Given the fairly open discussions and sensitive topics discussed in such networks, the local audience may interest many, for whom it will not be difficult to study the “picture of the world” and the daily activities of especially active users. As you can see above, some of the technical possibilities for this are provided by the “by design” projects themselves.

It remains to be seen whether the P2P community will be able to offer a truly viable alternative in time, taking into account at least those risks that bother the bulk of users of mainstream projects. If this does not work out, this technological niche has every chance to remain extremely experimental, even without the “help” of regulators, who are still busy with older brothers of P2P social networks. 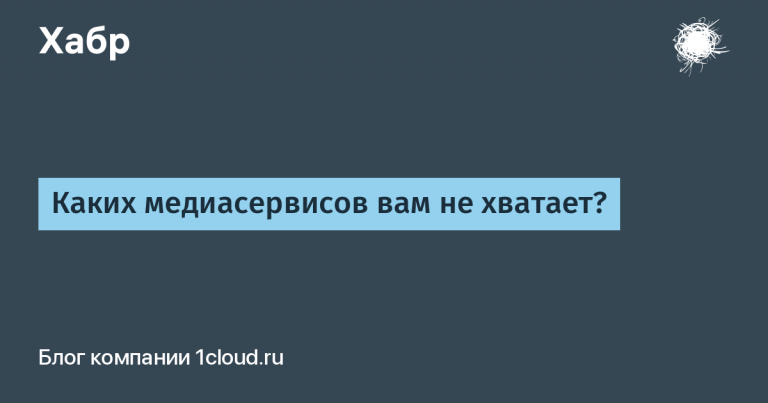