Perhaps every or almost every reader has played modern graphical games, watched the Pixar cartoons, or at least movies from Marvel or DS. Or any other large company – nowadays it is difficult to find films without graphics. And while watching or playing, they probably wondered – how is this done? Or maybe they even fantasized, but what would you do if you suddenly mastered 3D graphics?

Well, even 30 – 40 years ago, only very rich companies with very powerful supercomputers could afford graphonium, and it took years to create one asset (a set of functional models). Twenty years ago, 3D programs became available to mere mortals, and the market began to be filled with films filled with justified or unjustified 3D graphics, as well as toys where users could run around in the form of a low-poly man or even monsters.

Today, not a month goes by without some cool (or not so cool) ray-traced toy or movie with completely redrawn backgrounds and characters announced. I will not give screenshots, tk.

works every other time, and you yourself can give examples, even more than me. I’d better throw off a picture of my favorite game from my childhood.

Software for 3D modeling also does not stand still and is developing not only towards improving visualization, but also towards friendly-functions – starting with simplifying interfaces and functions and ending with performance optimization “for a potato”, which allows literally every PC user to choose software according to needs and capabilities. If you wish, you can find the program on your phone. True, the functionality and quality of most of these applications leave much to be desired.

But with an abundance of programs, it is easy to get confused in them. The excess of tutorials does not diminish the problem, if only because this excess is illusory.

Well, I want to say that many programs are sharpened for a certain type or approach to modeling. Of course, there are packages or even standalone programs “10 in one”, like the same 3Ds max or Blender. However, there are a lot of highly specialized programs.

A separate reason for self-flagellation is the work signed as “This is the first thing I did. Do not judge strictly.” People see the work clearly higher than their own idea of ​​their strengths and think, “I definitely can’t do that.” But in fact, behind each such work there are hours, days and months of preparation, learning the basics of programs, or even solid experience in modeling or drawing in other programs, sometimes even graduated courses or art schools. In extreme cases, a dozen spoiled and broken discs that no one will ever see.

Therefore, I decided to acquaint you not with the basics of modeling as such, and not with programs for modeling, although I will mention specific examples, this is inevitable. I will introduce you to modeling approaches and methods for creating models, regardless of the end result. Yes, it was all just a huge lyrical digression. But now let’s get down to business.

There are two main approaches to modeling – object, also called vector, and polygonal. Vector 3D graphics are built on fixed shapes (surfaces of geometric objects), which are a collection of many surface points or only information about the dimensions of an object (length-width-height, diameter, volume, intersection points, etc.). In some cases, this approach is beneficial, for example, in industrial modeling. But sometimes it becomes difficult to work in this way. For example, it is not possible to impose textures on such an object – instead, they use shaders (

), effects that simulate the appearance and surface of materials.

Polygon modeling in its simplest form is creating polygons through vertices:

Polygonal modeling differs in that the surface of the object is divided into points – vertices (axis), connecting them “edges” and filling between them – polygons (polygons). Polygons delimit each other by faces or edges (lines, ribs) connecting 2 vertices.

Polygons can be split (divide, subdivide), increasing the detail and smoothing rough edges, you can reduce (decimate) to save computer memory, reduce load, or simplify work.

Within the framework of this approach, the model in its basic form consists of a mesh and is an object or a complex of intersecting, or independent objects, united by meaning, function or a single final appearance.

Some programs successfully combine vector and polygon modeling or can convert (transform) one view of the model to another, converting a cloud of surface points to vertices or vice versa. Such programs, for example, include Autocad and Blender…

In addition to the above, there are other approaches, such as mathematical programming. But we will not dwell on them – they are too highly specialized and are used mainly in the visualization of formulas and graphs.

Let’s say right away that we will focus on polygonal modeling, since it is more widespread, there is more software to work with it and it is much more in demand – polygonal models are used in games, cartoons, films, for printing figures, arts and other things. At the same time, even within the framework of the polygonal approach, it is possible to simulate in different ways, and getting a very similar end result in appearance.

▍ We model as we can

So, let’s start with the simplest in terms of skill, but one of the most difficult technically –

… In fact, little depends on the person here, some professionals do not even consider this method to be real modeling.

Its essence is that many photographs of an object or room are created at the same distance, but from different angles. After that, a special program analyzes the photos and creates a point cloud, and then meshes. Many of them also apply textures generated from photographs.

True, to get good quality, you need a good camera, preferably a laser scanner, a powerful computer and a special program. However, there are also budget versions – some photogrammetry programs are quite compatible with a modern phone and can be used on a home computer. But be prepared to take 600 photos of the same part from different sides and wait 20 hours for your model to compile. And do not forget about the distance – all photographing points must be equidistant from the object, otherwise the latter will be skewed. Well, for work, you need to “finish” the model – “fix” holes in the mesh, cut off pieces of unnecessary background, fix UVs, etc.

We will consider a separate method at the border of scanning and object modeling later. Let’s just say that with its help, actors from real life are transferred to films and games.

Second way – “drawing” polygons. You literally take and draw faces, vertices, and polygons, just like sketching, assembling a mosaic or applique. Thus, you can get a very accurate result, especially when you need to make a low-poly model exactly according to the concept. In this case, in some programs you can place a picture with an example and “draw” literally on it. However, you cannot make a complete and detailed model in this way. Another thing is the creation of blanks for subsequent sculpting.

This is how a slightly stripped-down process of creating a model from polygons looks. This can be useful, for example, when there is a clear vector drawing or silhouette that does not require a lot of detail.

– primitives. Actually, usually everyone starts with it, since a set of basic shapes (

) is in every program. A primitive or several primitives are placed on the working field, they make up a composition, deform, cut and merge. Boolean operations can also be performed here (

). You may have already heard about this in terms of mathematics. If not, then it looks like this: we can add and subtract geometry from one object to another. So, with cylinders we can make holes in a cube, or make a square window in a sphere.

Object modeling is ideal for creating antennas, machines, mechanisms – in short, for a variety of solid and technical models (the so-called Hard surface). However, for organics, sometimes you also have to use something similar – for example, to create eyes.

Once upon a time in the dawn of modeling, this and the previous one were the only methods of polygonal modeling, and took a lot of time to tidy up. But time passed, new methods and means of visualization appeared.

Sculpting or sculpting… Frankly speaking, the author’s favorite method of object modeling is. Its essence lies in the fact that a new shape is molded from the base form (primitive) on the principle of a piece of clay or plasticine by means of extrusion and volume increase. Large pieces are cut off, fine details are created with thin tools – just like in real sculpting.

A quick sculpting of a basic muzzle in Zbrush. Zebra is currently the most powerful and functional sculpting software. Of course, there are analogues, and they are added to every major simulation program, but they cannot completely replace and displace the zebra.

There are also borderline methods that use several technologies at once, for example, skeletal modeling or alpha projection. However, this can be very difficult to understand, and perhaps deserves more detailed analysis and presentation than we can afford here.

All this is very interesting, but how do you decide on the application? What if I want, say, to master only a certain technology for a very specific purpose? For example, create exclusively characters for games? Or, on the contrary, to transfer your own or other people’s fantasies to the big screens? Or maybe I am a born technician and dream of printing my mechanisms on a 3D printer?

Well, you have to show what 3D modeling is capable of in practice, at the same time demonstrating specific examples and methods, so to speak, visually.

However, this will have to be postponed for the next long post, since there are a lot of examples, and this text, so, is bloated. Therefore, see you again!

All pictures in the post, except for screenshots of games and a frame from the film, are copyrighted. The models are also created by the author of the text. 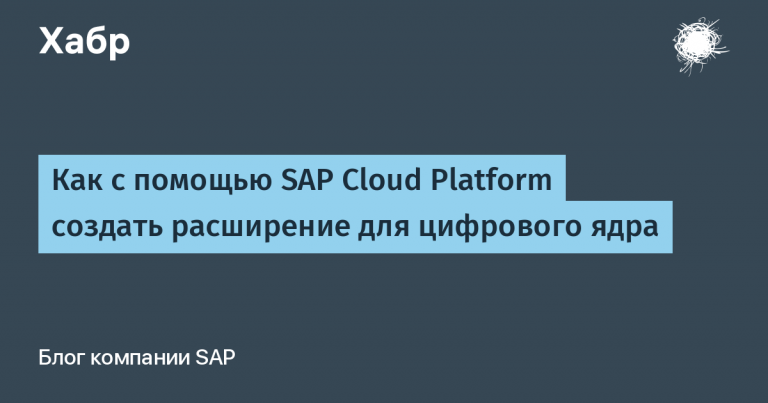