Skip to content
At the opening of VMworld Europe 2019 in Barcelona, ​​VMware CEO, Pat Gelsinger, addressed the conference and the press. In his welcoming speech, he outlined the key concept for modern representatives of the IT profession: Tech in the age of any, technology in the era of everything and everyone. This year, the conference brought together representatives of almost 5,000 companies from more than 100 countries. In today's article, we would like to share with you the key announcements of the first day of the VMworld Europe 2019 conference, and in the end – take a walk around the VMworld Europe 2019 and unpack the legendary backpack!

In his speech, Pat noted that technology, previously the destiny of only a small group of enthusiasts, now captures every aspect of the life of an ordinary person. They became part of life, as natural as checking your morning mail, measuring sleep, blood pressure and … wait a minute, all this is technology!

Of course, such a tight merger of life and technology could not but affect the economy: according to Pat Gelsinger, consumers spend up to 36 billion euros on the cinema market and almost three times as much – up to 108 billion euros – on the mobile application market. Such capitalization of the digital market allows IT companies not only to create new technologies, but also to independently determine and increase their own capabilities limits, creating more and more powerful products for users.

Among other things, Pat shared with the audience the modern view of VMware on future technologies: in any cloud, from public and hybrid to private, there can be any applications available for safe use from any digital devices.

Technologists who master multi-cloud will own the next decade.

Another good news is to expand the capabilities of existing partnerships between VMware and Amazon, Google, IBM, Oracle. This allows us to talk about the emergence of a new, full-fledged architecture based on the products of partner companies.

After an inspiring opening speech, Joe Beda, Principal Engineer VMware and one of the original authors of Kubernetes, whom Pat personally called rock star of their community.

According to Joe, one of the missions of the project at the moment is to maintain the same flexibility of Kubernetes, but to overcome the configuration difficulty threshold that increases with increasing functionality. This is precisely the reason for the emergence of a new project – VMware Tanzu for the Kubernetes containerized application infrastructure. In fact, Tanzu is intended to be an all-in-one suite, a portfolio of products that will change companies' approach to building modern applications. It will combine the three whales on which it stands (and of which consists) the life cycle of an application in Kubernetes: creation, operation and administration.

Tanzu's work is spread across 5 million programmers and several companies around the world. In particular, Bitnami, Pivotal and Spring are involved in the project.

It will allow you to effectively manage all Kubernetes clusters, including VMware on-premise, public cloud environments, EKS, IKS, GKE from a single “window”. An ultra-smooth transition from VMware PKS to Tanzu is guaranteed.

Another announcement is the beta version of Project Galleon, a marketplace of applications from Bitnami, which is a de facto logical extension of the Bitnami catalog. Galleon will allow you to assemble a set of components that is ideally suited to corporate standards, customize them and create your own directory that is easy to administer and change, which allows you to develop safe and reliable applications faster.

Project Pacific is another announcement from VMware. The mission of the project is to fully connect Kubernetes and vSphere. This is not about launching Kubernetes on top of vSphere, but about absolute integration. Project Pacific is a suite of tools to transform the VMware vSphere environment into a native platform for Kubernetes clusters. Through a single API, it will be possible to manage both Kubernetes virtual machines and assets. Integration will affect not only the level of management, but virtualization. According to Joe Beda, the performance gain when using Kubernetes + vSphere compared to traditional Linux virtual machines will be up to 30% and 8% compared to bare metal servers.

At VMworld 2019, VMware introduced the NSX Advanced Load Balancer and NSX Intelligence, the main gem of the NSX-T 2.5, which made a big impact at VMworld 2019.

Another key announcement of the conference was VMware Cloud Foundation for Cloud Providers, which includes:

But back to the main scene. Pat Gelsinger concluded his introductory speech with a review of the capabilities of VMware Cloud Foundation and VMware vCloud Director, after which he invited Sanjay Punen to the COO stage, who had an open discussion with Thomas Saueressig, Member of the Executive Board at SAP SE. Saueressig shared with the audience the strategic and practical views of the company regarding the future of cloud technologies and interaction with the corporate market segment. Sanjay, in turn, noted that SAP were pioneers in the use of software-defined solutions that are currently evolving into SDx. In the conversation, one of the main agendas of the conference was touched on – multi-cloud. The company is actively implementing this strategic direction in partnership with AWS, Microsoft Azure, Google Cloud Platform, AliCloud, but also pays attention to its own cloud for SAP customers:

“We live in a world of multi-cloud hybrid cloud solutions, and this gives consumers the opportunity to choose the resources for S / 4HANA, and this is a huge advantage.”

Pat Gelsinger also shared an up-to-date vision of VMware, calling it the cornerstone of the cloud business of the company's partners and noting that one of the tasks of VMware is to create not just a community of partners and service providers, but a real galaxy. It is this step, according to Pat, that will allow us to step into the era of true global multi-cloud.

As part of the move towards multi-cloud, Pat Gelsinger addressed the theme of VMware's presence in the world. At the moment:

He also noted that a key element of the VMware strategy was the expansion of technological capabilities through partnerships with Amazon, a leader among global cloud providers.

After another user case with Sanjay Punen, Pat Gelsinger returned to the stage to talk about new integration options with Microsoft solutions. The cooperation of the companies allowed to announce new solutions and product updates aimed at accelerating the digital transformation of the company's customers. Among others, the following initiatives were highlighted:

Both companies are committed to productive collaboration that will make Azure VMware solutions globally available. Pat Gelsinger promised to increase the number of zones where these solutions are available – in particular, Japan, Southeast Asia, and Australia will be added to them.

The announcement of VMware Cloud on Dell EMC, as well as some other announcements made in Barcelona, ​​can hardly be called “hot” – it was already announced earlier in April this year, but we just could not get around this decision. The solution combines the flexibility of a public cloud with the ability to secure a local infrastructure. VMware Cloud on Dell EMC is provided as a service, in which the customer receives a convenient, secure and scalable infrastructure for the local data center and the perimeter of the customer’s network. The system is based on the Cloud Data Center-as-a-Service solution and can work on the customer’s own equipment, providing the latter with all the capabilities of the cloud infrastructure in the form of a service. This advantage may be key for those companies and organizations that, for certain reasons, for example, legal, cannot send their IT systems to the cloud. This unique approach makes it possible to focus on introducing innovations and gaining competitive advantages.

Part of Pet Gelsinger's speech was devoted to a topic that has been talked about all over the world for more than a month – 5G.

As part of the topic, the company presented a preliminary review of Project Maestro, a new VMware solution, whose goal is to help providers reduce the time-to-market of modern cloud and network solutions. Project Maestro provides a unified approach to modeling, organizing and managing a virtual network. With its help, communication service providers will be able to create and automate network services, providing interaction and optimization of operations at each level of the NFV and Telco Cloud architecture. by automating lifecycle management in any network and any cloud.

P.S.
I wonder why in Barcelona (unlike San Francisco) was not mentioned about 22 percent of the audience learning Klingon?

The first day of IT Grad at VMworld Europe 2019 in Barcelona:

Unpacking the legendary backpack at VMworld 2019:

We will definitely continue to deliver cool technology news and announcements for the VMworld Europe 2019 conference – stay in touch with IT GRAD! 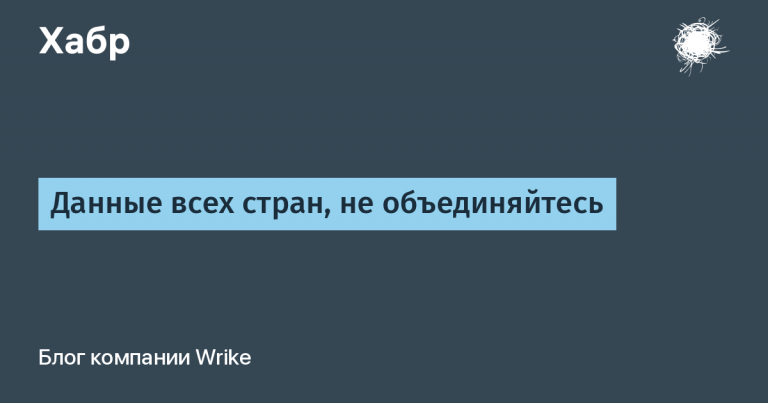 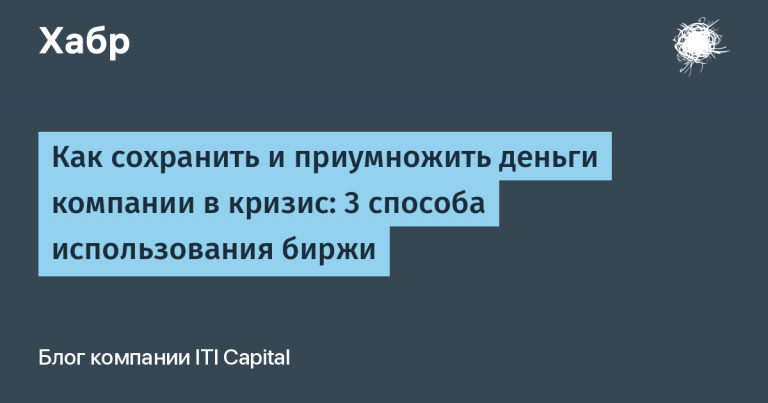