Skip to content
Another digest for mobile developers – we talk about endless scrolling, about erroneous map bindings, about updates and losses, A / B testing and a reduction in advertising revenue.

Each developer for mobile platforms is constantly faced with a task that cannot be solved in one single way. There are always several ways, some quick, some complicated, and each has its own advantages and disadvantages.

This digest is available as a weekly mailing lists. A daily news we send to

• (+13) Error is not UIAlertController
• (+10) Build Time Optimization – Part 1
• (+6) AppCode 2020.1: performance improvements, auto-completion to the end of indexing, documentation generation and much more
• (+3) CoreData model from the code. Or “How to Do Without .XCDataModel” (Part 1)
• (0) IOS field validation – quick and easy
• 2 critical vulnerabilities detected in iOS

• Everything You Wanted to Know About Sign in with Apple

How to make a multi-line text box in SwiftUI

Using TensorFlow.js in an iOS app to detect objects

Function Builders in Swift and SwiftUI

Returning users to the app: deep links in iOS

Dependency injection in iOS on Swift with Swinject and SwinjectStoryboard

• The third preview version of Android 11 has been released

• Yandex has released its Android TV

• How we used Kotlin to create a mobile design application

How to set up biometric authentication in Android

• (+53) Yandex will automatically link the card to another account
• (+25) Tales of the developers of your favorite games about what they are proud of
• (+23) How to Eject Viruses on the Corona SDK
• (+19) Rendering optimization for Mobile, part 2. The main families of modern mobile GPUs
• (+15) Creating an interface for the game
• (+12) Hive – fast local base for Flutter, Dart
• (+8) Errors that will ruin a project of any complexity. Redmadrobot Managers Experience
• (+4) How to test remotely so as not to ruin the product and your life
• Podlodka # 160: Machine Translation

• IT industry may shrink by 18–20 thousand programmers

How to make beautiful Low Poly art for the game (Blender, Unity)

If programming languages ​​had honest slogans

Migrating Flutter Applications to the Web

• (+44) How to stop worrying and start believing A / B tests
• (+6) Great A / B Test Guide
• (+6) Postman – Auto Metrics in AppMetrica
• (+3) 9 ideas for A / B testing videos for mobile games
• Superposition Analyst: Paradoxes and Cognitive Distortion. How analytics to maneuver in a data stream.

How to promote the application: a complete guide 2020

• (+57) Fighting traffic jams in a small city for a small budget: results of 6 months of the project
• (+18) Artefact: AR in the museum through the eyes of a developer, analyst, art critic
• (+13) Databases in the IIoT platform: how Mail.ru Cloud Solutions work with petabytes of data from multiple devices
• (+12) Object Detection Recognize and rule. Part 2
• (+5) Errors in designing the VR interface, VR for interface designers
• (+4) Frequently Asked Questions about VR Helmets and Games
• Magic Leap Dismisses Half of Employees and Leaves Consumer Market

← Previous digest. If you have other interesting materials or if you find a mistake, please send it to the mail. 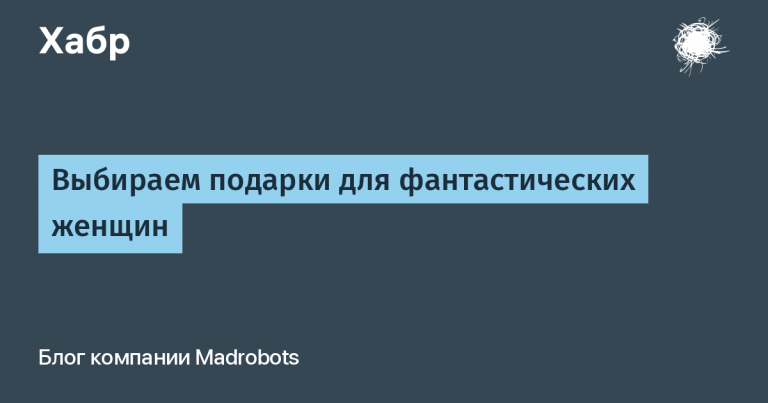