Skip to content
Tablet sales have grown slightly over the past year. When comparing sales for the second quarter of 2019 and 2020, shipments increased by 6 million devices to a total of 38.6 million units worldwide. At the same time, Samsung devices received a significant market share – now, according to reports, they are in second place with a share of 22% of the market. Only Apple has more. The Cupertino-based company dominates the tablet market, accounting for about 60% of all sales this year.

However, these figures show only one thing – a temporary surge in demand amid the Covid-19 epidemic and an absolute dead end that manufacturers have entered. Tablet manufacturing seems to be just an inert movement and shutter speed game between Apple and Samsung. For the former, tablets are important: they don’t have many consumer devices to sell. Samsung, on the other hand, seems to be simply creating a competitive environment, carving out a market share for itself from its eternal rival in the mobile segment.

The stagnation of tablets as a concept is clearly illustrated by statistics. Let’s take a look at the share of PCs, smartphones and tablet devices:

Clickable. Statistics market over the past 8 years

The best indicator was for tablets in September 2014 – 6.8% of the market compared to smartphones and desktops (laptops). Now this figure is 2.62% and continues to fall.

It was in September 2014 that Apple showed the iPhone 6 and the new iPad air 2 and iPad mini 3. After this presentation, neither Apple nor other manufacturers were able to repeat this success: in 2014, only Apple sold 68 million iPads with total sales of 239.6 million devices, while now the entire tablet market is 144 million devices. Since the peak of the market in 2014, sales have decreased by ~ 95 million.

Just compare how sales of smartphones grew in about the same time period according to Alexa. But the smartphone as a concept of a mass device is, in fact, the same age as tablets, if we take the first iPad as a starting point.

Smartphone sales statistics around the world

As practice shows, all devices with I / O functions can be roughly divided into two categories.

The first is universal. It includes personal computers and laptops. Sufficient freedom of action for the user, productivity, maintainability, width of configurations, and in the case of laptops, also mobility of movement.

The second is highly specialized. These are, for example, large touch screens that are useful in ATMs, onboard and mobile navigators, power banks and other specific electronics that perform one specific function.

We have dreamed about tablets for a long time, I wrote about this in my text about the evolution of Microsoft. They have been dreamed of since the days of the original Star Trek. Bill Gates dreamed of a tablet, and later this dream was realized by Apple engineers. The problem is that the tablet was conceived as a device of the first, universal category, or rather, its creators saw it as such.

Why a keyboard, mouse if there is a large touchscreen? Why sit at a table when you can sit comfortably in a chair with a tablet in hand or even go to bed? Tablets were promoted as devices for work and play, like a magic wand that will free humanity from the slavery of laptops and personal computers.

The first bell was proprietary plug-in keyboards. Years of operation have shown that typing on a huge screen using a qwerty layout is still an adventure. And, suddenly, the tablet as a work tool became painfully similar to a laptop:

At this point, interest in tablets as universal work devices began to fade. Grief-stricken with pluggable keyboards and imperfect mobile platforms with limitations, people lined up for lightweight Ultrabooks and other Macbook Airs.

At that moment, just around 2014-2015, the realization came that the tablet is either an expensive toy for watching YouTube in bed, or just a mobile interactive whiteboard, if we talk about professional use.

After shifting the focus of the audience’s attention in the context of tablets as entertainment media devices, smartphones took their toll.

The original sight, of course, was on PCs and laptops, but in fact, tablets were the ones that suffered most from the increase in the diagonal of smartphones.

Let’s remember the diagonal standard for mobile phones before 2015. It is 4.5-5 inches. Now such devices are physically impossible to find if we are talking about something modern, eminent and productive, from the middle class and above. Now the standard screen size is 6-6.3 “. And, suddenly, this is more than an acceptable size for watching videos in the field, reading the press, reading books, viewing social media feeds and even simple work with documents in the” on the knee “mode At the same time, the use of the “stretched” upward format allows users to have at their disposal a sufficiently large working area while maintaining the comfort of typing from a qwerty keyboard with two hands.

The smartphone has become a full-fledged universal device. It cannot replace a laptop or PC due to a number of software and hardware limitations, but to conduct work correspondence, monitor or read documents – please. And the tablet is not needed here.

Where do tablets live now?

Squeezed out of wide use by laptops and smartphones, tablets are now trying to gain a foothold in the “children’s” segment. Increasingly, tablets are purchased specifically for children of primary and secondary school age, as a replacement for an interactive whiteboard or a set of textbooks.

The tablet has survived in some professional areas, although here its future is even more dubious against the background of ever lighter and more powerful ultrabooks. No joke, a full-fledged workstation weighing about 1.2 kg or less with a standard 14 “screen, versus the conventional iPad Pro 12.9” 2017, which weighs 730 grams without a case.

But if we return to the topic of schoolchildren, then everything is not so simple. In terms of training, as opposed to the tablet, there are now more specialized and at the same time more acceptable devices. I’m talking of course about reading rooms.

This is literally a working case, which I personally came across a couple of weeks ago: parents of fifth graders massively buy their children reading rooms so that they do not carry a mountain of heavy books behind their backs. Children consume some kind of video content like adults – from the screens of workstations or smartphones, and if they have a tablet, then most likely it was acquired at best a few years ago.

In terms of interests, children are now more interested in productive laptops or even personal computers, they are not surprised by minimization or mobility, but the ability to comfortably run conditional Minecraft is a weighty argument for them.

Thus, the tablet is turning more and more into a redundant, expensive toy with a touchscreen, which really doesn’t know how to do anything. With the development of smartphones, e-readers and laptops, they make less and less sense. This is clearly evidenced by the growth in sales of both laptops and smartphones around the world. Falling, and noticeably – only tablets and, probably, in ten years we will see them only as a platform for an electronic menu in some bar, but even there it is easier to put a small stationary terminal at each table than to charge this device once a day …

Epic! The most powerful servers based on the latest AMD EPYC processors for hosting projects of any complexity, from corporate networks and gaming projects to landing pages and VPNs. 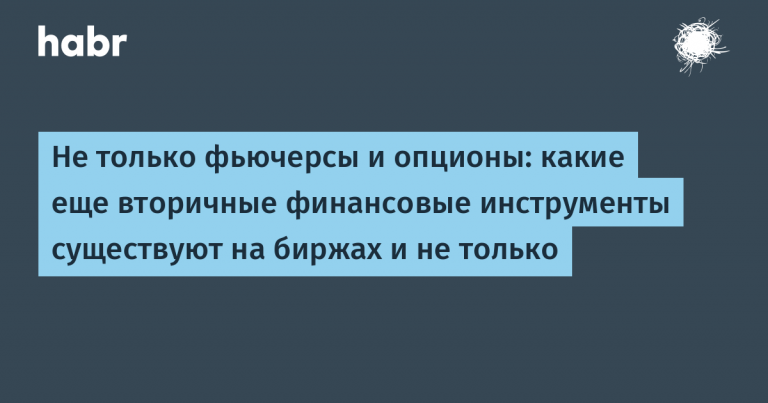