High-dimensional space and its curse

In such a case, the principal component analysis (PCA) will play an important role, effectively downsizing the data while retaining as much variation as possible in the dataset.

Let’s take a quick look at the essence of principal component analysis before diving into the problem.

The main idea behind principal component analysis is to reduce the dimension of a dataset that is composed of a large number of interrelated variables, while maintaining the maximum diversity that is present in the dataset.

We define a symmetric matrix AND,

Where D Is a diagonal matrix, and E – matrix of eigenvectors ANDarranged in columns.

Main components X Are own vectors XXT, which suggests that the direction of the eigenvectors / principal components depends on the variation of the independent variable (X)…

Why is the reckless application of principal component analysis the bane of supervised learning problems?

A common misconception, which has been encountered several times in various articles and books, is that in a supervised learning environment with principal component regression, principal components of the independent variable with small eigenvalues ​​will not play an important role in explaining the response variable, which leads us to the purpose of this article. The idea is that components with small eigenvalues ​​can be just as important, or even much more important, than basic components with large eigenvalues ​​in explaining the response variable.

Below I will list a few examples of publications that I mentioned:

First, let’s get the correct mathematical justification for the above hypothesis, and then give a little explanation for a better understanding using geometric visualization and modeling.

will be eigenvalues ZTZ (correlation matrix), and V – the corresponding eigenvectors, then in W = ZV, columns in W will represent the main components Z… The standard method used for principal component regression is to regress the first m principal components on Y, and the problem can be represented through the theorem below and its explanation [2]…

If the true vector of regression coefficients β co-directional with the j-th eigenvector ZTZ, then in regression Y on W, jth main component Wⱼ will contribute to learning, while the rest will not contribute in principle.

Since the variable Wᴋ does not reduce the sum of squares, if its regression coefficient is 0, then Wj will provide the main contribution, while the other main components will not contribute at all.

Now let’s simulate and get a geometric representation of the above mathematical calculations. The explanation is illustrated by modeling a two-dimensional feature space (X) and one response variable so that the hypothesis can be easily understood visually.

In the first stage of modeling, the feature space was modeled using a multivariate normal distribution with a very high correlation between variables and principal components.

After receiving the response variable, the correlation matrix will look something like this.

Figure 3: Heat Map for Variable Y and PC1 and PC2.

Since the figure shows that PC1 explains 95% of variance X, then according to the logic stated above, we should completely ignore PC2 with regression.

Figure 5. Result of regression with Y and PC1.

Thus R²equal to 0, suggests that despite the fact that PC1 gives 95% variance X, it still doesn’t explain the response variable.

Now let’s do the same with PC2, which explains only 5% of the variance X, and see what comes of it.

Figure 6: Result of regression with Y and PC2.

Yuhu! Just look at what happened: the main component that explained five% variance X, gave 72% variance Y… There are also real examples to support such situations:

[1] Smith and Campbell (1980) gave an example from chemical engineering where there were 9 regressive variables, and when the variance of the eighth principal component was 0.06% of the total variance, which would not be taken into account due to the above logic.
[2] A second example was provided by Kung and Sharif (1980). In a study of predicting the start date of monsoons using ten meteorological variables, only the eighth, second and tenth components were significant. This example shows that even the principal component with the smallest eigenvalue will be the third most significant in terms of explaining the variability of the response variable.

The above examples show that it is inappropriate to remove principal components with small eigenvalues, since they affect only the explainability in the feature space, but not the response variable. Therefore, all the components need to be preserved in supervised dimension reduction techniques, such as partial least squares regression and least angle regression, which we will talk about in future articles.

Learn more about the course “Machine Learning. Basic course”and also visit free lesson, can sign up for a free webinar using this link… 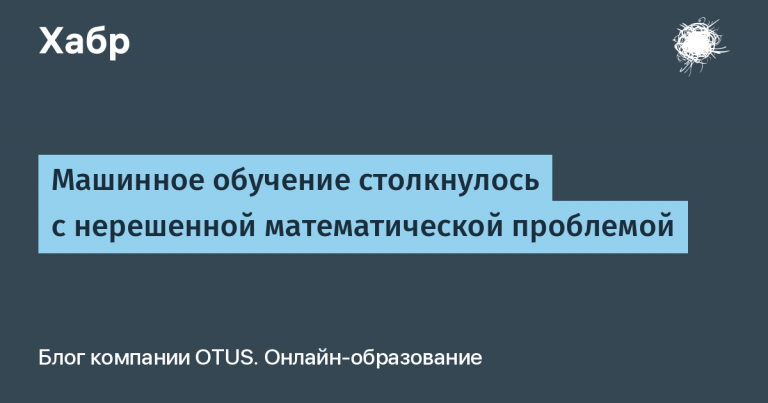