Hello everyone, this is Denis Weber.

One day, I was scrolling through my YouTube subscriptions and came across the Topless channel. In one of the videos there was just an unreal screensaver with 3D animation, and this screensaver inspired me so much that I decided to repeat it and talk about the creation process in my new video and article.

As usual, especially for those who like video format more than text, video I will leave at the end of the article.

If you start doing something new or buy something that you never had before, then you probably begin to notice everything around them that is connected with them.

For example, you bought fashionable Nikes and now every second passer-by walks in sneakers of this brand. Or they put braces, and then found out that half of your friends already wear them.

You will not believe, but everything is the same with 3D graphics. When I started doing 3D, I immediately began to pay attention to the graphics around, from films to ordinary advertising posters on the street.

Now every such meeting subconsciously challenges me. Will I be able to do the same, but better, if steeper and larger.

In a video from the Topless channel, I found such a screensaver.

And I decided to repeat it. Yes, of course not this one. But this one.

It was this screensaver that sunk into my soul. Although, when I saw it for the first time, it didn’t even cross my mind that I would ever be able to do something similar.

This is only 19 seconds of 3D animation, but until I started to disassemble each element and each neon sign, I did not realize one hundred percent how everything was thought out in it.

In this article and video, I will tell you how I repeated the intro from the Topless channel, why it is much more interesting than it seems and show you what I ended up with.

Initially, I wanted to repeat the screensaver in 24 hours. If you have already read my articles, then you know that it was not without difficulty, but I managed to repeat the intro from “What happened next?” for those same 24 hours, but I had no idea how much time I would spend this time.

I will probably never know who created this video (studio or freelancer), how much time it took to create and most importantly how much they were paid for all this. But I decided that there is no point in thinking about all this and wasting time, but you just need to start doing it and come what may.

I found several versions of the screensaver with different colors and music, but settled on this one. I liked that it was in it that the creators managed to convey the gloomy atmosphere of the quarter, in which the inhabitants never seem to sleep because of the light from all these neon signs.

I decided that I needed to start with blocking and schematically place the main elements. In fact, a small street should appear on the stage with buildings, windows, facades, billboards and a large railway bridge on which the tram will go.

It was really difficult to immediately find and model all the advertising signs. There are so many of them that I did not even try to count the number and, in order to simplify my task, I added ordinary cubes and planes in the places where they should be located.

In general, the quarter in the original video is worked out very well. There are pipes for ventilation of buildings, trash cans, stops, information stands and much more. The creators spared no effort and paid maximum attention to details, even in those places that the viewer most often does not notice the first time.

It was important to set it up correctly by moving the camera, because in the version of the intro, which I decided to repeat, the camera is synchronized with the music. And this immediately adds a hundred plus to the whole video.

The houses themselves have different sizes and shapes, but the correct placement and size of the signs helped me a lot when I was trying to guess the size of the buildings.

In the last frames, the camera pans out to a large square with a bridge at the very beginning of the street and an epic glowing Topless text appears on it. As you could understand, there will be no Topless inscriptions in my video, of course.

By the way, for the first time the original screensaver appeared on the channel in 2019, but its creators have not yet had time to be inspired by all the greatness of Cyberpunk 2077, which was released in 2020.

The structure of the video is well thought out. At the very beginning, the camera moves away from the bridge support in the form of a luminous cross, which is located in the center of the frame, and almost until the last frame the camera is aimed at this support. This is certainly a technique that allows you to correctly focus the attention of the viewer.

The bridge itself consists of supports, handrails and lighting, which is placed in certain places. While doing this project, I was once again convinced that if you correctly place small details, then the overall impression of the picture is enhanced at times.

There is a lot of light in the scene. And it plays almost the main role, because, according to the idea, it is night on the street and only signs, lamps and windows allow you to see the necessary objects. It took a lot of effort to adjust the light and, of course, to maintain the atmosphere of a gloomy city with streets wet from the rain.

In fact, for painting, I did not use as many textures as I planned at first. And of course, these were PBR – textures that are as close to reality as possible with their reflections, roughness and other properties.

A road with puddles runs through the entire block, reflecting the world around. With the setting of the road, I fumbled for a long time. It was necessary to place the puddles so that the signs were reflected in them in the right places.

It may seem that if the scene is so dark, then it does not matter what material will be, for example, on the sidewalk. But when I light all the signs, the picture will really change.

There are a large number of different buildings in the video and of course I will not talk about each of them. I can only say that some elements could be used for different buildings. For example, the balconies, windows, chimneys and neon lights only needed to be slightly modified and, in a good way, sculpted everywhere.

On the buildings, in addition to unusual advertising signs, there are also neon inscriptions. I have used several pseudo-language fonts. Basically, these are fonts reminiscent of Arabic and Chinese. I do not know these languages, but at least it will be possible to read the Latin alphabet.

I don’t want to repeat myself, but there are really a lot of signs and billboards here. And in each of them some sense is added, which, of course, I mostly did not understand. Therefore, I kept the design of some signs, but for others I came up with my own meaning and added references, perhaps understandable only to me.

For the animated signs, I used videos I created in After Effects and then loaded them into Blender. You can easily see all the signs in the final video if you pause it.

I spent the next few pleasant hours creating each sign in the project. Somewhere I also created video or animation and added it to Blender, and in other places I modeled full-fledged 3d models with neon tubes or fonts.

Although some models are barely visible, I wanted to repeat the splash screen as similar as possible, so I added mailboxes, gates, windows, awnings and everything that makes a real city out of an ordinary cluster of 3D models.

The camera moves away from the railway bridge and flies through the glowing lights. To create such an effect, it was enough to attach lamps of different colors to the walls of buildings and increase the blur by several frames when moving in the project. It turned out as if the camera was moving at some unrealistic speed.

It took some more time to create houses and signs in the general plan. It’s good that the signs were repeated here and there was no need to model new ones, but I still had to very carefully set up this part, because the number of objects here is simply unrealistic.

Next up is the bridge. And it was not as difficult to model it as it seemed. There are a lot of lights on the pillars of the bridge, and in the lower part there are small lamps that add the light that is so necessary here. And of course, there were some references, which I suggest you look for yourself.

Since this is an intro, I imagined that I was creating it for my channel. The animation of the letters here is outstanding and I had to watch it a dozen times before starting to create my own. Very soon you will be able to appreciate how close I managed to repeat it.

The last detail of the entire video is the city in the background. Perhaps it was drawn in 2d and then simply placed on a plane in the back, but I did not look for easy ways and decided to repeat it in 3d.
It really looks majestic and against its background the street along which we are moving looks very tiny.

In the buildings of the city there is still a lot of neon (where without it), bright lamps and a sea of ​​luminous windows.

Perhaps I managed to repeat these buildings more than one to one, as in the original, but I definitely retained this unique style.

It seems that I have finally finished modeling and right now I suggest you take a walk along this unusual, bright and atmospheric street in one of the fictional fantastic cities.

Another project is finished and every time such an intense and voluminous work is completed, I get great relief and delight. I hope you also like what happened.

Do not waste time thinking, just start doing and everything will work out by itself. 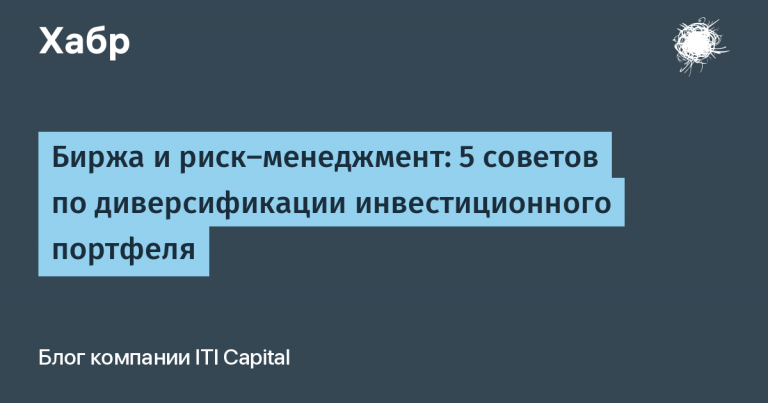