Recommender systems have become a real boom, and today it is difficult to imagine any conventional Lamoda without the “Perhaps you will be interested in other products” block. we have prepared for you a detailed article on what recommender systems are and how they can benefit your business.

What are recommender systems?

A recommender system is a complex of algorithms, programs and services, the task of which is to predict what a particular user may be interested in. The work is based on information about a person’s profile and other data.

A striking example of a recommendation system is Tik-Tok, which has been talked about a lot lately. For the first few days, users see everything in the feed, but then the application shows the user only the video of interest based on previous ratings.

Even music apps are not complete without recommender systems. Spotify has one of the best, which has recently “arrived” in Russia. A few days after installation, the program selects tracks for the user that are likely to interest him.

There are 4 chips of recommender systems:

Let’s take a closer look at each of them.

Recommendations are based on the history of ratings of both the user and others. In the second case, the systems look at customers whose ratings or interests are similar to yours.

Simple example: Gena and Vitya love to fish and order pizza in the evenings. They both love BMWs and drive BMWs. Then there is Oleg, who is also not averse to sitting with a fishing rod on the weekend and ordering pizza after a hard day at work. But he never thought about buying a BMW. Since his interests (assessments) coincide with Gena and Vitya, a BMW can be recommended to him.

Many services work according to this principle, for example, Imhonet or last.fm. The main advantage of this type is its high theoretical accuracy. But there is also a drawback: it will not work to show good recommendations to new users, because there is no information about them. Because of this, there will be a large failure rate.

This type underlies many recommender systems. Unlike collaborative filtering, the user experience is skipped. Products and services are recommended based on knowledge about them: genre, manufacturer, specific functions, etc. In general, any data that can be collected is applied.

Systems of online stores, online cinemas and other services work according to this principle. For example, IVI builds recommendations by genre, film-producing countries, actors, etc.

Platform creators use this type of systems in order not to lose new users, about which there is no data yet. This also has two drawbacks: at first the systems operate inaccurately and it takes more time to implement.

This type works on the basis of knowledge about a certain subject area: about users, products and others that can help in ranking. As in the case of “content-based”, the ratings of other users of the system are not taken into account. There are several varieties: case-based, demographic-based, utility-based, critique-based, whatever-you-want-based, etc.

In fact, the number of subtypes is limited by the imagination of the creators. When implementing a new project, depending on the field of activity, any subject area can be included in the recommendation system and ranked according to it.

For example, the Apple hardware store “reStore” selects sets for potential buyers, depending on the item being viewed:

When choosing a new PS4 game console, the site visitor is offered to buy additional gamepads, a virtual reality headset, popular games and other related products. As a result, the person makes more purchases and increases the company’s profit.

The obvious advantage of the system is its high accuracy. The M.Video recommendation system shows products that can really interest the visitor. It would be strange if, when choosing a PlayStation 4, the store advised a person to buy a kitchen set.

But there is also a minus – it takes a lot of time and resources to develop this system. But the result justifies the means.

Probably, there is no such field of activity in which there would not be found enthusiasts to collect “all in one”. Recommender systems are no exception. All types described earlier have certain disadvantages. Combining several algorithms within one platform allows, if not eliminating them completely, then at least minimizing them.

Large services and online stores use hybrid options. A little there, a little here, and a unique system is obtained. There is no universal instruction and recommendations for the implementation of such a tool. Everything is limited by the capabilities and imagination of the developers. For example, Netflix has 27 (!) Algorithms in its recommendation system.

There are several common types of combinations:

Usually these options are taken as a basis and supplemented at will and according to the criteria of the field of activity. As in the case of knowledge-based systems, the main disadvantage of hybrid systems is the complexity of development.

We figured out the purpose of recommendation systems – they offer customers those products and / or services that are more likely to interest them. With varieties, everything is also clear, so now let’s talk about the basic principles of activity and areas of application.

Data is collected in “explicit” and / or “implicit” ways. In the first case, the visitor is offered to fill out questionnaires, take surveys, etc. to determine his preferences. The method is effective, only users do not always agree to fill out questionnaires and take surveys. Therefore, they figure out how to interest them in this (usually they offer some kind of benefit in exchange).

The second method involves recording the behavior of the consumer on the site or in the application: which pages / sections he viewed, what he added to the cart, which and where he left comments, etc. With the correct organization of data collection and further analytics, the method gives good results. But there are a number of difficulties here too. First, looking at individual pages or product cards does not tell you whether the person ultimately liked the offer. Secondly, even if a purchase is made, it is difficult to guess what exactly prompted a person to make it.

As with the types of recommender systems, they are rarely used individually. Combine them for best results.

A well-tuned collection of information allows you to make recommendations relevant. With their help, the time of searching for the necessary goods or services is reduced, as well as the likelihood of performing related targeted actions increases. For example, a consumer wanted to buy only a smartphone, but as a result additionally purchased a case for it. When a consumer spends a minimum of time looking for the right things and gets what they want, their loyalty to the platform increases.

Another important point in the work of recommender systems that should be taken into account is confidentiality. They can predict such results and identify such patterns that the user did not even think about or did not want anyone to know about it.

As for the spheres of application of recommender systems, here, in fact, there are no restrictions. Earlier, we have said more than once that everything depends on the imagination of the developers. They can be used in applications, online stores, online cinemas and other services that offer some kind of content, goods or services.

Any company, even a small online sofa store from the region, should use recommendation systems. They will help you retain existing customers, attract new ones, and increase profits.

So far, the use of recommendation systems is mainly used by large companies with large reserves of resources. In the small and medium business environment, they are slowly gaining popularity due to a number of misconceptions.

It is difficult to collect and prepare data for AI

For the recommendation system to work, they collect a DataSet and sales information for the last few months or years. If an online cash register is introduced into the activities of a service or an online store, then the issue of accumulating the necessary data is resolved. It remains to bring them into proper form and begin to apply them in practice.

Entrepreneurs and small organizations often do not believe in the accuracy of software solutions. A common reason for not using recommender systems is not knowing how to measure and evaluate benefits. In reality, all this can be measured, and this is done quite simply. And the experience of large companies proves that there is a benefit from the introduction of recommendation systems.

It takes a lot of money to implement

Yes, resources are needed to create and implement a recommendation system, but not in such large quantities as it might seem at first glance.

First, it all depends on the size of the business. If the service, online store or other enterprises are small, then little money will be required for implementation. Second, you don’t have to build your own system from scratch. It is enough to use a ready-made framework (TensofFlow, Apple Core ML) or an external solution (Google ML Kit). This will significantly reduce costs.

In practice, it has been proven more than once that recommendation systems increase sales and increase the number of returning customers. Investments for implementation and implementation can return in 3-6 months.

In this article, we tried to provide the necessary information about recommendation systems that a beginner product or entrepreneur should know. Of course, implementation is closely related to programming, mathematical formulas and other technical jungle, which can be talked about for a very long time. You may not understand all the intricacies, because usually the creation and implementation of the recommendation system is entrusted to an experienced programmer.

Your task is to understand the usefulness of the tool and plan its implementation in your project (it doesn’t matter if it already works or you are just going to start implementing it). It will help increase sales and, as a result, profits, so don’t put recommendation systems on the back burner. 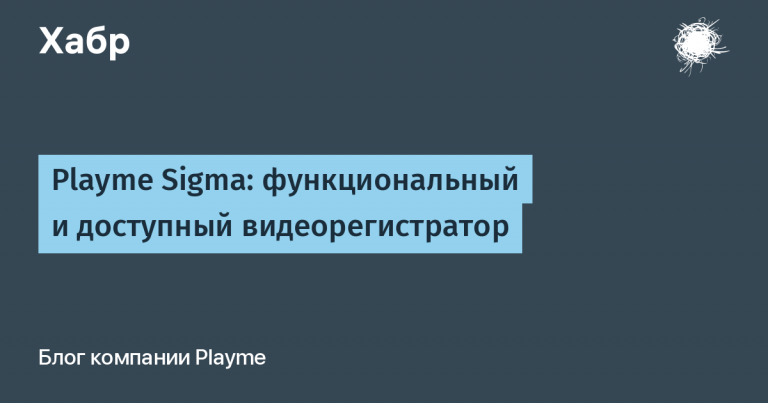