“Quantum entanglement through the eyes of a hacker. Part 1″

, where theoretical difficulties were considered that do not allow building communication using quantum entanglement. During the analysis of experimental schemes, important conclusions were formed, which play a key role in understanding the existing limitations and constructing methods for their solution. Therefore, I strongly recommend that you read the first part of this post, if you have not already done so. In this part, we will come to the practical part of our research.

Previously, we managed to build a quantum eraser circuit with the ability to recover information. The resulting scheme made it possible to determine the measurement axis of entangled pairs in the presence of three possible states of polarization. But unfortunately, we failed to obtain the necessary quantum states of entangled pairs.

Based on the experiments carried out, it can be concluded that this problem cannot be solved using only interference. An additional physical phenomenon will be required. Let’s try to approach the solution of the problem from the other side.

The essence of the experiment is as follows: if photons have horizontal or vertical polarization, then in both cases a superposition occurs between two slits, creating a picture of two-slit interference on the screen. And if photons have polarizations (H + V) and (H – V), then all 4 slots participate in the superposition. In the latter case, we get not just interference, but 4-slit diffraction.

The main parameter of a diffraction grating is its period (d), which is equal to:

when the period (d) is halved, the number of observed maxima on the screen should also be halved. This means that if the photons are polarized along the (H+V) and (H-V) axes, then we should get two times fewer maxima on the screen than if the photons were polarized along the H and V axes. But in order to obtain the photon polarization along the (H + V) and (H – V) axis, you will have to perform quantum erasure using entangled pairs, or you will have to perform quantum erasure locally by placing a linear polarizer diagonally in front of the screen. We will choose the second option to test the results of this experiment in practice:

It can be assumed that the reason for this is the equal conditions for the passage of photons H and V through the diffraction grating. Let’s try to create unequal transmission conditions for photons with horizontal or vertical polarization.

3-SLIT EXPERIMENT ON A DIFFRACTION GRATING
Consider a 3-slit experiment on a diffraction grating. Linear polarizers are located on each slot, the directions of which alternate. Photons with horizontal polarization can pass through slits 1 and 3, while photons with vertical polarization can only pass through slit 2. At the same time, a plate with nematic liquid crystals is installed at the exit of the 2nd slit, which rotates the direction of linear polarization by 90°. This makes it possible to obtain the same direction of linear polarization at the output from all three slots. The scheme of the experiment looks like this:

The essence of this experiment is as follows: for photons with horizontal polarization, a picture of two-slit interference will appear on the screen, and for photons with vertical polarization there will be no interference. If the photons are polarized (H+V) and (H-V), then a three-slit diffraction pattern should appear on the screen, which differs from the two-slit interference pattern. In the latter case, we expect to see the following 3-slit diffraction pattern:

Let’s try to conduct a real experiment and look at the results. Photons with horizontal polarization, as expected, create a picture of double-slit interference on the screen:

And photons with polarization (H + V) for some reason give a completely different picture of 3-slit diffraction, which we expected to see:

What is the reason for such a picture? Even though we have the same direction of linear polarization at the exit of each slit, the 90° rotation of the vertical polarization resulted in the waves stacking quite differently from 3-slit diffraction. After much thought, the following hypothesis was formed: the 2nd slot has such an effect in which the waves that should have canceled each other, on the contrary, increase, and the waves that should have strengthened each other cancel each other out. As a result, we get an inverted 3-slit diffraction, in which maxima appear instead of a minimum, and minima appear instead of maxima:

Small minima in the center of each maximum are also clearly visible in the experiment with the naked eye, although they were not included in the photograph (unfortunately, the camera has a smaller dynamic range compared to the human eye, and provides uniform illumination of diffraction maxima).

In the course of our searches, we, apparently, discovered a new phenomenon in quantum mechanics, like “inverted diffraction”, which has not been previously described in the scientific literature, and perhaps has not yet been studied by official science. It is difficult for me to say what wave function this phenomenon will have, I think physicists will figure it out. But we will move on to the next step, since we have a slightly different task.

Next, we need to find out how the picture on the screen will change if the photons at the input are equally polarized (H+V) and (H-V). Take the cooler from the PC case and attach a disk with a large number of holes to it. We install polarizing films with alternating directions of linear polarization on these holes. Rotating the cooler at high speed will result in alternating linear polarization (H+V) and (H-V) at the input of the diffraction grating. As a result, we will see on the screen an overlay of diffraction maxima for the initial states (H + V) and (H – V), which will have a phase shift relative to each other as follows:

As you can see, quantum mechanics has found a very original way to get out of this situation. The rotation of the polarization on one of the slits led to unexpected consequences, in the form of “inverted diffraction” and violated our plans. Is it possible to get around these difficulties? What prevents us from conducting a pure 3-slit experiment, without any measurement and rotation of the polarization on the slits? Let the photons, as they say, choose for themselves which slit they pass through. Having slightly rephrased, we get the problem statement for the following experiment: it is necessary to create such conditions under which photons, depending on the quantum states, must pass through one or another gap, which we consider necessary, without making any measurement or transformation of their quantum state on a diffraction grating. It sounds crazy, but since we are already used to solving such problems, we will try to solve this one as well.

3-SLOT EXPERIMENT WITH GIVEN INITIAL CONDITIONS
To create the initial conditions, we will use the scheme of the “quantum eraser with the possibility of information recovery” experiment, which we considered in detail in the previous part of our article. Only instead of an interferometer, we will use a double-slit plate, with H and V polarizers installed on each slit. At the exit of the second slit, we will also install a plate with nematic liquid crystals to rotate the vertical polarization by 90°. This will make it possible to obtain interference for the initial states (H+V) and (H-V). The states H and V will then pass through only one of the two slots.

At a certain distance from the first plate with obstacles, we will place the second plate, on which three slots will already be located. The scheme of the experiment will look like this:

Since the H and V states do not interfere when passing through the first plate, in the second obstructed plate they will be able to pass through all 3 slits, producing a 3-slit diffraction pattern. It should be noted that when passing through each slit, photons are no longer subjected to any measurements and transformations of their quantum states, which means that they obey the classical laws of diffraction. Accordingly, for photons with initial polarization H, we will get on the screen the usual pattern of 3-slit diffraction:

Photons with initial polarization V will also have the usual 3-slit diffraction pattern, but will have a phase shift of half the wave period, since they will pass from another slit on the first plate. The superposition of diffraction maxima for the initial states H and V, according to the calculations, will look like this:

As you can see, the superposition of two maxima leads to the fact that the resulting picture does not differ from the picture of two-slit interference when the photons had a polarization (H+V). But there is a significant difference – photons with the initial polarization (H-V) were evenly distributed over the screen, since they passed through the same slit and could not interfere. In this case, we see clear minima, in which photons almost do not fall. This is a consequence of the inequality for different directions of polarization that we were trying to achieve.

It is not difficult to guess that if there were a second slit for the passage of photons (H-V), then the picture would become indistinguishable for any direction of the initial polarization (because it would not have a uniform distribution of photons over the screen). By forcing photons (H-V) to pass through only one slit, we violated the possibility of interference for one of the polarization directions.

As a result, it will be possible to determine in what basis Alice measured her part of the entangled pairs by the intensity of photo hits in the interference minima. In one case there will be more, and in the other case less. If the experimental results agree with the presented theoretical calculations, then this will mean that quantum entanglement still allows information to be transmitted.

I believe that we have succeeded in solving the set task and transferring the theoretically impossible task to the plane of practically observable experimental data. This means that they were able to find the right keys to the secrets of this amazing world, opening up incredible opportunities for communication, teleportation and various other tasks. 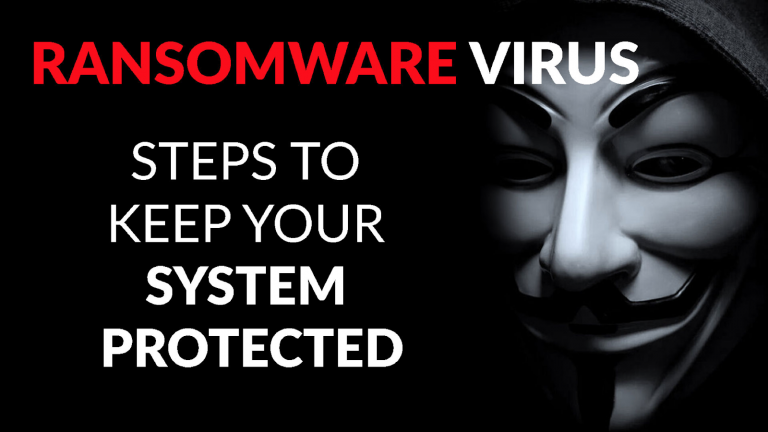