With the launch of SpaceX DM-2 in the USA, something that has not been observed for almost ten years has finally happened: a manned flight into low Earth orbit with the help of domestic launch vehicle and spacecraft. It was a long period of stagnation, lasting much longer than anyone could have expected in NASA, and in the rest of the world, too. Due to numerous delays and canceled programs, the agency, which left traces on the moon and built the iconic Space Shuttle, had to rely on Russia since 2011 to deliver its astronauts into space.

NASA would still have to wait for the launch of its own astronauts if it relied on America’s traditional aerospace giants. The first flight of the Boeing CST-100 Starliner to the ISS in December last year turned out to be an unfortunate fiasco, during which an unmanned capsule was almost lost. The investigation showed that under-developed software and poorly designed testing caused at least two major failures during the mission, which eventually had to be interrupted. The vehicle did not even manage to reach the ISS altitude, not to mention the docking. NASA and Boeing agreed on another attempt to test the CST-100 before the end of this year, although, given the pandemic, a delay until 2021 seems almost inevitable.

But America’s long return to manned flights cannot be blamed only on the failed CST-100 or even the slow-moving Boeing Corporation. After the cancellation of the Shuttle program, NASA was constantly confronted with the indecision of politicians. Due to the fact that the White House was moving from Democrats to Republicans and vice versa, the Agency had to fight for at least some progress in achieving one goal or another.

We, although not NASA, however, we also ate a dog during the preparation from scratch of complex fascinating projects.

For most of our completed tasks, we have completed a preliminary and complete software design, which includes: creating a software architecture, writing technical specifications, modeling business processes, marketing an interface, drawing up a work schedule, risk assessment.

It is often claimed that the Space Shuttle was canceled without an alternative, but the reality is somewhat more complicated. Less than a year after the tragic death of Columbia in 2003, President George W. Bush published his Vision for Space Exploration plan, which will allow NASA to send an aging shuttle fleet to an honorary pension, while retaining America’s launch capabilities and global leadership in space exploration.

This document instructed NASA to complete the initial construction of the ISS by 2010, and after the main tasks facing the space shuttles are completed, the Shuttle program should be phased out. At the same time, NASA was supposed to develop a Crew Exploration Vehicle: a capsule ship for delivering American astronauts to the station, to the moon, and possibly even to Mars. Tests of this relatively simple vehicle were supposed to begin by 2008, which was more than enough time to bring it to operational status by the time the Shuttle completed its last flights related to the ISS assembly.

The main goal was the separation of crew and cargo. The Space Shuttle is an attempt to create a single vehicle both for the crew and for delivering heavy loads into orbit, but in the end the shuttle was an unsuccessful solution for both tasks. It was unnecessarily cumbersome and complex to simply deliver people to the ISS, but at the same time, the design and operational parameters limited the types of payloads that it could carry.

Simply put, the White House came to understand that the space shuttle was an unsuccessful experiment that not only cost the lives of fourteen American astronauts, but also consumed too much NASA’s resources and resources. The goal of Space Exploration was to bring NASA back to a safer and more stable path with the ultimate goal of breaking out of the Earth’s low orbit and returning to the moon by 2020.

In response, NASA developed the Constellation program in 2005. It consisted of two different launch vehicles, one of which was intended for a spacecraft with people, and the second – for a heavy cargo ship, the carrying capacity of which exceeded the Shuttle eight-fold. According to the new program, a large space cargo ship was first launched (to the moon or to Mars), and later the crew flew on a smaller rocket, followed by the meeting of both ships in orbit at their final destination.

The program also included the development of the Orion capsule and the Altair lunar spacecraft, strongly reminiscent of their Apollo counterparts. It was even planned to use an upgraded version of the Rocketdyne J-2 engine, which was powered by the Saturn V rocket, although due to modern safety requirements, this idea was quickly abandoned.

Unfortunately, the Constellation program was not spared by all kinds of delays and cost overruns. Part of the problem was that NASA still had to finance and operate the space shuttle and the ISS, which created a huge burden for the agency. The transfer of money and engineers to a new project due to the Shuttle program, which so far delivered astronauts, could lead to another disaster. It is not surprising that the Constellation program has not become a priority.

In 2009, NASA completed a test flight of Ares IX, a prototype launch vehicle designed to deliver the Orion capsule with humans into low Earth orbit. Although everything went well, it will be the only flight associated with the Constellation. Only the first step was “real”, the rest of the parts were mock-ups. The inferior Ares IX has become a symbol of how little the Constellation program has progressed.

By that time, the new President Barack Obama was sitting in the White House, and, as is often the case with a change of administration, the new leadership decided to cut costs and optimize the industry. A report on the current state of affairs for President Obama stated that the completion of the Constellation program would cost at least $ 150 billion, and even in this case, a return to the moon or a flight to Mars is unlikely in the foreseeable future. Based on these results and what the president called the “lack of innovation”, the program was officially canceled in 2010; one year before the space shuttle was supposed to make its last flight.

In search of a more modern and flexible approach to delivering cargo and crew members to low Earth orbit, the Obama administration has taken decisive steps to engage commercial operators in NASA operations. Funds were allocated for the new Commercial Launch Program Commercial Crew Development (CCDev), and the task was to find companies that could design, build and operate their own manned spacecraft.

The Boeing CST-100 was one of the first projects to receive funding under the CCDev program, as was the Dream Chaser spacecraft in Sierra Nevada. In the event of unforeseen circumstances, the development of the capsule for the Orion crew was continued if NASA’s new commercial partners were not able to release anything workable.

With the completion of the Shuttle program, it became clear that America would have to rely on Russian spacecraft to deliver astronauts to the International Space Station, but this was taken as a temporary measure.

When the second phase of the CCDev program began in 2011, the Boeing was confident that the CST-100 would be able to begin test flights with the crew in 2014, and NASA believed that Orion would be ready for operational flights to the ISS by 2016.

While NASA and its traditional partners in the aerospace industry had to redesign a manned spacecraft, SpaceX had already launched its Dragon capsule into low Earth orbit using its own launch vehicle and were preparing for their first mission to deliver cargo to the ISS. SpaceX received funding through a cargo-only version of CCDev, known as Commercial Orbital Transportation Services (COTS), and quickly made a name for itself.

← In 2012, SpaceX already successfully sent Dragon to the ISS.

Therefore, when the third phase of CCDev opened in 2012, SpaceX quickly led in this game. Not only was the version of their spaceship completed and already flown, but they were unique among all CCDev members in that they also developed their own launch vehicle. This vertical integration was not only the key to significantly reducing SpaceX’s operating costs, but it also provided a fast paced iterative design process that competitors simply could not keep up with.

In 2014, NASA officially selected SpaceX as one of its commercial launch partners, and they were allotted $ 2.6 billion to develop a modified version of their Dragon cargo capsule for crew missions. The new capsule was expected to be tested and certified in 2017.

But SpaceX was also committed to delivering cargo under COTS, which, combined with delays due to standard reasons and the inevitable difficulties of developing a manned spacecraft, pushed the first test flight of the new Crew Dragon for 2019.

Since the final completion of space shuttle flights was officially announced, their “foggy” replacement has been constantly located several years from the first flight. But even having 8 years left, until the day when Atlantis went on its last flight, NASA had nothing to show, all the time and money was spent on the ghostly pursuit of paper rockets. Despite a ten-year development, the CST-100 and Orion have still not begun operational flights. The traditional aerospace industry has failed to respond to the challenges of the time.

Benken and Hurley aboard Crew Dragon →

By delivering astronauts Robert Benken and Douglas Hurley to space, SpaceX officially completed the complex chapter in NASA’s history. This not only means that the agency has returned to domestic means for completing space missions, but also shows that traditional approaches are not unshakable.

The dark horse effectively rode around the dinosaurs and the democratization of space has never been so close before. It is difficult to say for now what the next decade of human spaceflight will look like, but there is no doubt that it will be much more exciting than the previous one. 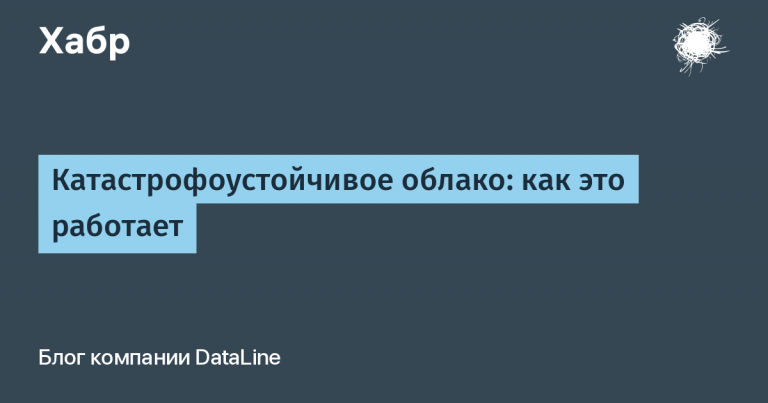