In this article, I will not touch on the questions “Why Paraguay?”, “And who should work in that Paraguay?”, “Do they speak English in Paraguay?”, “What’s with the IT sector?” and so on.

The procedure for obtaining permanent residence described below assumes the presence of a number of documents drawn up and apostilled in the Russian Federation. The absence of one of the required documents means that you will not be able to apply for this procedure. The procedure for filing documents on the basis of an application for political asylum is not considered within the framework of this article.

First, consider the geography of Paraguay. On the one hand we have the capital – Asuncion. All state institutions, head offices of firms, etc. are concentrated in it. Second in size, but not in importance, is the city of Ciudad del Este, which provides approximately 60% of Paraguay’s GDP through the construction and operation of the Itaipu dam jointly with the Brazilians. The basis of the CDE economy is trade with neighboring countries – Brazil and Argentina. There is another city Encarnacion bordering Argentina, and numerous settlement colonies (mostly German), about which I read as a teenager. The population of Paraguay does not exceed the population of Moscow, while being scattered + – evenly throughout the country, with a lower density in the Chaco region (the climate there is completely unbearable). The place where I decided to settle is Ciudad del Este. Having lived here for almost two months, I have only a fragmentary idea about the rest of the country.

Ciudad del Este, together with the Brazilian city of Foz do Iguaçu, is a free economic zone that you can enter without bothering to obtain entry and exit stamps. There is no passport control at the border, those wishing to obtain legal entry or exit go to the appropriate office themselves. I arrived here on Thursday, January 20, 2022. Stopped on the Brazilian side. The next day at 7 am visited immigration office.

Here I was given a complete set of documents that must be provided for registration radicacion permanente. I have seen this list before. official website, here he only clarified where exactly and what to do. Further here I will refer to the points of the instructions issued to me.

Immediately on the same day, so as not to lose much time, reached hospital where I was told to come on Monday at 6 am. Along the way, he took the test for coronavirus (antigeno) required for official entry into Paraguay in private clinic RH+ for 130,000 Gs, got the results in half an hour.

Just before closing, I managed to police, department of identificaciones. There he immediately paid 250,000 Gs for the Certificado de Antecedentes (no criminal record) and 300,000 Gs for the Certificado de Interpol. Both of these certificates are obtained in Asuncion, and are rumored to cost 65,000 and 86,000 respectively. But there is an opportunity not to travel to Asuncion, but to add a police officer to WhatsApp, who will do it all through his own channels. Looking back, in my case, I do not regret using the service offered. Having given the money, it is important to remember the name and appearance of the officer with whom you specifically work. It is he who then will have to be looked for in the police station among the queues of those who make documents, by analogy with the Departamento de Identificaciones, this will be our OVIR. They said to come back in a week for the documents. Thus, I started the process according to paragraph 2 and paragraph 7 from the list.

Having officially entered Paraguay for an antigen test in a Paraguayan clinic, on January 24, I stood in line at the clinic, where they gave me a certificate that I was healthy. All this took surprisingly little time and zero money. I think I’m just lucky. I recommend that those following in my footsteps take at least some tests with them – a general blood test, etc. The seal of the Ministry of Health in this clinic is put by the doctor from Consultorio himself. This is what my Certificado medico looked like (item 4)

After wandering around the city and asking people around, I realized that most likely there are no certified Russian translators here. Thus, I had to turn to the Russian-speaking community, which I intuitively shunned after hearing stories of helpers creating havoc and fishing in troubled waters (in particular recent history has led to the fact that specifically the Russians began to require a visa). Nevertheless, I received a positive response from the Russian speakers, in particular, thanks to Alexander Paraguayan and Victor Kim for recommending a translator – Neli from Fram. She has a large load on translations, so it took quite a long time. But it’s cheap, and there were no questions about the translations. Sent documents to Neli for translation:

Total for translations: 7 pages for 490,000 Gs + 25,000 Gs for shipping, deadline ~ a week. When ready, I sent the money through the branch of the Regional Bank, having stood there for an hour in line, and received it through the AEX company, where the package of documents hung in the delivery for several days.

With these documents, you can already apply for the Certificado de Vida y Residencia (p. 6), which is obtained at any regional commission. There are various options for obtaining this certificate, the most common is to rent a house with a contract of at least 6 months, provide a contract and Certificado de Antecedentes, as well as two simple photocopies of documents (sedulas) of neighbors. I was lucky, and my landlord went to meet me, providing a contract, as well as photocopies of saddles. The contract passed without notarization, in a simple written form. I was lucky, and I managed to do it all on the same day.

It should be mentioned here that things are done slowly in Paraguay. While waiting for my translations to be completed and sent from Fram, I set out to explore the city and its surroundings. As part of this article, I will not write anything about this, those who wish can read the notes in my telegram channel. There you will shine, and squalor, and stray tiktokersand waterfalls.

On February 7, 2022, I entered migraciones with what seemed to me a complete set of documents. Solvencia economica I was going to do on the basis of a university diploma, for this I made a declaration in the nearest notary office (escribania) stating that, they say, I undertake to work only in the specialty indicated in the diploma. Escribania also added a fixed salary amount to the formula, below which I pledge not to work.

In migraciones, a freshly baked circular was waiting for me

From February 4, 2022, everyone who completes the solvencia economica through a diploma is also required to confirm that the course of study is at least 4 years and 4300 hours. My diploma was translated without an insert, and an additional translation was required to establish compliance with its requirements. There were also complaints about the documents issued to me by the police (!) They found fault with the incorrectly indicated place of my birth in the documents. Instead of “Moscú, URSS” it was simply “URSS”. They also said that the name on my Certificado Medico was misspelled and they offered to redo it. Otherwise, they told me, all your documents are in order, only this remains. After conferring with Neli and starting the process of translating the diploma insert (200 Gs + 30 Gs for shipping by Rysa, it seemed to us it would be faster), I went to the police and gave them the documents for alteration. On February 8, I went to the Hospital Regional, did not find the right doctor, on February 9, in the morning, I managed to catch her, as a result, I received a corrected medical certificate.

A week later, when the translation of the insert for the diploma was ready, I tried to pick up my papers from the police and go to the migration again. Then another officer received me, called somewhere, and he was told that (surprise!) Russians also needed a visa. What kind of visa – no one really knows, even the officer himself. That is, a visa, as I understand it, any, namely:

I received a visa on March 3, having run a lot. This process is described in detail by me. here, and for everyone who will apply in my footsteps, I recommend making a visa in advance, in any country where there is a Paraguayan consulate. Then there was a trip to Asuncion to verify the visa. In parallel with this, well-known events took place (Visa and MasterCard announced the termination of servicing Russian bank cards), and I withdrew a large amount of money from ATMs. After counting, I realized that it was just enough to apply for solvencia economica through a deposit.

On Sunday, March 6, I went to visit Asuncion, on Monday morning I verified the Paraguay no residente visa received in Argentina for $ 20. On March 9, finally managed to get the corrected Certificado de Antecedentes and Certificado de Interpol from the police, 10 made a deposit of 31,000,000 Gs in state bank (I needed notarized copies of the passport and Certificado de Interpol), and on the same day I successfully applied for Radicación Permanente, about which I have a certificate.

They promise a resident card in 5-6 months, on the same day I can take my cash deposit back and invest in some local bank. I can also get a driver’s license and a gun license if I want to. The article is purely technical in nature, it does not touch upon the hardships and hardships inherent in emigration, as well as, for example, the 40-degree heat that does not let go during all these two months. Happiness and health to everyone, a peaceful sky above your head! 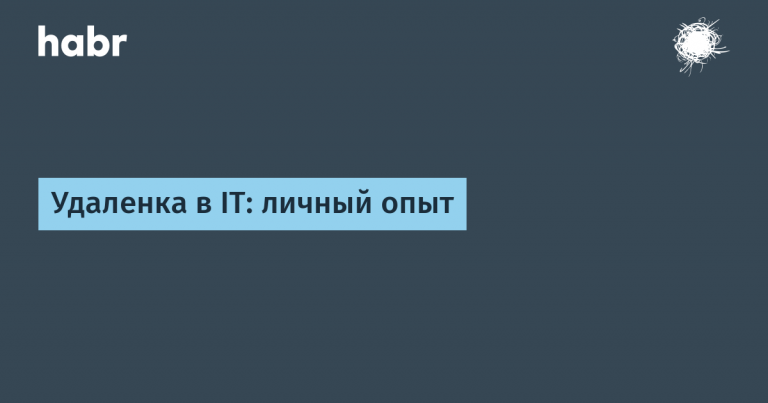