What is a BMS?

The monitoring system of engineering systems in the data center is a key element of the infrastructure that directly affects such an important indicator for the data center as the speed of personnel response to emergencies and, therefore, the duration of uninterrupted operation.

BMS (Building Monitoring System) monitoring systems are offered by many global data center equipment vendors. During Linxdatacenter’s work in Russia, we had the opportunity to get acquainted with different systems and encounter diametrically opposed approaches of vendors to operate these systems.

We tell how we completely updated our BMS system over the past year and why.

The root of the problem

It all started 10 years ago with the launch of the Linxdatacenter data center in St. Petersburg. The BMS system, according to industry standards of those years, was a physical server with installed software accessed through a client program (the so-called “thick” client).

There were few companies offering such solutions at the time. Their products were the standard, the only answer to an existing request. And we must give them their due: both then and today, market leaders as a whole cope with their basic task – the delivery of functional solutions for the operation of data centers.

The logical choice for us was the BMS solution from one of the world’s largest manufacturers. The selected system at that time met all the requirements for monitoring an integrated engineering facility, which is a data center.

However, over time, the requirements and expectations of users (that is, us, data center operators) from IT solutions have changed. And large vendors, as shown by an analysis of the market for proposed solutions, were not ready for this.

The corporate IT market has been heavily influenced by the B2C industry. Digital solutions today should ensure the convenience of the end user – this is the goal developers have set themselves. This is evident in the improvement of user interfaces (UI) and the quality of user experience (UX) of many enterprise applications.

A person gets used to comfort in everything that relates to digital tools in everyday life, and makes the same demands on the tools that he uses for work tasks. People expect from corporate applications the same visibility, intuitiveness, simplicity and transparency that are available to them in financial services, taxi calls or online shopping. IT professionals who implement solutions in the corporate environment, also seek to get all the modern “goodies”: simple deployment and scaling, fault tolerance and unlimited customization options.

Major international vendors often overlook these trends. Based on their many years of authority in the industry, corporations in working with customers are often categorical and inflexible. The illusion of their own indispensability does not allow them to see how young technology companies appear literally under their nose, offering alternative solutions tailored to a specific customer, and without overpaying for the brand.

Disadvantages of the old BMS system

The main disadvantage of the outdated BMS solution for us was its slow work. Investigation of several events related to the insufficiently fast response of the personnel on duty helped us to understand that sometimes events were displayed in the BMS system with a long delay. At the same time, the system was not overloaded or faulty, just the versions of its components (for example, JAVA) were outdated and could not work correctly with new versions of operating systems without updates. It was only possible to update them together with the BMS system, while the vendor did not ensure automatic version continuity, that is, for us the process would be almost as laborious as the transition to a new system, and the new solution would retain some of the shortcomings of the old one.

Requirements for the new BMS system

Given the above, our main requirements are as follows:

At that moment, when we realized that the data center had outgrown its BMS, the most obvious solution was updating the existing system. “They don’t change horses at the crossing,” right?

However, large corporations, as a rule, do not offer custom changes to their decades of “polished” solutions sold in dozens of countries. While young companies are testing the idea or prototype of a future product for potential consumers and relying on user reviews in product development, corporations continue to sell licenses for a once really cool, but, alas, outdated and not flexible product.

And we felt the difference in approach on ourselves. In the course of the correspondence with the manufacturer of the old BMS, it quickly became clear that the vendor’s proposed upgrade of the existing system would actually result in us buying a new system with a semi-automatic transfer of the base, high cost and pitfalls during the transfer, which even the manufacturer itself could not predict. Of course, in this case, the cost of technical support of the updated solution grew, and there remained the need to buy licenses for expansion.

And the worst part is that the new system could not fully satisfy our reservation requirements. The updated BMS system could be implemented, as we wanted, on a cloud platform, which would allow us to abandon the hardware, but the reservation option was not included in the price. For data backup, we would have to buy a second virtual BMS server and an additional set of licenses. At a cost of one license of about $ 76 and the number of IP addresses of 1,000 units, $ 76,000 of additional expenses are accumulated only for licenses for the backup machine.

The “cherry” in the new version of BMS was the need to purchase additional licenses “for all devices” – even for the main server. Here it is necessary to clarify that there are devices connected to the BMS through gateways. The gateway has one IP address, but controls several devices (on average 10). In the old BMS, this required one license for the IP address of the gateway, the statistics looked something like this: “IP addresses / licenses 1000, devices 1200”. The updated BMS worked on a different principle and the statistics would look like “IP-addresses 1000, devices / licenses 1200”. That is, the vendor in the new version changed the principle of assigning licenses, and we had to buy an additional approximately 200 licenses.

The budget of the “update” as a result consisted of four points:

The total project cost was more than $ 100,000! And this is not to mention the need to purchase licenses for new devices in the future.

In the end, we realized that it would be easier for us – and maybe cheaper – to order a system created from scratch, taking into account all our requirements and providing for the possibility of modernization in the future. But those who wanted to develop such a complex system still had to find, compare proposals, choose and go with the finalist the way from TK to implementation … Read about this in the second part of the material very soon. 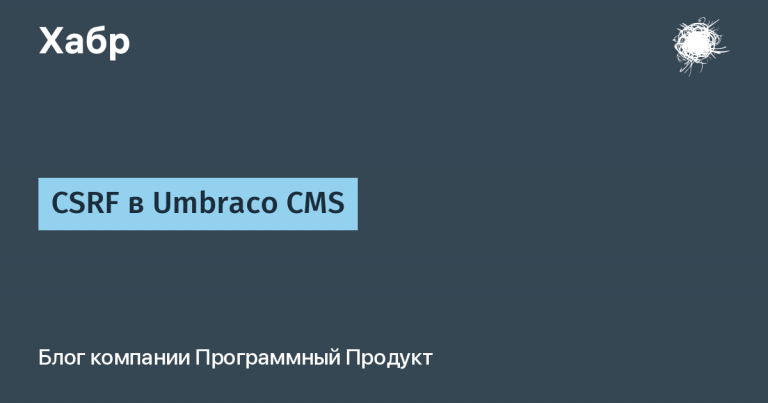