Machine learning is one of the fastest growing industries in IT. This area is growing by 44% every year. And, by analytics of expert forecasters, by 2024 the market size will already be over $ 30 billion, which is 25 times more than in 2017. Many companies are already realizing the value of machine learning for their own business. And the goal here is pragmatic – money. ML Professionals help companies increase their income.

But if a machine learning engineer can bring profit to companies, then he can create his own successful project. In this article, we will tell you in which industries and how exactly he will be able to monetize his skills. So let’s go!

Any large online trading company collects a huge amount of information about its customers (alas). Everyone’s preferences, character and history of orders are collected from the CMS and often lie dead, taking up space on the server.

A machine learning engineer is able to set up a marketing personification system so that every visitor can immediately see products and categories in the online store that will interest him.

You don’t have to look far for examples. More than 1.6 billion people are registered on Facebook – the social network has data on names, geolocations, work, hobbies, marital status, having children, etc.

At the same time, Facebook has over 60 million business pages that launch advertising campaigns. Every day, the neural network of the social network processes over 60 billion user interactions with each other and more than a billion – with ads and goods in order to select more relevant offers.

Even with some data security concerns, Facebook’s machine learning system for personalizing ad campaigns remains one of the most powerful in the world.

But for competent analysis it is not at all necessary to process such a huge amount of information. For example, in an Amazon online store, personalization works like this. Recommended for the buyer will come across products from the headings that he views and buys most often. If a person buys books, then the recommended book will include:

Quite a simple notion, but it allowed us to increase sales in the target categories that visitors are interested in by 15%.

This works not only for online stores, but for any companies, even for small and rather narrow-profile ones. Many data can be found simply by asking the buyer to log in through the social network. But even more interesting, personal information of users is not always needed to personalize marketing.

For example, here’s how the Very online store was made. It only uses the username to personalize marketing. But at the same time, it takes into account the weather outside the window and the user’s geolocation. As a result, when entering the site, a person receives the most personal offer.

This works not only for sales, but also for increasing customer loyalty. And integration with any weather service is one of the simplest yet most effective ideas for machine learning.

Building an analysis system like Facebook requires a huge ML department and colossal manufacturing facilities. Implementing an idea like Amazon’s is also difficult, but a system like Very can even run a middle-specialist alone. It all depends on the creative approach and competent implementation.

Immediately after the appearance of neural networks, they tried to use them to analyze stock markets. The successes were rather weak, because stock exchanges are influenced by hundreds and thousands of parameters, and very often even random events.

But the narrower the scope of analysis, the better machine learning results. Moreover, it works even better for small companies than for large corporations – it is more accurate to predict market behavior.

For instance, small case a company that sells kitchen blenders in the United States. Using machine analysis, experts found 34 categories of goods that customers willingly purchased with blenders, thereby increasing the average purchase order by an average of 15-25%. Such a case can be repeated on freelance for various online stores, the number of which has only grown during the pandemic.

Each of the customers of the online store is looking for something different. And each of them has an individual path from interest to purchase. Only machine learning algorithms can competently analyze them. After all, even a full-fledged path for one buyer is extremely difficult to manually build, but what if there are tens of thousands of them?

Spotify, a well-known music service, has a very cool case on this topic. In 2017, the company acquired two machine learning projects and began testing their developments in creating collections of music for users.

The service analyzed the music that users save to their own selections, and offered recommendations based on these preferences. 30 songs every week. And it turned out that the service gives out recommendations that are liked by the absolute majority of listeners.

Data engineers have created a rather sophisticated model of analyzing the context and styles of songs and matching them to the preferences of each listener.

And this step was just a double win for the company. The loyalty of listeners has increased even more, the service has attracted a large number of new users. At the same time, the number of listens to songs of little-known music groups and artists without labels has increased significantly, which greatly motivates musicians to upload their music to Spotify. So one algorithm, created by machine learning specialists, solved two problems at once.

Yes, it took months of work of two machine learning teams to bring it to mind, but the service received much more dividends from it.

But there are also simpler examples – regular chatbots or machine learning-based voice assistants. Bank of America is one of the first large financial institutions to launch a bot to unload its own call center.

As a result, already in the first 3 months Eric’s bot successfully processed one million requests from users. Today, the bot has become a full-fledged financial assistant and has already processed 100 million requests, thereby saving the company more than 8 million man-hours. And this is tens of millions of dollars in monetary terms.

Open platforms for analytics and statistics

Big data is now called the “new oil”. There is so much information today that even in open sources one can find an unimaginable amount. Even on the basis of public data from the Internet of Things or social media, high-quality analyzes and predictions can be made.

At the same time, structured data and statistics are in great demand among companies that trade in goods and services. Especially for representatives of small and medium-sized businesses, who do not have the budget to hire their own data analysts, but who understand the value of analytics for their business.

The largest open portal of structured data in the world can be considered the site Statista… It has over 60,000 data pools ready for use in statistics and analytics.

It is unlikely that the Statistic will be able to surpass it, but no one bothers to create processed pools of information in more narrowly focused areas. Marketers are especially active in using such data.

2020 and 2021 saw a boom in the popularity of anti-fraud tools based on machine learning and neural networks. This is especially true for banks and large financial institutions that work with large assets.

For example, in 2020, Sberbank reported that an anti-fraud system based on machine learning is capable of preventing almost all attempts of fraud and theft of funds in the fast payment system. And this saved the bank’s clients over 38 billion rubles for almost a year.

Algorithms of anti-fraud systems continuously analyze user actions and look for suspicious patterns and coincidences that are out of common practice. And when such suspicious matches are found, they automatically block transactions and inform the operators about it.

Machine learning models that look for fraudulent schemes are very complex, but they just save a lot of money for large companies. Therefore, the demand for them is steadily increasing. If in 2019 only 13% of large companies in the world used machine learning against fraudsters, then in 2021 it was already 40%.

Feedzai Company reportsthat in 2020, attempts at fraud in the areas of fintech and e-commerce increased significantly. Attempts to steal payment card data increased by 650%, and hacked online banking – by 250%. But at the same time, a competent antifraud system based on machine learning is able to accurately detect up to 95% of cases of fraud and false payment deviations, and at the same time reduce the total cost of countering such schemes by 75%.

Machine learning is growing at such a tremendous pace these days because it helps both companies and ML professionals make money. Companies actively hire specialists, and sometimes buy entire startups in the ML field – then they are part of large companies as separate divisions. Now, while the market is not yet overheated and companies are more inclined to give in in salary negotiations, it’s time to join this environment and become a machine learning specialist, using the cases presented above as their pilot projects that will show the level of your skills.

We have two ML programs – for those who just comprehend Machine learning and expanded Machine Learning and Deep Learning, for those who want to go in this direction seriously and for a long time. The links allow you to familiarize yourself with the programs, compare them with others and make the best choice for yourself. 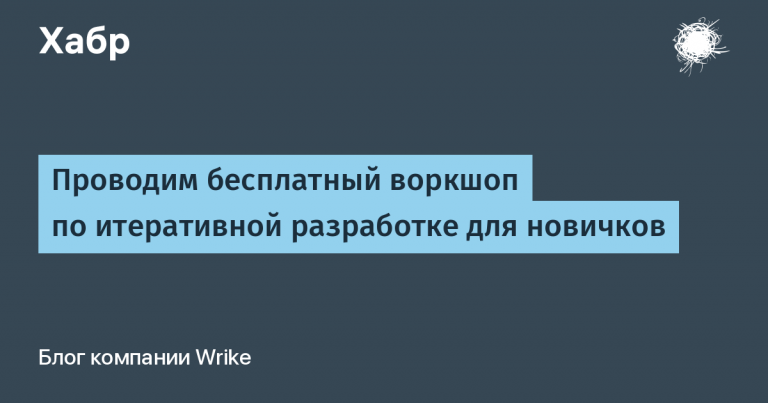