You and I live in a rather interesting time, when even the business that mainly depends on its reputation makes obvious mistakes and steps on the same rake several times in a row, causing dissatisfaction with its audience.

This is especially evident in modern trends, which are already quite tired of everyone, but they still continue to be used. And since this blog is about reputation management, let’s look at several such cases and analyze why certain decisions and situations were perceived negatively, and what could be done to avoid audience dissatisfaction.

What trends will be discussed

With the phrase “modern trends”, first of all, the trend for tolerance comes to mind. Moreover, this trend exists, as a rule, only in the heads of the top management of large companies that produce a mass product, especially in the field of entertainment.

Proper reputation management, which in such cases is on a completely different level than just posting reviews and working with search results, can solve a large number of problems with public opinion.

There is one point here – you need to start thinking about this at the stage of creating and conceived the product, and not when it is already ready, or it is too late to make changes.

Many of us remember the situation about a year ago with the VkusVill network. This is exactly the situation when the company’s advertising campaign in itself did not imply anything criminal. Yes, we are talking about the very VkusVill article about the LGBT family, which caused very strong indignation among a large number of people.

It is important to note that here, already at the stage of the idea, it was necessary, in a good way, to abandon such an idea. Still, Russia is far from being a country in which campaigns with such a theme can be carried out without consequences. In our country, in terms of such values, as a rule, the population is quite conservative, plus the state has an extremely negative attitude towards this topic.

However, if the article were simply posted and that’s it, then most of the society would simply rage and calm down, and the other part of it, which supports LGBT people, would become even more devoted to the brand. But it was not there. Literally five days later, the article was simply deleted. Did it only because of the reaction of the audience, or even knocked on top and “politely” asked to remove the article, we are unlikely to know.

As a result, the company first turned against itself the conservative part of society, and then also its opposite, which supports LGBT people. In terms of reputation management, the situation is terrible from all sides, and the best solution here would, of course, be to simply think about the consequences of an advertising campaign at the stage of its idea.

I note that the company itself evokes only positive emotions in me in terms of products and concepts, but VkusVill most likely lost part of the audience because of this.

The second Russian case is also related to modern trends and is more related to PR than reputation management (although one cannot exist without the other).

It will be about two companies at once, but about one topic and an antagonist.

Chronologically speaking, it is worth starting with the posting by the Yobidoyobi network of a photo of a black man holding sushi in the company of girls. It would seem that for Europe or the USA this is a common advertisement, but in our country this topic is still quite acute.

This caused the most violent reaction from the not unknown community, the so-called “Male State”

It ended for the brand about as quickly as it began. The company simply apologized for this post, after which it was quickly forgotten.

In terms of reputation management, this was perhaps the quickest and easiest way to divert attention from a negative topic. But with the latter, another chain of Japanese restaurants just helped.

The second will be the guys from the larger company, they are the Tanuki network. On their Instagram, the brand posted a very similar post, where they supported their Yobidoyobi colleagues and wrote that they would post different people, regardless of their religion, skin color and orientation.

The whole story unfolded faster than that of Yobidoyobi, since this topic was already on the agenda. Angry comments, raids from the “Men’s State” were not long in coming. Its participants, so to speak, made false orders, reported about the mining of restaurants, but in the Tanuki network they decided not to change their shoes, which earned the respect of a much larger audience than the one that was dissatisfied with the post and the company’s policy. In the shortest possible time, tanuki have shown that they have eggs … ahem, character.

Most recently, by the way, the network sued Pozdnyakov for 158 thousand. This is quite a bit, but in the eyes of the public, and for ourselves, it should be regarded as a clear victory and proof that the company, represented by the press service and marketing, did exactly the right thing.

Reputation of the Rings of Power

In the states, reputation management is already clearly at a different level, unlike in the CIS. This applies to both tools for working with it, and rates, which are much higher. There, in terms of modern trends, companies are forced to balance like Philippe Petit, since the chance of offending someone there is extremely high.

Those who fail to do this become objects of cancellation if minorities are offended, or simply get a lot of dissatisfaction directly on the Internet if modern trends are clearly overdone.

A clear example of this is a project that has not yet been released, but managed to get a ton of hate. Yes, yes, this is the long-awaited Lord of the Rings series, which on its teasers already collects several times more dislikes on YouTube than likes.

The whole point is that Tolkien’s works have a huge number of fans, who often make the box office for products, be it movies, games, or anything else. However, after the Peter Jackson trilogy, the number of fans has increased many times, and it is these films that they consider to be canon, from which it is highly undesirable to deviate. Moreover, he himself does not differ much from the books that are the basis for other works on Middle-earth.

And these fans would forgive a lot: Adding new characters, playing with timelines, new events, but the creators decided to add even more.

When it comes to large projects based on rather old works, and with such a large community, strong deviations from the canon run the risk of pouring tons of slop and dislikes on the authors and the product itself.

Dark-skinned elves, an overly colorful visual style, polished costumes in teasers, sex scenes (which, apparently, are going to be added and against which a large number of fans), and, of course, dwarf women without a beard. This is the main part, but not all, of the complaints that fans make about the series and its teasers, which is why most of the mentions of the series are already negative.

Why do they care about reputation management? Everything is simple. This is the specifics of the US market, because this is a country with a fairly large population, with the same high average income, so there will certainly be a buyer for your product, especially if the franchise itself is very popular. Thus, the series will bring a large number of subscribers to Amazon, but risk fading quite quickly due to a lack of understanding of fan requests.

Logical question: How was it necessary to approach the series in a way that avoided a lot of negativity? It’s simple – as part of managing the reputation of products, like franchise series, understanding the audience is very important. To do this, a company like Amazon could certainly conduct a full-fledged study, where it would affect both the fans of the series, who could make their requests clear, and the “normis”, who are not so demanding on content.

Reputation of games and publishers

There are also companies in the gaming industry that many people hate, but they are not even in a hurry to change for the better. Of course, the reason for this is big money, because investors need to show the growth of the company, and not what they write about it in the press and on the same Reddit.

Two striking examples can be cited here. The first is related to a fairly new industry phenomenon, such as NFT.

There are games that are specifically tailored for this and people just go to farm, however, big companies like Ubisoft are starting to introduce NFT into their games, which, apparently, few people buy, but this annoys ordinary consumers. Thus, the company does not receive the desired profit, which could have been obtained if they had spent their energy developing new games, both single-player and service games, to which many are already accustomed.

Not only that, it also results in a flurry of discontent from fans and ordinary people on the Internet.

The second example is loot boxes. Here, the notorious Electronic Arts has succeeded the most. What is the first product that comes to mind when you hear the word “Lootboxes”? I’m sure that at least half of you who follow the industry at least a little, the FIFA series pops up.

In terms of reputation management, this has an extremely negative impact on the image of the entire series and EA, which can be seen both in the assessment on Metacritic and in the general information field of the EA FIFA brand.

At the same time, this series is a very good example when the reputation does not harm the company’s profits much. If these cards with players did not bring huge profits to the company, then they would have been completely removed and the game itself would have been developed in terms of physics, mechanics, graphics, and finally they would have taken up the career mode.

Why then do we need reputation management?

As practice shows, giant corporations do not always concentrate strongly on what kind of reputation they have in the eyes of users and the media, since for them the main indicator is profit, which is reflected in reporting to investors. Reputation and image is a long game, on which you need to spend a lot of time and effort, to be constantly in touch with the audience, to listen to it. If you neglect this component, you will have to pay after a while. This is especially true for companies in the CIS, where sites like Ya.Kart, Ya.Market or Otzovik.com are still very popular, where dissatisfied customers can express their opinion about a company or product.

If you do not solve problems with products and customer service, they will not return for the next purchase, and they will also push potential customers away from the company.

You need to monitor your reputation from the very beginning, as soon as the company is created and brings the product to the market. Otherwise, the problems that users initially pointed out, and the company reacted to, run the risk of becoming a strong repulsive factor that greatly slows down business growth. 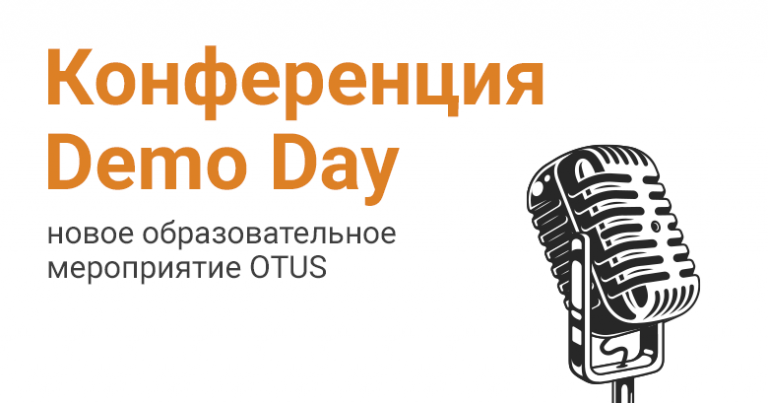