Skip to content
Greenland’s desert icy landscape stretches for hundreds of kilometers. Here the wind blows inexorably, the temperature reaches -30 ° C, and of the living creatures there are only hungry polar bears … and two Danes in thick jackets, who build an intricate structure similar to origami on the snow.
Architects Sebastian Aristotelis and Karl-Johan Sorensen set themselves the task of testing a living module designed and built for future missions to the moon. We were able to talk to one of them before he travels to the north of Greenland for a three-month Arctic mission.

Get to the moon

We are sitting in a hotel on the Greenland coast, where Sebastian is showing pictures of arctic views. The iceberg landscape is beautiful, but reminiscent of the harsh conditions that await explorers in one of the most challenging landscapes on Earth. Talking to Sebastian, one cannot help but admire his enthusiasm. This expedition is the culmination of his dream, a project conceived many years ago.

“As a teenager, I read that my generation was born too late to explore the Earth and too early to explore the universe,” he says. “I remember how discouraged I was. But years later, when I was preparing to enter the university to study architecture, I realized that space travel is much closer than we always thought. I began to read books by Robert Zubrin, who all his life talks about flights to Mars as the most logical step for humanity. I read it and thought: “This is how it is!” ”

Sebastian and Karl before sending the assembled module to Greenland.

For the mission called Lunark, they chose Moriusak, an abandoned settlement in northern Greenland. This place best suits the harsh conditions on the moon.

“We wanted it to be cold and difficult,” adds Sebastian. – The problem with such missions is that they look theatrical, because if they wish, the participants can go out into the street. To get the most realistic experience, we wanted to see the same monotonous landscape as on the moon and be completely isolated. This can be realized only at two points of the Earth: at the North and South Poles. “

“The supposed site of the first lunar settlements is the South Pole of the Moon, known as the Peak of Eternal Light. There, as in the Greenlandic village of Moriusak, the sun shines more than 80% of the time.

Sebastian and Karl at the beginning of the expedition at the module in Greenland. The highly compressed image is transmitted to the mission control center via satellite phone

On Lunark website The team notes that the mission’s uniqueness is to deliberately simulate conditions on the moon and “feel the struggle to survive in extreme reality north of the Arctic Circle.” Sebastian is well aware of the dangers and how important it is to prepare the environment – a module designed for any scenario.

“This structure will ensure our existence for the next three months, so any unforeseen situations and their consequences are very serious. When astronauts go to the International Space Station, they spend several years studying all systems and troubleshooting. If something goes wrong, they have no one to turn to for help. However, no one in the world knows this construction better than me and Karl. We spent nine months on design and construction and studied it to the last screw. “

“Houston, we have a problem …”

The residential unit is designed to withstand temperatures of -30 ° C and wind speeds of up to 90 km / h. Plus, it needs to be strong enough to withstand curious polar bears.

Other safety and health features for Carl and Sebastian include: lighting that mimics normal daylight hours; solar panels for maximum power generation; 3D printer for printing any parts required for repair and maintenance of the module, as well as backup equipment – batteries and generators.

The brain of the module is an IoT system based on Lenovo’s platform called Odin. She reports on the state of the subsystems and warns of any potential problems that participants may encounter during the mission. Named after the all-seeing god from Norse mythology, the ThinkCentre M90n Nano constantly collects and processes data from 76 sensors. Karl and Sebastian dubbed them “ravens” by analogy with the mystical birds that God Odin sends to collect information.

In early September, the explorers reached the base camp aboard one of the Danish icebreakers. But two weeks after the start of the mission, the sea froze over, leaving them alone with Odin, his crows, and two powerful ThinkPad P53 laptops to boot. The only connection to the outside world is provided by a satellite phone, but it only works outside, so if the weather conditions deteriorate, it will be especially difficult to contact the center.

The main source of energy is solar panels, and in September, October and November the sun shines on average less than 200 hours. The nearest settlement, Thule, is located 75 kilometers from Moriusaka, where the mission is taking place.

CTO Simon Christensen is working on the ThinkCentre M90n Nano, the brain of the Lunark module.

“Our CTO Simon Christensen will assist us during the mission,” explains Sebastian. – He knows the module as well as we do. He has a list of all our medicines and first aid supplies. As a technology expert, he can help fix any life support problems. But we ourselves carefully planned everything and took care of the reserve of almost everything, especially energy. “

Looking to the future

For Sebastian, this expedition is the culmination of his space ambitions. He is firmly convinced that commercial space travel will be found during his lifetime.

“We are launching the Lunarc mission with a strong desire to see a version of our module on the moon. In terms of timing, I think humans will step onto the surface of Earth’s satellite again in 2026 or 2027, and flights will become more regular soon after. There will be a need for residential units for tourism and other commercial projects. We can definitely make it a reality, ”Sebastian concludes. “There are things that we are doing really well, but by working with scientists, specialists in protected devices and mechanisms, we could optimize the module and sign a contract to design a lunar base. So my dream would come true. “

The Lunark module houses the Lenovo ThinkCentre M90n Nano IoT nanocenter, which functions as the “brain” of the living module. The team named him Odin. According to Scandinavian mythology, Odin is a one-eyed god, who was given an incomprehensible amount of knowledge about the universe in exchange for a second eye. All the important information was given to him by a flock of ravens.

Electronic Odin is compact in size, has great processing power, durability and reliability. The team worked with two data scientists to create a predictive algorithm that processes data from 76 sensors and warns in advance of a potential problem. This is how Carl and Sebastian can make adjustments before things really go wrong.

The computer measures biometric data, humidity, temperature and other important indicators. This data will be stored and later used in 20 different studies on the problem of survival in space.

Inside and outside the module, the situation is practically unchanged, and the space of the living compartment is limited. This means that Sebastian and Karl will have a hard time entertaining themselves. Therefore, the devices that they took with them must perform several functions at the same time.

Researchers embark on a mission with two ThinkPad P53 laptops, both a basic tool for work and a source of entertainment. They were chosen for their reliability, durability and performance as they will be used in extreme conditions and handle large files in graphics-intensive CAD applications.

Overboard temperature is -30 ° C, humidity is about 80%, and wind speed reaches 60 km / h. This means computers must be durable. The ThinkPad P53 is military-grade tested and has significant processing power.

Almost two months after the start of the expedition, we spoke with Simon Christensen, CTO of the Lunark mission.

The Lunark team is resting after successfully packing the module into a shipping container for shipment to Greenland.

As a technical expert and troubleshooter, Simon is available 24/7 should researchers have a problem. His role is very important. He has the most detailed knowledge of the module management system – Lenovo ThinkCentre M90n Nano IoT. It provides the information necessary for the normal functioning of the habitat and allows you to survive in harsh conditions.

There are many daily tasks that must be performed to maintain life in an arctic home. To keep the lights on, Sebastian and Karl need to refuel the generator. They should regularly check the module for damage, especially after severe storms. Fortunately, if any breakdowns and violations are detected, Odin sends a notification immediately.

Aside from working inside the living unit, the Lunark team’s days are filled with tasks from the research teams they work with. The results obtained are necessary for further study of life in space.

Life in the “lunar” module

While Simon’s communication with the team is mainly focused on fixing technical problems, he has a good idea of ​​how Carl and Sebastian live. They have periods of downtime, and this is an excuse for introspection, entertainment and games loaded into ThinkPad P53 laptops. Computers remain the only “window” to the familiar world.

The days are getting shorter. On October 29, the team saw daylight for six hours, and by the end of the expedition it will not be at all. To maintain a familiar rhythm, their house is lit up throughout the day.

With the transition to the final stage of the mission, the team will need to overcome the so-called “third quarter effect”, which is characterized by a drop in morale. This phenomenon has been documented by psychologists who have studied the state of astronauts in space. Cheer up will help the contents of the special packs that Karl and Sebastian took with them, but can open strictly on certain days of the mission. Simon assured us that a bag of chocolates, jerky meat and a bottle of vodka would do just fine for our spirits.

To illustrate the cohesion of the Lunark team, it should be noted that Simon’s face is covered with dense vegetation. In solidarity, he will not cut his hair and beard until the researchers return home. 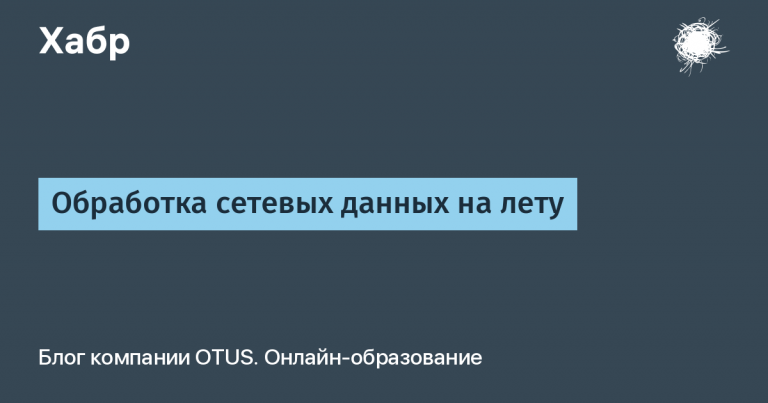