And I am also an electronics engineer who, together with several other engineers and partners, has preserved and partly increased Soviet electrovacuum technologies.

So, in the USSR in 1990, there were several large factories for the production of television kinescopes in the cities of Lvov, Panevezhis, Voronezh, Yelets, Moscow, Zaprudnya MO, Novosibirsk, Novgorod, Bryansk, Nalchik. A number of special CRTs were also produced in several research institutes. It was quite a powerful comparative high-tech industrial cluster, where more than 70 thousand people worked (and with an adjacent chain of cooperation, more than 100 thousand!). A number of the factories mentioned in parallel made other electrovacuum devices, including oscillographic CRTs and other “instrumental”, photomultipliers, image intensifier tubes, had their own assembly plants for televisions, computer monitors and various household glass products.

But all the same, this entire industrial cluster rested on the mass production of household kinescopes, which, with the collapse of the USSR and the beginning of the Gaidar-Yeltsin reforms, began to stagnate and decrease sharply, primarily due to the obvious loss to foreign mass models of kinescopes in terms of technical and economic parameters. The plants that either produced only black-and-white household kinescopes (to compete with which Western mass models of devices were no longer on the market) and electrovacuum devices for special applications, or plants that had both a large range and color (CELT), and black-and-white kinescopes, as well as diversification towards other household and special equipment. Mass production of color kinescopes in the Russian Federation actually stopped in 1997-98. After that, the Lithuanian plant “Ekranas” (Panevėžys) became the only and quite successful heir to the kinescope industry of the USSR. In order to increase production capacity with European loans, its specialists were able, in fact, to buy up a significant part of the latest modification of Soviet equipment from stopped enterprises of a similar profile at the price of scrap metal and carry out the work of modernizing such equipment on the basis of Western automation. Also, the quality of kinescopes produced by Lithuanians has increased dramatically due to the transition of the enterprise to the supply of Western materials and components. “Ekranas” worked until 2006 and at its peak in 2003-2004 produced about 5-6 million color kinescopes a year, which was commensurate with the capacity of all Soviet kinescope factories combined.

After graduation, in 1991, I was assigned to the Zaprudny Plant of Electrovacuum Devices (later ZELTA), and in 1994 I began to be responsible for issues related to cathodes there with the rank of head of the laboratory of the local design bureau. The plant still produced kinescopes, but did not pay salaries to employees regularly and not much. Therefore, I (on the advice of friends) began to use my amateur radio knowledge to earn extra money by assembling TV sets (then still very scarce) from kits bought first at Tushinsky and then Mitinsky radio market in Moscow. Imagine that on Saturday I went with a trolley by train to Moscow to bring 2-3 disassembled TVs on it, and the assembly and adjustment was carried out in the hostel room where we lived with my wife and little son.

Our plant was one of the last to stop mass production of CELT in Russia in 1997. But we, with several engineers and comrades who have sales points for kinescopes on the Mitinsky market, organized a micro-cooperative for the regeneration of the CELT and the correction by individually adjusting the deflection systems of imported CELT rejected by television assembly plants. By the way, we were not the only ones in the country. Nearly every one of the aforementioned enterprises has sprung up firms like ours, and not just one. At first, we managed to negotiate at the plant itself about the launch of equipment for the regeneration of the next accumulated batch of CELT, but then the bosses, changing like gloves, changed mercy for anger and kicked us out of the enterprise. I had to look for both a new place for the equipment and the equipment itself. The bosses of the plant that got up were raving about “quick investments and launch”, therefore (like all traditional bosses in Russia they hated enterprising subordinates (even former ones)) they would never want to sell equipment even from the factory stock, even decommissioned.

The place was found in the training workshop of the local vocational school, which was empty as unnecessary, on the basis of informal agreements with its management, and the equipment (pumping posts with furnaces, a machine for welding the electrode system into the neck of the kinescope) in an unheated garage at the former head of the workshop for the production of special electric vacuum devices who had previously retired from the factory . He wanted to do the regeneration of kinescopes with his son, but either their business didn’t work out, or they needed the money urgently.

In a word, after 2 months we began to get good products.

It is clear that I did not have a photo of that first CELT regeneration site, but for illustration I attached a photo of the regeneration site that we created after returning to the plant. Here, pumping stations from the most modern Soviet conveyor line have already been used as pumping equipment.

And in this photo, our worker is replacing the electrode system in the neck of the kinescope. By the way, this person still works in our company, but we started by doing all the work ourselves without employees in principle.

We, as tenants of a small premises, returned to the territory of a large plant after another change of management, when the plant was headed by the owner himself, who had previously privatized it. By that time, under the strict guidance of successive post-Soviet management, the plant actually stopped completely, and out of almost 1000 engineering workers, only we, a small group of several people, tried to work in their specialty. The first step in returning to the plant was to call me from the owner and offer to return to the state as deputy chief engineer for innovation. I returned, worked for several months and wrote a letter of resignation with the motivation that I did not want to do useless work.

The fact is that he stopped trusting his senior staff. Some of the heads of the shops still tried to continue parasitism at the ruined enterprise, but due to the lack of production, this parasitism was no longer possible to hide.

So one of the heads of the shops, with the permission of the owner, set up the regeneration of kinescopes himself, but for him it was only a cover for a more profitable “business” for the manufacture and sale of electrode systems (EOS) for such regeneration (previously these EOS were made for mass production). Moreover, he apparently did not sell his EOS to our cooperative, fearing publicity. But you can’t hide an awl in a bag. Therefore, when the owner of the plant asked me what profit this manager of this workshop receives, I (having reinsured and underestimated) calculated on a piece of paper the amount of $ 5 / piece and 3000 pieces of products per month.

Then I received an offer from the owners of the plant to rent a shop with everything that is there (including the workers I need) for 10 thousand dollars a month. Thus, our company was born, which until about 2006 had the production of EOS for the regeneration of various household CRTs as its main activity.

Here, for example, this is how EOS for black-and-white kinescopes look like.

For example, we used computer approximation to calibrate the system for installing cathodes in color EOS, which increased their competitiveness in the market (several small companies and even the entire state-supported Voronezh kinescope plant fought for the EOS market for regeneration of CELT) and allowed us to take from 40 to 50% demand for yourself.

We then took on everything that was in the profile of our production. But in 2006, it seemed to us that the topic was dying completely and rapidly. One after another, individual entrepreneurs and firms involved in the regeneration of CELT were closed. First in Russia, and then the recession covered such activities in Central Asia. The company has become unprofitable. But in the fall of 2007, I received an offer to take over 2 workshops of another enterprise, along with all the nomenclature produced there. Simply because the owners do not need topics, and we are able to pull it off, since we have retained our competencies. But it was no longer consumer goods and a completely different story. 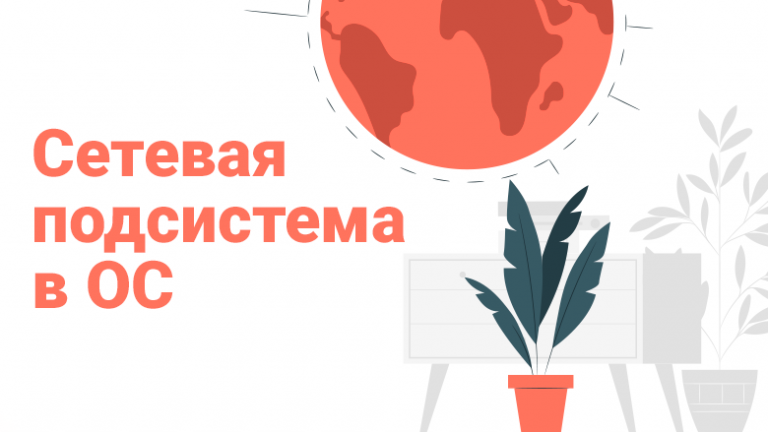