When we say digital telephony, the first thing that comes to mind is SIP. Olds, startled, will remember about H.323 and dancing with a tambourine when it is configured on the subscriber’s PBX. And few people know that digital voice communication is not always VoIP. Not always.

I will say more, the idea of ​​transmitting the voice of a telephone network subscriber in digital and digital processing of information by the network was expressed back in 1959, and by the mid-1970s the first powerful digital telephone switches were in operation. So, step by step, the legendary ISDN technology was born, which flourished in the 80s and 90s (and in our country in the 90s and early 2000s). Its standards are still the benchmark in digital telephony. And you will repeatedly meet greetings from that era, customizing Digium cards or the number plan of the next Zoiper.

How it all began

The need for digital did not appear out of nowhere. Analog telephony could not properly provide neither acceptable quality of voice transmission over long distances, nor sufficiently fast and accurate switching of communication channels with an avalanche-like increase in the number of connected subscribers. The telephone network is essentially the provision of the ability to connect any two people – the subscribers of this network – by a voice transmission channel. The first solution – obvious and impossible – is to connect everyone to all telephone wires. Second, realizing that subscribers are mostly silent, separate the channels from the subscribers (calculating the required number of channels) and connect them as needed. “Young lady, give Smolny!” – that’s just about it.

When there were not enough young ladies manually connecting telephone cords, they were quickly replaced by electromechanical devices. However, this by no means could solve the problems of the telephone network. Because these devices continued to only give a “long wire” from subscriber to subscriber with all the ensuing consequences. With the advent of the first computers, it quickly became clear that it is much, much easier to distinguish 1 from 0 than to parse the whisper of a subscriber. Alice among the wheezing of dying capacitors. And replacing the oxide-coated relay legs with control commands flying at sub-light speed is also an advanced idea.

Already in the early 1960s in the USA, digital data transmission between automatic telephone exchanges began to be used
T1 lines. And by 1970, their use had become ubiquitous there. The T1 line consisted of 24 64 kbit / s channels, multiplexed for voice and data transmission. By the way, dedicated T1 lines are still connected in some places. for example only $ 600 per month…

In January 1976, Western Electric demonstrated the first powerful 4ESS digital telephone switch in Chicago. Development began in 1970 at Bell Laboratories, and was last installed in 1999 by AT&T, Bell’s successor. In the photo below, engineer Bill Holland is testing a separate section of the 4ESS super switch:

ISDN stands for “Integrated Services Digital Network” and the first step was the integration of voice and switching. channels this very transfer.

In 1980, the G.705 standard appeared, which outlined the general ideas of such a network. Specific specifications of the ISDN network appeared in 1984 in the form of a series of recommendations I, very contradictory and leading, for example, to differences in implementation in practice (which is discussed below). In 1988, the series I recommendations were revised and acquired a more detailed and complete form, although some ambiguities remained.

For ordinary users of the ISDN network, it opens with its own data transmission interfaces: BRI and PRI. These abbreviations are already familiar to many. The BRI interface implies an integrated link, which includes a packet data channel (D-channel) for connection control and two 64 kbps channels for data itself, for example, encoded audio. And that codec was invented in 1988 and was called G.711 (in two modifications – A-law and U-law). The PRI interface, in addition to the permanent D-channel, supports 30 (“European” E1) or 23 (“Japanese / American” T1) B-channels. Thus, for example, the E1 line is already a weighty 1.875 Mbit per second. It was 1990.

Do not forget that ISDN is about data in general, and not just about telephony. What is encoded is transmitted. For example, a video (1992, AT&T machine):

The global WAN X.25 and FrameRelay protocols are also related to ISDN and can provide communication between ISDN equipment.

But we are primarily interested in telephony. How many times have I heard that after switching to SIP, the quality of telephone communication “with the city” in any office has deteriorated. For me, this is a sure sign that there was a PRI stream from the provider on a separate line, and there is a PBX like Samsung OfficeServ 100:

And I understand them perfectly. ISDN is a circuit-switched network. Therefore, if the channel is busy with telephony, then the entire channel is guaranteed to be allocated for voice traffic and not a byte less. Of course, in the IP network, you can configure prioritization and QoS, but you don’t need to configure it …

It is in the corporate segment of ISDN that telephony has become most widespread, and even to this day, most of you from time to time use devices that work over one of the ISDN protocols. I’m primarily talking about proprietary BRI implementations and “system telephones” of office PBXs. These are the ones that usually stand at the reception, such “with bulbs”, and from which you can not only call, but also program the PBX. This happiness is precisely ensured by the fact that communication with the PBX is carried out using a full-fledged digital protocol. Here is a typical Panasonic KX-T7630:

These devices are powered by the same two (!) Wires as voice and data transmission. If you really want to, you can dock a USB module to such a device, and to it – your laptop, for example, by connecting with the same laptop to the PBX. At a distance of 200 meters from it, for example.

Also, based on boards with BRI interfaces, it is possible to deploy the highest quality type of DECT microcellular communication available at the price for 100 people and cover the area of ​​an entire institution. The above photo of Panasonic KX-TDA200 also shows these boards.

The following “bases” are connected to them:

… through which even some models of household DECT handsets can suddenly be connected to the PBX.

A little about phone numbers

ISDN is still a network, and therefore it is possible to transfer information about the subscriber and end-to-end numbering in it. ISDN technology was developed as the basis of the worldwide telecommunication network, which allows connecting both telephone subscribers and subscribers of other global networks – computer, telex, etc. Therefore, when developing an addressing scheme for ISDN nodes, it was necessary:

ISDN Technology Developers (for example, unlike the developers of the TCP / IP stack) decided to achieve the use of the addresses of the united networks in the ISDN address.

The main purpose of ISDN is to carry telephone traffic. Therefore, the ISDN address was based on the international dialing plan format described in the ITU-T E.163 standard. However, this format has been extended to support more subscribers and to use other network addresses, such as X.25. The ISDN addressing standard is called E.164. Familiar symbols, right? You can see them by setting up the dialplan of almost any SIP phone or software.

The E.163 format provides for up to 12 decimal digits in the number, and the ISDN address format in the E.164 standard is extended to 55 decimal digits. This allows you to include in the dialed number “extension dialing” of a local subscriber (the notorious “extension 123”) or calling subscribers from a non-ISDN network (I’m talking about the same X.25) using the prefix system described by the ISO 7498 standard.

In short, when you set up a PBX with E1 / PRI, the biggest fuss is with setting up dialplans. And this is not without reason: after everything is configured correctly, you can call from anywhere to anywhere, and besides, teach the PBX to switch calls both by dialing the caller and depending on the incoming information about this very subscriber. That is, in 1995 Aliceby concluding, for example, a contract with Bob, could already call him “directly” bypassing the reception or voice menus. Just dialing Bob’s office number, even without extension dials. Who Said CRM?

In addition to servicing ISDN subscribers, of course, it fully provides switching on a global scale – this is why it was created. In the telephone counters of small-town and not very providers, carrier-class equipment is located for a long time, for example, the MP-256 switching unit of the MTA M-200 ATC:

This piece of iron provides switching of 256 E1 connections, each of which, let me remind you, has 30 channels. Such a good large support-transit node can be assembled from such.

With the advent of the TCP / IP stack and networks based on it, it became possible to “break” the data transmission line, ensuring the passage of E1 traffic through packet-switched networks. This interesting case is called “Pseudowire” and allows you to transmit PRI, for example, even through the public (up to mobile) Internet via VPN tunnels. Feelings, however, are strange. Usually E1 does not like such violence towards itself and after a while it falls, until the last maintaining the excellent quality of voice transmission.

Over time, it is the disadvantages of E1 / PRI that increasingly appear, such as: high cost of service, low data transfer speed, difficulties with scaling and the inability to add support for new services to protocols. Whether it’s a new SIP. The packet is missing, and the dog is with it – UDP, I have some jitter – Alice will get through to Bob on time *. So in the future, digital telephony of the twentieth century will remain only in the reserved corners of transit nodes and numerous “Easter eggs” inside new communication services.

Our virtuals can be used to develop websites. 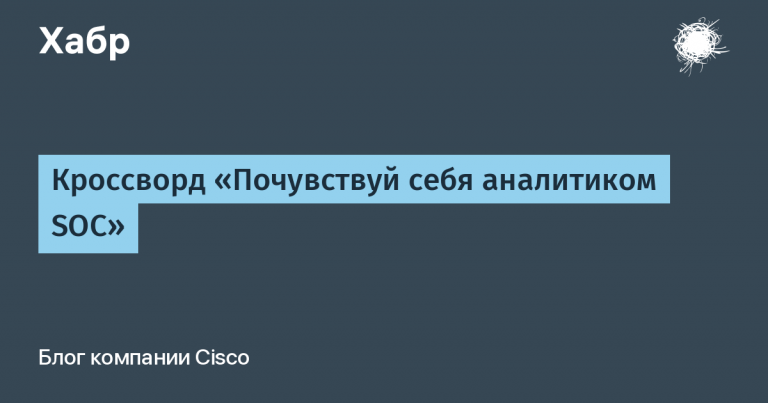