Does it happen to you that, looking at a familiar household item or household appliances, you think that they have not changed much since the time of our parents, or even the moment of their invention – refrigerators, vacuum cleaners, washing machines, and so on? For example, modern vacuum cleaners: at first glance, they are completely different from their predecessors a century ago. But in essence, these are the same devices that have changed in secondary characteristics (weight, noise, compactness, power), but are fundamentally no different from the first vacuum cleaner, which was used to clean the carpets of Westminster Abbey before the coronation of Edward VII exactly 120 years ago in 1902.

Perhaps this means that these devices have been perfect in terms of form and function since the invention – so they can only be polished, not replaced. Or perhaps we are at the stage of progress that propeller-driven aircraft once achieved – reaching near perfection in the implementation of the original concept around the 1950s – just at the moment when their time was already numbered, and they were about to fade into the background. in front of the rapidly rising jet aircraft. Suddenly, we are living in the same moment now, and tomorrow’s killers of today’s household standards have already been invented – TVs, washing machines, refrigerators, and so on, which tomorrow will make us look at them in the past with the same tenderness, as we look at photographs of rotary phones on the screens today. our smartphones.

I decided to study the possible future of household appliances from washing machines. What future of washing machines can we expect? Many experts around the world are developing unique washing machine concepts of the future. Technology is developing at an incredibly fast pace, so there are several features that will be present in innovative devices.


Designer Adrian Larrip has developed a unique model called “Ovum”. The washing machine is implemented in an egg-shaped form, which simplifies the process of loading laundry to the maximum. The device has compact dimensions compared to all modern washing machines. The front panel of innovative technology will include a large digital display with a touch control system. The washing machine has an integrated Wi-Fi interface, which means that users will be able to connect to the washer via a smartphone and tablet, which will come in handy in the future when controlling the washer through a mobile device.

The main task for the current representatives of research laboratories from major manufacturers of washing machines is to ensure that the washing machine can carry out self-diagnosis and displays all detected malfunctions in the functioning of its internal components. The goal of engineers working on the concepts of washing machines of the future is to introduce software into the device that will not only diagnose the presence of problems, but will also deal with their subsequent elimination.

Many manufacturers are considering other types of washing machines other than the well-known design of Adrian Larrip.

An unusual but noteworthy concept of the washing machine of the future was presented by the Italian designer Rinaldo Filinesi. It significantly saves water and electricity, thanks to the use of steam.

As you know, over the past few decades, the appearance of washing machines has not changed much, only the filling and the software part have been improved. The designer also proposed a fairly compact and convenient device. The drum does not take up much space, and its special design allows you to reach very high speeds, making the spinning process more efficient. It is slightly tilted forward – it is more convenient to observe the washing process and load / take out things. To make the most of the space, there is a spacious drawer for dirty things in the lower part (you can also store other things there).

As you can see, there are no controls here. Installing programs and managing the device is carried out using a special application installed on a smartphone or tablet. In addition, the color of the drum illumination indicates what stage of washing is now.

Washing takes place with the help of directed jets of hot water vapor, which penetrates through the fibers of things and “knocks out” the dirt from them. Additionally, a cartridge with any flavor can be inserted into the drum. Next, the drying process takes place – the drum heats up and rotates at high speed, this allows you to dry things almost completely. Steam from drying things comes out through a special hole on the back of the machine.

In most cases, the actual desire is the implementation of an ultra-modern display with advanced touch controls. At this stage, it has already been possible to introduce such technologies into existing expensive washing machines, in which mechanical control keys are completely absent. However, developments require modernization to achieve the highest possible processing speed for user commands.

When introducing artificial intelligence into a washing machine, manufacturers hope that the device will also independently assess the situation with linen and automatically select the desired washing mode without the participation of the owner. Almost certainly, during the washing process or upon its completion, the owner will receive notifications on a mobile device, for example, in the case when he left the washing machine turned on and drove off to work. After receiving a notification about the end of washing, it will be possible to remotely turn off the washing machine using the corresponding key in the application on the smartphone.

In general, having looked at the options offered by the Internet, I was filled with sadness: the technology does not yet offer anything conceptually new. There are no nanobots that bring perfect cleanliness to the envy of the dry-cleaner without damaging a single thread, and along the way restoring the fabric, sewing up holes and sewing on torn buttons – or other radically new concepts are not even in the most desperate fantasies of designers. Previously, the flight of thought among engineers, it seems, was more daring. 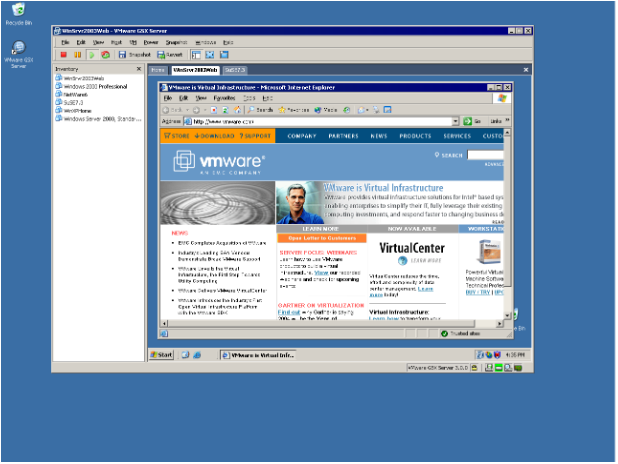