Today, the space agencies of the world are in search of innovative ideas for accelerating spacecraft, which will allow them to quickly get to the planets and other bodies of the solar system. These are, for example, NASA’s “Bimodal NTP/NEP with Wave Rotor Topping Cycle” concept, which would theoretically make it possible to reach Mars in 45 days, or a Chinese nuclear spacecraft designed to explore Neptune and its largest moon, Triton. But if such ideas can offer us new convenient ways to explore our planetary system, going beyond it still seems to be an extremely difficult undertaking.

The Helios-2 space probe, launched in 1976 to study solar activity, today holds the record for the highest speed for spacecraft – 252,792 km/h or 70,220 m/s. To do this, he needed to use the effect of a gravitational sling. But even such an apparatus would take about 19,000 years to reach the star closest to us, Proxima Centauri, located 4.25 light years from the Sun.


Another option for accelerating spacecraft will be to use external energy sources in relation to them – for example, lasers (as a development of the idea of ​​​​a solar sail). And in a new paper from researchers at the University of California, Los Angeles, it is proposed to disperse an unmanned ship weighing a ton using a beam of pellets. According to calculations, it will take less than 20 years to kick the ship to the borders of the solar system in this way.

The concept of dispersing ships with shot was proposed by Artur Davoyan, an associate professor at the university. She, along with thirteen other proposals, was selected for further study and development under NASA’s NIAC Innovative Advanced Concepts Program. Davoyan’s proposal builds on recent work developing the concept of accelerating vehicles using directed energy to create an observatory based on solar gravitational lens.

Gravitational lensing of a galaxy and the Einstein ring

According to Davoyan, today’s ships use the concept of jet engines, in which the faster the fuel leaves the rocket, the more efficiently it works. But the amount of fuel that can be taken on board the ship is limited – and, consequently, the maximum speed of its acceleration is also limited, as dictated by Tsiolkovsky’s formula. As a result, space exploration missions are expensive and slow. For example, the use of a solar gravitational lens with such technologies is not possible.

The Solar Gravitational Lens is a revolutionary proposal for the most powerful telescope yet. The concept is based on the effect of gravitational lensing predicted by Einstein, as a result of which massive objects that bend space-time focus and amplify light from objects located behind them. This phenomenon allows astronomers to study extremely distant objects.

Having placed the space telescope on the border of the heliopause, located at a distance of about 500 AU. from the Sun (500 times farther than Earth), astronomers would be able to study exoplanets and other objects with a resolution comparable to that of a telescope with a mirror 100 km in diameter. The only problem is to develop an engine capable of delivering the device to such a distance in a reasonable time. To date, only two spacecraft have reached interstellar space – the probes Voyager 1 and 2, launched in 1977. Now they are at distances of 159 and 132 AU. from the Sun, respectively.

Leaving the solar system, Voyager 1 moved at a record speed for that time of 17 km / s – that is, about 3.6 AU. in year. Still, it took the probe 35 years to reach the heliopause, the boundary where the solar wind is balanced by the interstellar medium. At this speed, Voyager 1 will take 40,000 years to reach another star system, AC+79 3888, a dim star in the constellation Ursa Minor. That is why scientists are exploring options for direct acceleration of light-sail spacecraft capable of reaching neighboring stars in a few decades.

The Breakthrough Foundation-sponsored Starshot project is about to become the first example of interstellar travel.

According to Professor Davoyan, the proposed method has its advantages and disadvantages. Laser-powered ships, unlike conventional rockets and spaceships, do not need to carry propellant with them. Their acceleration is due to the fact that the laser affects the ship through radiation pressure. In principle, this method allows you to accelerate to near-light speeds. However, laser beams at long distances tend to defocus, which limits the range of such a system. The scheme requires the use of lasers of excessive power, measured in gigawatts or even terawatts, which imposes restrictions on the mass of the ship.

An example is the Project Dragonfly project, which explores the fundamental possibility of creating such a system, conducted at the i4is Institute for Interstellar Research. Such a mission could theoretically reach a neighboring star system in a hundred years. The Breakthrough Starshot project, which proposes using a 100 GW laser array to accelerate a fleet of very small ships (Starchip). With a top speed of 161 million km/h, or 20% of the speed of light, Starshot could reach Alpha Centauri in 20 years. Inspired by these projects, Davoyan and his colleagues proposed a new version of the old idea: a beam of pellets.

According to scientists, such a beam can bring a ship weighing 900 kg to a distance of 500 AU. from the Sun in less than 20 years. Davoyan says that in this case, the beam that will accelerate the ship will not consist of photons, but of small pellets. Each of them will be accelerated to ultra-high speed using laser ablation, and the pellets will transmit the received impulse to the ship. Shotguns are capable of transmitting much more momentum than photons.

At the same time, the pellets remain small and light enough to be dispersed using relatively low-power lasers. In general, Davoyan and colleagues believe that a one-ton spacecraft can be accelerated to a speed of about 30 AU. per hour using a 10 MW laser beam. In the first phase of the project, it is planned to demonstrate the feasibility of the pellet beam concept through detailed simulations of various subsystems and experiments. There will also be research into whether it is possible to use a pellet beam to launch interstellar missions to explore nearby stars capable of reaching their destination within a single person’s lifetime.

According to Davoyan, the shotgun beam has the potential to revolutionize deep space exploration by rapidly delivering spacecraft over super-long distances. Theoretically, the outer planets of the solar system can be reached in less than a year, over a distance of 100 AU. in three years, and deliver a solar lensing telescope to a distance of 500 AU. for 15 years. In addition, a much heavier ship, weighing up to a ton, can be used in this concept, which can significantly expand the range of scientific possibilities.

The Solar Lensing Telescope will allow astronomers to get direct images of nearby exoplanets (eg Proxima b) in multi-pixel resolution, as well as to study the spectra of their atmospheres. Such observations will provide direct evidence of planetary atmospheres, biosignatures, and even likely technosignatures. It turns out that the same technology will allow scientists to both get direct images of exoplanets and study them directly. 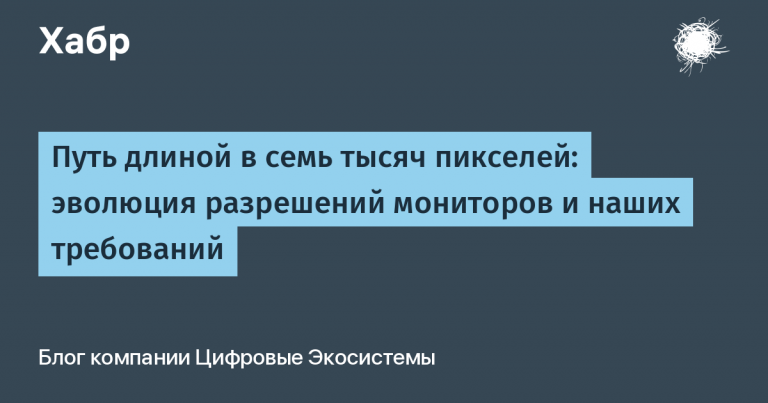