I am not an economist, but in light of the current events with cryptocurrencies and, in principle, with the economy, I would like to share my thoughts on a certain ideal economy around which everything is happening now. Read more next …

In order to understand the meaning of the ideal economy, you need to start with the base of all economies. Let’s say there is a small village. Each resident has a profession, goods to sell and a list of what he would like to buy. To exchange services and goods, residents need money as a kind of buffer for the difference in exchange. In general, buying and selling services and goods is all that interests modern society.

For example, there are 5 residents, and there is 100 money for all (rubles, dollars, euros). Suppose these 100 rubles are enough for them to exchange with each other, and they do not need more and do not need less. The village has internet. 5 residents have opened a website and exchange these 100 rubles among themselves through the website or mobile application. But how does this site work? Suddenly, the site administrator secretly adds money to himself. To prevent this from happening, the state of the account of each resident was opened. Now each participant could add up all the bills and get 100 rubles. All participants always have 100 rubles. No administrator could draw money for himself, because then the amount of money would be more than 100 rubles.

For the convenience of calculating, the amount of money was made not 100 rubles, but 0 rubles. For this, half of all the money was taken from the account state of all participants. Instead of 0 rubles, now -50 (minus fifty). 0 means 50 rubles in the account, and 50 means 100 rubles in the account. With each transaction between residents, the one who paid received a minus to his account, and the one who sold a plus. For example, resident1 buying goods from resident2 transferred him 10 rubles. After that, resident1’s account balance was minus 10 rubles, and resident2’s was plus 10 rubles.

Thus, regardless of the amount of money, the amount did not change, and the money was created at the time of the transaction and there was exactly as much of it as needed.

Years passed, the village developed and grew. New residents appeared and they also wanted to get into this site. When new residents were added to the village, they could either make money or be given the credit of trust. Making money is, I think, understandable to everyone. But a credit of trust is a certain mechanism by which more than 100 rubles could appear on the site.

The village eventually became a city and as in all cities in the city there was a mayor of the city. Who followed the site and added new members and gave them a credit of trust. A credit of trust is a kind of restriction for every resident to go to the minus. For new members it was 0, and for old, tested ones, this lower limit could be -100, -200, -300…. Thus, if you add up the lower limits of all participants, you can get the amount of all the money on the site, but it didn’t matter, because adding up all the states of the residents’ accounts should have turned out to be zero. This was the main test.

As time went on, shops and markets opened in the city. Some stores have too high demand for goods. To combat monopoly, it was decided to introduce an upper maximum of money. The store couldn’t make more than a certain amount of money. The money that the store earned more than the maximum went to charity.

Now the mayor of the city could change the highs and regulate the monopoly in the city and change the lows thereby regulating the amount of money in the city and inflation. All residents, automatically or manually, collected payments for the city services of the police, firefighters, the Ministry of Emergency Situations and an ambulance. The poorest residents were known to everyone and the wealthier residents could always help them. At the same time, the richest were also famous and everyone understood that they honestly earned their money. Stealing money lost its meaning, because everyone had interest-free credits, and the mayor regularly monitored inflation, and it was ideal in the city. All transactions of the city were handled by one small server, because there was no need to use cryptocurrencies or blockchain. Each resident got a rating, which was formed on the basis of estimates for transactions, and basically all of them had 10 out of 10. And those who had a low rating tried to raise it in every possible way, because for some their income depended on it.

This is a model of managed capitalism. In it, you can manage everything necessary for the harmonious development of the village / city / country / world. If you impose this model on the current economies of the world, it becomes clear that one way or another all economies are striving towards managed capitalism. Now, in order to become a competent economist, you need to know the above-described model of managed capitalism and be able to give advice on how to bring the current economy a little closer to a managed one. Of course, it will not work at all to translate, but you can get closer.

You can (this has already been done):

– introduce a rating, as in managed capitalism;

– manage inflation and monopoly, as in managed capitalism;

– to give money to the poor so that they are not so poor;

– to reduce the number of banks, because in managed capitalism it is generally one, so it can be reduced to one;

– to introduce compulsory income, as in managed capitalism this is achieved by using the maximum; (the rich reach the maximum, and then their income is automatically distributed among the poor)

– to manage the distribution of money between organizations, as in managed capitalism. Only there it is possible to do this by voting of all residents, and in current economies this is done most often by one person.

– reduce / centralize advertising. Indeed, in managed capitalism, all advertising can be on one site.

– to collect donations from all the people. In managed capitalism, this is done as quickly and efficiently as possible, and always on one site, with the ability to track that the money actually reached the addressee.

The first thing that matters in her is can you steal? it is who issues the money. This is what the government is doing. It roughly estimates inflation rates and tries to influence them by issuing money.

And here it has printed a billion, but how can it be passed on to people?

Part of it goes to replace old banknotes with new ones. Some part is given out to the population, according to complex schemes, through loans. Probably, government orders are being invented with markups of 10 and 100 times. A portion is introduced through the purchase of foreign currency. Exactly how this all happens is known to a very narrow circle of people. For an ordinary person, this is a mystery.

Nobody knows the exact amount of money in the country. In the caches of some houses, billions can be stored, and no one will know about it and of course take this into account when calculating inflation.

Accordingly, everyone is somehow guided by millions, billions, trillions, Forbes magazines, but no one can say for sure that he is the richest or the poorest.

Antitrust companies were created instead of the highs of managed capitalism. Perhaps, in some cases, the maximums alone will not solve the issue, but this would greatly simplify the work of such departments.

This is spontaneous capitalism. It is poorly managed and works extremely ineffectively, as everyone has probably guessed. The worst of all is for ordinary people in such capitalism. They may not even be known to those who at least somehow influence the income of the population by regulating inflation. All the inefficiency of spontaneous capitalism falls on their shoulders.

Therefore, people started to invent cryptocurrencies. They are trying to find an alternative that can somehow move spontaneous capitalism from its place.

The government, by intuition or possessing some kind of brain, sometimes tries to straighten the economy out of a strong bank (or political crisis), making it slightly similar to managed capitalism, in the above ways. It really works. The boat sways, but sails forward.

The issue of money in such a spontaneous economy is initially non-democratic. Since the distribution of the issued money cannot be fair and equal for all people. When issued, money does not go directly to people and it cannot be verified.

Most of the money is stolen. Money reaches the ordinary population extremely poorly.

Consider the economics of cryptocurrencies.

I understand that everything is still in the process of creation and modification. But the first outlines of a certain economic model are already visible.

Money is issued as a result of mining. Most often, money goes to large “whales” (cryptocurrency slang) – very rich people / companies. The amount of money is very difficult, but you can calculate – this similarity to managed capitalism, as it were, adds to the temptation to use cryptocurrency.

Regularly announcing large movements of money is also similar to managed capitalism, but this is not the main point.

Various systems like the Lighting Network are used to make quick deals to look like managed capitalism.

There is no management of the crypto-economy. This is the impact of decentralization in conjunction with blockchain. Lack of control means that everything is spontaneous again, and no one is safe from theft or loss of money. And in absolutely any volume. The funds of the city or one person.

– controlled redistribution of money between enterprises (when it is necessary to fly to Mars) (simple targeted fundraising in managed capitalism);

– material equality (the presence of minima and maxima of managed capitalism, equalizing residents);

– management of inflation and monopoly (the ability to change the minimums and maximums).

Because of this, there will be no more sense in such an economy than in current spontaneous capitalism. There is already information that the largest Bitcoin holders are the richest people / companies who were the richest before Bitcoin. Those. the use of decentralized money will not change anything, without a social part, which, by definition, cannot be in it.

Perhaps there are some crutches that can add a social part to the currency blockchain, but why reinvent the wheel?

The social part is essentially centralization, which directly contradicts the capabilities of the blockchain. For its implementation, at some point, a ban on transactions is necessary, for example, and this is impossible in the blockchain or Lighting Network or other cryptocurrency systems.

Inflation of cryptocurrencies is a kind of relationship between their popularity and their quantity or production costs. Inflation not controlled by anyone – it can change, for example, at the request of some large holder who decides to commit suicide and in the end will radically devalue the cryptocurrency by distributing it to everyone. Or the always appreciating currency means a bubble that will burst someday.

There is absolutely no control over monopoly here. We get a bunch of monopolies, kings, monarchies …

So decentralization can be different. It can be drum roll, spontaneous and controlled.

Spontaneous decentralization is like all cryptocurrencies, when it is impossible to prohibit a transaction from participants and there is no social part (management).

The managed capitalism model is great, but unfortunately, implementation is difficult today for a variety of reasons. However, this does not mean that we should not follow this goal. Therefore, it is obvious that to stabilize any economies now you need to look at managed capitalism and borrow some features. This will help avoid big problems with any economy.

The topic is very controversial. Therefore, to discuss the article, I created a group in Telegram: https://t.me/joinchat/bUUO6EIsNJpmMzE6

The karma system does not allow answering in the comments. 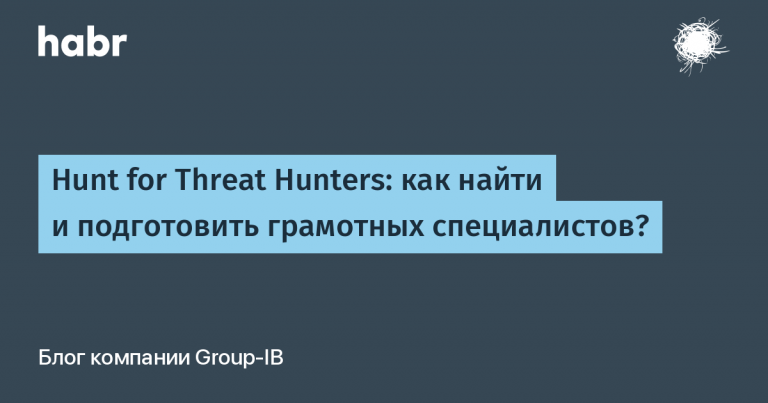