With the next C# release coming up, which usually happens in November each year, it’s time to look at the upcoming improvements for C# vNext: C# 10.0. While there aren’t any new mind-blowing designs among them (it’s unrealistic to introduce something like LINQ every year), it’s a number of needed improvements, which is to be expected.

The tenth release of C# can be summed up in one phrase – “getting rid of unnecessary ceremonies”, such as extra curly braces or repetitive code that does not add any value. But such a synopsis does not imply that these changes themselves are not of particular importance. On the contrary, I think that many of these changes are so strong that they will become the norm in C# programming in the future. I suspect that future C# developers won’t even be aware of the old syntax. In other words, some of these improvements are so significant that you will most likely never go back to the old way of writing code unless you need backwards compatibility or code in an earlier version of C#.

As an example, consider the following code snippet:

Here, the CSharp10 namespace is declared first before any other declarations, which is the requirement to use this syntax. In addition, declaring a namespace for the entire file makes it exclusive, i.e. no other namespaces are allowed in the file anymore: neither additional file-wide namespaces, nor traditional namespaces with curly braces.

Although this is a minor change, I feel that I will use this 10.0 feature almost everywhere in the future. Without curly braces, the construction is not only simpler, but also means that I no longer need to indent all other declarations in the namespace. For this reason, I have tagged it with #UseAlways (I will use it all the time) in the title. Also, I think this feature deserves an update to the C# coding guidelines: if you have C# 10.0 or later, use file-wide namespace declarations.

My #UseAlways recommendation might come as a surprise here, since namespace declarations have changed since C# 1.0, and C# 10.0 includes the second namespace-related change, global namespace directives.

Good programmers refactor well! Why then does C# force us to declare a series of namespaces at the beginning of each file each time? For example, the vast majority of files include a using System directive at the top. Similarly, a unit test project almost always imports the namespace for the target assembly under test and the test environment namespace. So why do we need to write the same using directive over and over for every new file? Wouldn’t it be better to be able to write a single using directive that would act globally for the entire project?

Of course, the answer to this question is “yes”, definitely. For namespaces that you’ve relentlessly specified after using in every file, it’s now possible to provide a new global using directive that will import them throughout the project. The syntax introduces a new global context keyword as a prefix to the standard using directive, as shown in the following XUnit project code snippet:

You can place the snippet above anywhere in your code. However, according to the coding convention, it is better to do this in GlobalUsings.cs or Usings.cs. After you write global using directives once, you can use the result in all files of your project:

Note that the using directives include support for the use of static, whereby you can have a statement WriteLine() without the “System.Console” qualifier. Global aliases using directive syntax are also supported.

In addition to writing global using statements explicitly in C#, you can also declare them in MSBuild (as of version 6.0.100-rc.1). for example Using element of your CSPROJ file (i.e. <Using Include="Microsoft.VisualStudio.TestTools.UnitTesting" />) creates a file ImpklicitNamespaceImports.cs, which includes the corresponding global namespace declaration. Also, adding a static attribute (for example, Static="true") or an alias attribute such as Alias=" UnitTesting", creates the corresponding static or alias directives. Also, some frameworks include implicit global directives. The relevant list can be found here. However, if you prefer that such global namespaces not be generated by default, you can disable them with the element ImplicitUsingsset to disabled or false. Below is an example PropertyGroup from .csproj file:

It should be noted that this does not yet work in Visual Studio 2022 Preview 3.1.

You don’t need to make all your using directives global, otherwise you’re very likely to run into ambiguities in the short form of type names. However, I’m more than sure that every large project will have at least a few global declarations (such as the default declarations for some framework), hence the tag #UseAlways.

One feature that has no doubt annoyed you so far is the lack of a method for declaring an interpolated constant string, even if the value is entirely determined from other constants or compile-time-determined values. C# 10 finally solved this problem. Here are some examples:

One of the times I’m particularly grateful for constant interpolation is when using nameof inside attributes, as shown in the following code snippet:

Prior to C# 10.0, the inability to use the nameof operator within a constant string literal was no doubt confusing.

C# 10.0 includes three improvements to lamb syntax, both for expressions and statements.

Note that in order to use attributes in a lambda expression, you must enclose the parameter list in parentheses. _ = [return: NotNullIfNotNull("cityState")] cityState => cityState?.Split(", ") not allowed.

If you are used to using an implicit type declaration with var, then you know firsthand that the compiler often cannot determine the signature of a method. Consider, for example, a method that returns null if it fails to convert text to nullable int:

The problem here is that int?and object will be a valid return. And it’s not obvious what to use. Although the result can be cast, the syntax for casting a large expression is cumbersome. The preferred alternative, available in C# 10.0, is to allow the return type to be declared within lambda syntax:

An added bonus for those who don’t use it that often varis that adding a return type declaration allows you to perform quick conversion actions var to an explicit lambda type, as shown in the code snippet above: Func<string?, int?>.

Finally, you can infer the natural delegate type for lambdas and expressions. Essentially, the compiler will attempt to determine the “best fit” signature of the lambda or expression, and thus allow the programmer to avoid overspecifying types when the compiler itself can infer the type.

This feature has three different usage profiles. If you write perfect code that never needs tweaking or revision, the next feature will probably be useless to you. But if you do use debug classes, logging classes, or unit test assertions, this feature can be a real boon even if you don’t know it exists. Essentially, you get the benefits of this feature without having to make any adjustments to your code. If you are a library vendor and provide validation or assertion logic, it is imperative that you use this feature wherever possible. This will greatly improve the functionality of your API.

Imagine a function that validates a string parameter to see if it’s empty or null. You can use such a function on a property like this:

There is no visible C# 10.0 feature in this code snippet. Name is a non-nullable property, with an assert method that throws an exception if the value is null or empty. So what is the feature?

The difference shows up at run time. In this case, when the value is null or empty, method AssertNotNullOrEmpty() throws an exception ArgumentNullwhose message includes an argument expression – “value“. And, if the method call was AssertNotNullOrEmpty("${firstName}{lastName}")then ArgumentNull will include the exact text: "${firstName}{lastName}"because it was an argument expression that was specified when the method was called.

One of the major advantages caller attributes is an advanced feature (which you don’t have to worry about) without making any changes to the source code. But you need to understand how to declare and use this feature when implementing assert, logging or debug methods. Here is the code demonstrating AssertNotNullOrEmpty():

When implementing CallerArgumentExpression the following recommendations should be taken into account:

Sadly, in parenthesis, as of C# 10.0, you can’t use nameof to identify the parameter. For example, CallerArgumentExpression(nameof(argument)) will not work. This is because the argument parameter is not in scope at the time of the attribute declaration. However, such support is under consideration after C# 10.0 (see Support for Method Parameter Names in nameof(): https://github.com/dotnet/csharplang/issues/373).

We invite everyone to an open lesson “Generic drugs, their implementation and limitations.” In the lesson, we will consider generic types and methods, the reasons for their appearance, their use; Let’s discuss the limitations of generics and options for inheriting generic types. Registration link. 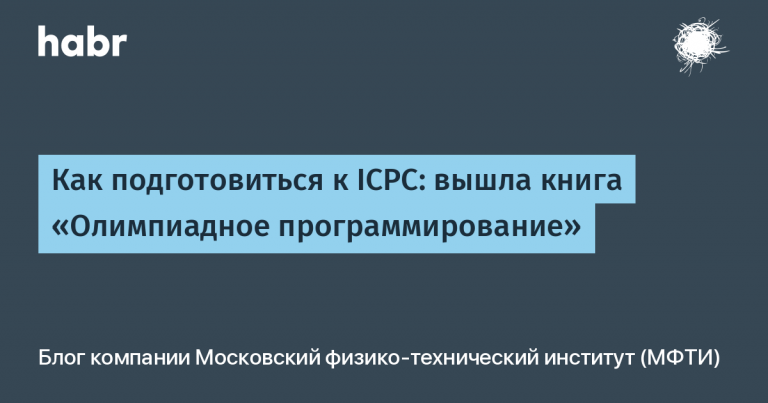