Every content marketer experiences this pain from time to time: when the customer considers himself the main audience of his brand. And then any strategy, any text is evaluated not in terms of obvious tasks and ways to solve them, but “whether it will please me, my boss and a couple of other forced subordinates.” Worthless is the price of such a strategy and such a text. And the more expensive are the examples when such an approach can be broken. Below is a free translation of the story of content marketer Cleveland Clinic, a large and successful medical company that became even bigger and more successful because it let professionals do their job. In fact, this is not about successful success. This is about the fact that any vicious system can and should be broken.

Amanda and her team

Today’s posts on the website and in social networks Cleveland Clinic have 12 million monthly views. It would seem that it should be so: on account of the blades, the discovery of serotonin, the world’s first coronary artery bypass grafting, and hundreds of other achievements in medicine. Even the notorious carpal syndrome was the first to be described by them. Why do they need a content editorial staff of 80 people?

Ten years ago, there were 60 times fewer contacts with the audience. Ten years ago, Cleveland Clinic reported $6.19 billion in revenue. 2021 results – 12.440 billion. There must be some connection here.

When the story’s heroine Amanda Todorovich first started working at the Cleveland Clinic ten years ago, there were three people in the content department. Today she leads a group of 80 people (not all of them are full-time employees) and demands 90 for herself, and all of them in the state.

How did a modest department manage to grow and convince everyone of the need for content work? First and foremost, Amanda had to learn how to talk to her bosses. The leaders of the company, including the two CEOs, had different views on what the job of a content marketer should look like and what results it should bring. I had to look for terms that her bosses would understand. For example, content and marketing are two keywords for content marketers. But what will they say to the CEO and other business leaders? Not so much.

They like the second word (marketing). And they don’t really understand what “content” means. They really don’t understand how important it is. The impact of blog posts on the company is something they are completely unaware of.

Content marketer Cleveland Clinic began to speak with business people in the language of business. And they began to listen to her. It turned out that semantics plays an important role in communication.

Better to be a doctor than a pharmacist

The next thing Amanda did, having found a common language with the management, was to develop and start implementing a content strategy.

In 2012, the clinic’s digital marketing team consisted of a three-person writer, social media specialist, and project manager who tracked all orders and content requirements from Cleveland Clinic employees in spreadsheets. And, like fairies, they fulfilled all wishes.

The first thing Amanda did was cover those spreadsheets: “That’s not the point of content marketing. We’re not going to run around asking everyone inside the company what they want.” Instead, the small content team switched from taking orders to creating content that would be useful to the audience. The new strategy was simple: three to five articles a day, and all really focused on the interests of ordinary people. For six months, the traffic of a blog called Health Essentials grew from 200,000 to 1 million visits per month.

But shifting the focus to the interests of the audience was not easy. I suspect the guys came under pressure: “From day one, we had to hold many important meetings with management and key departments concerned and explain why we are changing the strategy,” Amanda comments reservedly.

Data is a content marketer’s best friend. Viewership metrics helped bosses gain confidence. The resistance to prescriptions written by content marketers dissolved in the face of a healthy, evidence-based outcome. Amanda developed a habit of sending weekly short e-mails to her superiors about the team’s activities, describing every victory, every interesting idea.

Don’t give up and don’t protest

When the Cleveland Clinic content team hit 1 million blog hits a month, they celebrated with cake and a party. But the CEO did not share their enthusiasm. He believed that the organization’s future depended on social media success. For example, during one of the presentations of the content department, he suddenly interrupted the speaker to ask what they were doing on TikTok. It was with an eye on social media that more and more people began to hire in the content department: “It was a difficult time, because we were simultaneously implementing a new one (Health Essentials blog) and developing social networks.”

At one point, Facebook accounted for 60% of all traffic. But as the team built an arsenal of useful blog posts (and social media algorithms and behavior changed), so did the numbers. Today, most of the traffic is driven by organic search.

While the blog was driving user growth and engagement, the Cleveland Clinic website didn’t do his job. His team was stuck in a “order-taking” position: “we had a great strategy and well-coordinated work (blog and social networks), but the rest was a mess.”

It was thanks to the success of the blog and social media that Amanda was able to take charge of publishing on the brand’s website and bring together departments that once ran on their own.

The audience-focused strategy paid off again: traffic began to grow. In 2012, 50 million people visited the clinic’s website. And in 2020, it already had 256 million visits, with 81% of the traffic coming from organic search. By 2021, this number has grown to 427 million, due to the fact that additional resources have been added to a competent strategy.

The success of in-demand content revealed another discrepancy. While people came to the site for health information, only 1% made it to the clinic’s product and service pages: “These were pages where company employees did whatever they wanted. Not knowing and not understanding the needs and interests of patients.

This discrepancy sparked speculation about how to bridge the gap between the non-fiction section of the site and the service pages. The answer came the same as before: let the audience-oriented people curate these pages too. So Amanda, along with her already large team, got the entire Cleveland Clinic site. And even more resources.

How to grow a new structure without breaking the old one

This chapter is for those who work at Gazprom, or those who have more than 3 people on their team. How things work at the Cleveland Clinic. Today, content marketing is divided into three blocks:

What immediately catches your eye is that editors and writers work together with marketers. And there are other analysts around.

The director of the editorial group leads the groups of three directions:

The Director of Content Development leads groups in four areas:

TikTok is not the worst

Five years ago, the new CEO of Cleveland Clinic set new priorities. He, too, once interrupted a presentation to ask why the Cleveland Clinic didn’t show up in the search results when he was looking for a procedure. This is how new specialists appeared in the team. And another problem has been solved.

More recently, the CEO told the content department that he plans to outperform competing businesses by a factor of ten. A resilient Amanda unveiled a new content strategy to accomplish this task in five years. The general liked everything except the timing: he wanted to complete the five-year plan in two years.

The problem was solved simply – without changing the strategy, Amanda asked for 90 employees in the state and a larger budget. Whether the extensive approach will justify itself remains to be seen. But for the first time at the Cleveland Clinic, the contents of the content marketing division moved from the “expenditure” budget line to the “investment” category.

In general, there is nothing extraordinary in a strategy focused on communicating with normal living people. But for some reason, customers avoid it. 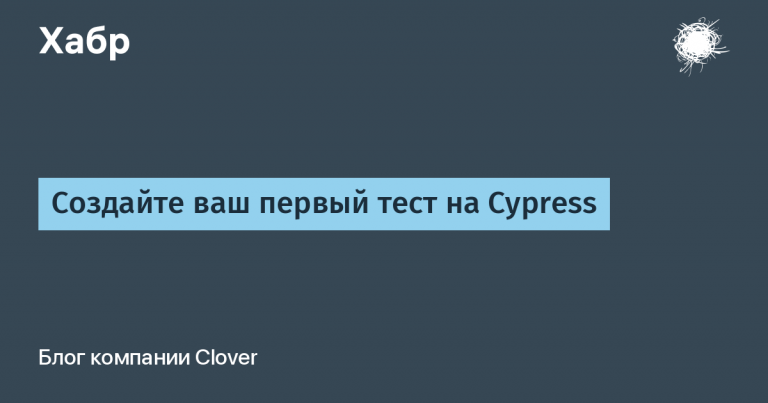