In November 2021, my wife and I moved from Moscow to a city of 22,000 people on the west coast of the republic Ireland.

How difficult is relocation? It depends on the specific situation, here I will describe my personal experience and specific expenses at the start.

Let’s start with the background. I’m 30 years old, I’m from the city BalakovoI have a wonderful wife and a dog. Your obedient servant studied at the Moscow State Technical University N.E. Bauman and at the Moscow Institute of Physics and Technology, for the most part he studied LPWAN devices. I am currently working as a Senior Software Embedded Engineer.

In May 2021, I saw a vacancy with a move to Ireland and sent my resume. The first interview was with an HR company for knowledge of English. The second interview was already directly with the company, on it I first learned about the employer, because. We didn’t talk about NDA before. The employer was a company Dairymaster. It is worth mentioning that there was no relocation of the package.

“It is quite obvious that Moscow is the most *cool* city to live in. And simply the best city in the world.” Artemy Lebedev spoke. I agree with him, but, fortunately, the city Tralee is located in one of the most picturesque places in the country, and there is even “McDonald’s and period.

From the documents I was required to:

3) translation of diplomas into English, which cost 5,000 rubles,

Now let me explain the last point. Instead of registering in Ireland, they present an electricity bill or another letter with your name and surname, but in Russia such papers are not issued. I managed to order a bank statement, and there was just the address and full name. We also filled out a couple of forms, one of them for the visa center.

In fact, spending began for the employer as well. Application for registration work permit costs 1000 euros, it was issued for 4 months. After receiving a work permit and an employment contract by e-mail, I collected an application and submitted documents to the visa center. To insure for a visa, we booked a hotel, which was then canceled. The wife submitted the same package of documents, plus a marriage certificate. We had to pay 19,500 rubles for two visas. They allegedly issued a tourist visa for 90 days with one entry so that the visa would be processed faster. Further, they have already issued a residence permit within Ireland.

Next are plane tickets. We decided to combine vacation and moving, so we first went from Moscow to Greece, then for 5 days to Budapest, and then arrived in the city of Shannon, which is an hour and a half drive from the hotel. Tickets for two people with four suitcases cost 25,000 rubles, 10,000 rubles and 8,000 rubles by country, respectively. I especially remember the cost of a ticket for one person without luggage from Budapest to Shannon – 660 rubles.

In November 2021, we saw tickets from Moscow to Dublin for 11 thousand per person. Let’s assume that we live in a world where planes fly between Russia and Europe, and we will lay down the average price for air tickets for two – 22 thousand rubles. We will not consider the cost of the vacation, because this was our personal wish.

We arrived in the city of Shannon late in the evening, so we did not dare to go further by public transport with a bunch of suitcases and rented a car. The car was relatively inexpensive – 154 euros for 9 days, but the big minus was a deposit of 2100 euros.

Knowing in advance about the terrible situation with rental housing in Ireland, we rented a room for 7 days in the cheapest hotel in Tralee for 43 thousand rubles. For you to understand, this is a room 3 by 3 meters, where there is not even a kettle. At the same time, we did not know that it was useless to look for housing or life in Ireland on Sunday, all the shops fall asleep.

We also needed two SIM cards for 20 euros each. When the connection appeared, we started calling the landlords. We were looking for housing on the site (). But we had to go to the real estate agency ourselves, because. Realtors did not respond to phone calls or emails. We are lucky, because already on the second day we found a variant of an apartment with an owner who agreed to rent it to us.

Renting a two-story three-room duplex cost 850 euros per month, plus an additional deposit of another 850 euros. The main plus for us was the opportunity to live with a dog that was waiting for us in Moscow.

Upon arrival in the country, it is recommended to apply through the local “gardu” in Ireland is the name of the police. Send a request to your email to find out the date of admission. At the appointed time, you come with documents, pay 300 euros per person. A passport is stamped and three weeks later an IRP Irish Resident Permit card arrives in the mail, which allows you to enter Ireland, this is an analogue of a visa. At the same time, we were warned that fast service is not characteristic of the Irish.

As for the rented car, it turned out to be more expensive to extend the lease than to hand it over and immediately rent the same one. Of the minuses – 154 euros were withdrawn from the card, plus again 2100 euros of the deposit, which is returned only after a month.

You can buy a car in Ireland for at least 1000 euros. For example, a 2004 Mini Cooper costs 1,500 euros (link). Insurance for Russian rights quietly takes off in a four-figure sum. This Mini Cooper was insured for more than 4,000 euros. The search for insurance itself is an adventure in itself. The cost is calculated based on previous insurances, fines, engine size, year of manufacture of the car, the value of the car and the position of the stars in the sky. In the end, we bought a 2012 Fiat 500 convertible with a small 0.9 liter engine for 6995 euros, car insurance cost us 2154 euros for a year.

From the strange: I had to pay the insurance company by dictating the credit card number over the phone, because here all problems are solved through the phone. If you include your wife in the insurance, it will be 5% cheaper. It also requires an NCT inspection (paid by the seller) and tax, which can be paid within a week after purchase, on our car – 180 euros per year. These three labels are inserted under the windshield, as “In the name of father, son and holy insurance.

Utility bills. I got into a bureaucratic loop where it is impossible to connect an electric company to the house. Yes, here the residents themselves choose the supplier of electrical services, but without a bank account it is impossible to do this. A bank account cannot be issued without confirmation of the address, and the address cannot be obtained without an electricity bill, which cannot be obtained without concluding an agreement with an electric company. The solution was found after two hours of talking on the phone. The company agreed to conclude an agreement with an additional deposit of 300 euros. Along with this, another way out was found – a bank 30 kilometers away agreed to accept a letter with a PPS number and a letter from the employer to confirm the address.

In December, civil servants in Ireland work until 17 December. As a result, by this time I barely managed to get a PPS number, an analogue of our TIN, and open a bank account. If I had not opened a bank account by the end of December, I would have received my salary only at the end of January. However, I did not have time to confirm my account on the tax website, so in the first month the salary came 25% less. It took another 4 months to prove to the tax office that I was married and did not want to pay an additional 6% tax. Fortunately, the tax authorities will return the money later, but to resolve the issue, it took one consultation with an accountant for 100 euros.

Many people think that electricity in Ireland costs space money. Some of it is, but it’s all relative. The cost of a kilowatt here is 0.21 euros during the day and 0.10 at night. In winter, even in the coldest months, we spent no more than 250 euros, while heating only with electricity and up to normal temperatures. The Irish themselves think differently and live in the cold. 16 degrees in the house is normal for them. But there is another plus – we do not pay for water, because Guinness bought all the water in the country a hundred years ago. There is sad news, from October 2022 promise double the prices.

The minimum salary or pension in Ireland is more than 1600 euros. My salary comes after taxes are deducted. You don’t have to pay anything extra, except for exotic TV and pet taxes. Unfortunately, the NDA strictly forbids me from talking about my RFP, but you can get a rough idea from the post here adjusted for the fact that salaries in the regions are less. Another useful resource for comparing life Numbeooften does not match, but the estimated representation can be added.

Results for the first time.

After two months, they returned the deposit for the car and then 1,127,660 rubles remain

If you subtract the cost of buying a car and insurance, you get 381 thousand rubles. Although I don’t understand how to survive here without a car, considering the work is 20 km away, where there are no buses or other transport.

Was it worth it? Yes, definitely. Nature, the ocean, safety, organic food and 5 million other benefits paid off all the costs. The move was not easy for us, so look at the nuances that you will have to face. Aware means armed. Good luck to everyone in your search for your dreams!

Emigration and everything about it in telegram blogs

Ireland: how to change jobs for an IT immigrant

Ireland is a bridge between America and Europe. How does a religious country live, which suddenly became an IT cluster

Please share in the comments if you are interested in monthly expenses or if you also have experience of moving. 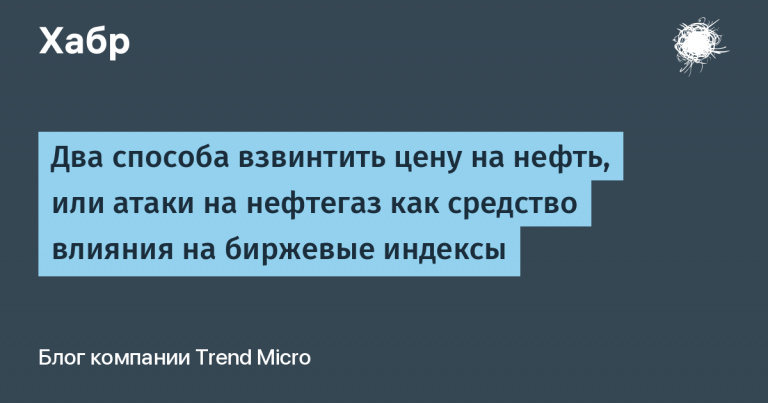