I was scared to write about this until recently.

Upwork has become one of the main sources of income for me personally and for my agency, so after restoring my accounts, I was afraid that if I publish this, I will be blocked again.

But I am no longer afraid of being misunderstood, since my story (a) is truthful to the core (b) is good for everyone, including Upwork itself.

In 2019, my team decided to join Upwork. We knew it would not be easy, but we didn’t expect our journey to end so quickly.

After 2 months of work, my agency profile with all freelancers was forever locked as soon as we started receiving the first orders.

We planned a long-term partnership with Upwork both as an agency and as a client, spending hundreds of hours creating strategies, preparing a team and polishing profiles.

But in the end we were sent to the ban without any explanation from the support service and about $ 20,000 in damagesnot counting missed opportunities and damage to reputation.

But the story doesn’t end there …

The Upwork support indifferently rejected my requests and my ass was on fire, to put it mildly.

My calls to support were just a waste of time, so I chose as a strategy to popularize the problem and damage the company’s online reputation in the hopes of attracting the attention of the larger players in the company.

I knew Upwork was a public company and any negative sentiment on social media would indirectly affect its position in the market.

The problem was finding the right platform.

So I had to find a way create a viral message without a subscriber base.

Probably the least effective strategy in my attempts to recover an account.

We have sent some very thoughtful emails explaining and arguing for what, in our opinion, could lead to the suspension, but in response, they received only soulless stereotyped answers.

Before long, Upwork removed the Top Rated badges from accounts and I could no longer contact support at all.

However, I believe that my persistence contributed to the final victory.

Since I was blocked on the main platform, the community forum was not available to me (such is the freedom of speech).

Therefore, I asked my friend to share this story, to which I received another response, full of apathy.

I went to LinkedIn to try and connect with as many people at Upwork as possible.

Unfortunately, this proved to be impossible because people put their jobs on Upwork, Inc., even though they are just freelancers on the platform.

Consequently, Upwork’s LinkedIn has thousands of employees, making it difficult to find.

Having personal contact with someone from Upwork can work. In my case, this option had to be left.

Upwork has unofficial sub-reddit… Even though this is unofficial, I knew that some Upwork employees might be hanging around there.

And again my goal was to educate as many people as possible about the problem.

So I wrote a pretty clickbait headline trying to resonate with freelancers who were treated equally unfairly.

The post did not take off, but received many positive reviews and about 40 comments.

I was ready for the haters to appear, but most people just supported me and showed sympathy.

To be honest, I got some voices up with the help of friends and colleagues.

I asked a friend to ask a question: “Is Upwork a good platform for digital agency development?”

And there I poured out all the hatred that had accumulated over the previous couple of weeks.

The story turned out to be very emotional, full of personal details and blatant injustice.

I made sure that my signature matches the text of the message, thus adding drama to the situation.

My Quira account was just created, so I didn’t have any followers or previous answers.

But Quora turned out to be the best medium for my public revenge, as it allowed me to directly invite people to “answer” a question.

There were an infinite number of people to invite at that time, so I invited everyone.

In general, in terms of everyone who was somehow connected with Upwork: freelancers or agency owners, employees, including the then CEO of Upwork, and so on.

Of course, I didn’t expect their answers, I just wanted everyone to see my answer.

That was the moment the Americans say shit hit the fan 💨💩

First, the story immediately received a fairly large number of views, an average of 200 per day, and was growing steadily.

The community responded to this problem, people shared their own stories of how they were blocked without explanation.

I began to receive a lot of positive comments and reposts, but even this was not a viral effect.

People started to write their own answers to my question, so I was afraid that my answer would go down.

But that all changed when the question became part of an email newsletter to over 110,000 people.

Finally my pain resonated with others, and the storm has moved towards Upwork.

I was pleased with myself.

And then I won.

All of a sudden, Sandy from the Upwork Trust & Safety Team emailed me good news:

All accounts and agency have been unlocked.

I have not been able to figure out the reason for the suspension, but apparently, it has something to do with logging into multiple accounts from the same computer.

Upwork dominates the freelance market. They have the power to dictate their own rules of the game: who can participate in the developing gig economyand who is not.

But mistreating users for no reason can backfire.

Never do not be afraid to stand up for truth and justice, even if it is one person against a large corporation.

Thousands of talented freelancers are restricted from the marketplace for no reason. For many, this could be the main source of income. In some countries, Upwork may be almost the only online resource where you can actually make substantial money online.

Good dialogue is what Upwork needs with its users.

After unlocking, they began to treat me like a king.

Suddenly, the support responses were thoughtful and polite.

I was assigned an agent from the Executive Escalations Team who helped me get back the profile icons, set up BYOC, restore contracts, and even get access to the API.

When having issues with Jira integration and working with the Upwork API, I felt that my profile history had a positive impact on the quality of service.

It was then that I realized that everything is for real with Upwork.

I couldn’t just pass up the opportunity to turn this into a success story.

18 months and $ 280,000 later Upwork is my best friend. Upwork has become my operating system for work.

I hire on Upwork and sell on Upwork. Most of the time, I do both within the same business model.

In 2019, I had to close the main office of Auxility in Kiev and lay off all employees. These were tough times when there was not enough liquidity to invest in looking for a new business.

But thanks to Upwork, my company survived and grew from a cluster of freelancers to a team of 50+ remote employees.

I have hired over 100 talented engineers for my projects through Upwork.

I created Scalifier🚀to help businesses grow and scale with Upwork and the world’s largest retail marketplaces.

Focusing on Upwork allowed me to understand that the world labor market will look similar in the future, some #FurureOfWork.

Companies should have unlimited access to the world’s best talent, while providers should have the independence and freedom to work with anyone, anywhere, anytime.

Through Upwork, I realized that I want to contribute to this new transparent, borderless and independent labor economy. 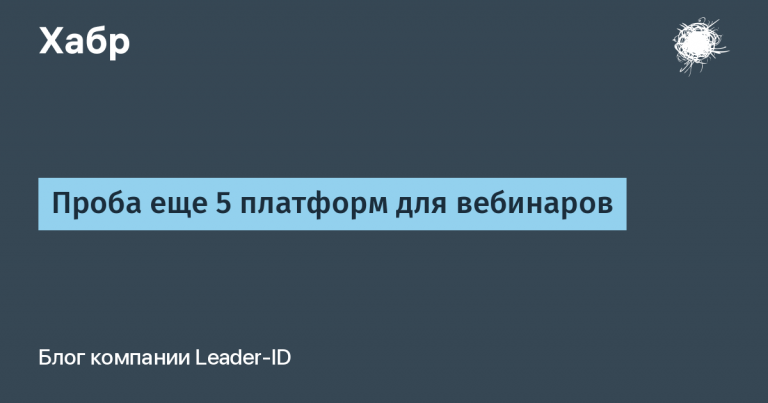