The article addresses the following aspects:

Glucose was first isolated in 1747 from raisins by Andreas Marggraf. The name “glucose” was coined in 1838 by Jean Dumas based on the Greek word “glycos”, which means “sugar” or “sweet”.

Friedrich August Kekule proposed the term dextrose, since in an aqueous glucose solution the plane of linearly polarized light is turned to the right, and dexter in Latin means right. In contrast, D-fructose and L-glucose rotate linearly polarized light to the left. Earlier designations in accordance with the rotation of the plane of linearly polarized light were later discarded in favor of D- and L-designations, which refer to the absolute configuration of the asymmetric center farthest from the carbonyl (C = O) group. It is important to note that natural hexoses — glucose, fructose, mannose, and galactose — are classified as D-compounds in stereochemical configurations and are more acceptable to organisms than their L-isomers.

Since glucose consumption is a basic requirement of many organisms, a correct understanding of its chemical composition and structure has made a great contribution to the overall development of organic chemistry. This understanding was introduced into science by the German chemist Emil Fischer, for which in 1902 he received the Nobel Prize.
As a result of glucose synthesis, the structure of glucose was confirmed, thereby the theory of chemical kinetics of Van Hoff was finally confirmed. It is safe to say that Fisher is the person who made the greatest contribution to the study of carbohydrate chemistry in history.

It is noteworthy that several Nobel prizes are associated with the glucose molecule, namely:

● For works related to muscle glucose metabolism, Otto Meyerhof received the Nobel Prize in Physiology or Medicine in 1922.

● Hans von Euler-Helpin was awarded the Nobel Prize in Chemistry with Arthur Garden in 1929 for “research on the fermentation of sugar and fermentation enzymes.”

● In 1947, Karl and Gerti Corey, for their discovery of the conversion of glycogen from glucose, received the Nobel Prize in physiology and medicine, as well as for the discovery of the role of the pituitary gland in the metabolism of glucose and carbohydrate derivatives.

● In 1970, Luis Leloir was awarded the Nobel Prize in Chemistry for his work on nucleotides related to sugars, as well as the metabolism of carbohydrates in living cells.

An important parameter for carbohydrates is the glycemic index – a relative indicator that, when used in food, reflects a change in blood glucose and, therefore, insulin. For glucose, this indicator is 100, and for fructose 32, which suggests that fructose has a much weaker effect on insulin and blood sugar than glucose.

Carbohydrate metabolism is usually controlled by hormones such as cortisol, glucagon and adrenaline, insulin [1].

Energy in the body is accumulated in the form of a reserve – glycogen, and triglycerides in fat cells are also deposited. Glycogenesis and glycogenolysis are the synthesis and breakdown of glycogen in the body, respectively.

The anaerobic pathway for direct oxidation of glucose is the pentose cycle. As a result of it, glucose is oxidized to CO2 with the formation of nicotinamide adenine dinucleotide phosphate (NADPH) and H +[2].

Interconversions of hexoses are also separately distinguished. For example, the equilibrium between α-D and β-D-forms of glucose.

Gluconeogenesis is the formation of carbohydrates from non-carbohydrate foods. In gluconeogenesis in the liver, the most important substrates are lactate from muscle tissue and red blood cells, glucogenic amino acids from the gastrointestinal tract, muscle alanine, and glycerin from adipose tissue. The process of gluconeogenesis can occur in the kidneys, however, their contribution to glucose synthesis is only about 10%. A large load falls on the liver. [3]

The main disease associated with glucose metabolism is diabetes. Diabetes mellitus is of two types. Type 2 is a metabolic disease characterized by chronic hyperglycemia, which develops as a result of impaired insulin secretion or decreased tissue sensitivity to insulin. Type 1 is an autoimmune disease characterized by absolute insulin deficiency caused by destruction of pancreatic beta cells. In diabetes mellitus, blood vessels are damaged due to elevated glucose levels. Especially often the feet suffer from this: sometimes it even comes to amputation. Eyes may suffer, chronic kidney and heart failure may develop. Diabetes contributes to the development of atherosclerosis and increases mortality.

Helix Glucose Standards
The price of the service is 190 rubles.

Another important test in assessing carbohydrate metabolism. Sugar curve – glucose tolerance test – consists in determining the level of glucose in blood plasma on an empty stomach and 2 hours after a carbohydrate load. Needed to evaluate glucose resistance, i.e. to detect diabetes, prediabetes or metabolic syndrome. The price of the service is 680 rubles.
Reference values ​​are 4.1-7.8 mmol / L. Values ​​greater than 11.1 mmol / L – diabetes.

Benefits of a Vegetarian Diet

It is important to note that the author of the article is a meat eater.

Increased consumption of fiber sources – fruits and vegetables, has a positive effect on the condition. Replacing meat with other types of protein foods can diversify your diet with healthy nutrients. For example, soybeans are a protein substitute for lacto-ovo-vegetarians and vegans. They are rich in lysine, leucine, isoleucine, phenylalanine, calcium and phosphate, which contribute to increased glycemic control and sensitivity to insulin [4] [5].

A large amount of soluble fiber in the diet may be useful for diabetes, since soluble fiber binds glucose, slowing its absorption into the blood [6].

A higher intake of whole grains and vegetables was found in vegetarians compared to non-vegetarians, these foods contain high amounts of fiber and magnesium.

Consuming whole grains has been found to reduce the risk of diabetes. [4].

It is important to consume enough magnesium, as deficiency can impair insulin signaling.

Another advantage of plant foods is their lower calorie content. Weight loss contributes to insulin sensitivity and glycemic control. [4].

Reducing saturated fat intake is an important aspect of a vegetarian diet. Vegetarians also consume less saturated fats, and it has been shown that replacing these fats with polyunsaturated fatty acids is useful in preventing diabetes and its associated complications. [7].

Semi-vegetarians who eat meat minimally, but regularly, consume saturated fats, which reduces insulin secretion and can cause apoptosis of beta cells, thereby contributing to the risk of type 1 diabetes [4].

There is evidence that omega-3 fatty acids found in fish can reduce insulin secretion. [7].

A little more information about fats

It is suggested that red meat may be one of the risk factors for diabetes [26]. A 2011 study examined different groups of people for the relationship between the consumption of unprocessed and processed red meat and the incidence of diabetes in adults in the US [8]. All three groups showed a positive association between diabetes risk and meat consumption, even after taking into account other lifestyle factors. This is consistent with previous studies that have shown that eating meat at least once a week increases your risk of developing diabetes. [9].

The glucose level has a huge impact on human metabolism, in connection with which violations of this indicator can lead to irreversible pathological changes throughout the body. To achieve the goals of prolonging life and maintaining an active mind, we recommend checking the level of sugar once every 3 years, and if you are more than 45 years old, then once a year.

In order to save yourself, it is also important to remember:

Ribose – an excellent sweetener, does not cause insulin release, is used as a dietary supplement. It is also the building block of RNA, adenosine triphosphate (ATP), contributes to the improvement of mitochondrial function. In this regard, there may be a noticeable tonic effect when consumed, synergizes with coffee [10].

And he recommends not at all strongly, but to take a closer look, as it is not suitable for everyone:

Lifext helps you understand the analysis!

Want to monitor glucose and other markers on a regular basis? We made a pocket assistant! With it you will receive:

The application is multilingual – while English + Russian.

Storage of tests is reliable, in the Google cloud. Immediately gives an analysis into the general norms and standards of Lifext, taking into account gender and age.

While there are glitches and bugs, but we are constantly improving everything, please treat with understanding;)

The information posted on the Lifext Blog is for free reference. Our team makes every effort to provide users with accurate and reliable information, but at the same time does not exclude the possibility of errors. A doctor must be consulted for diagnosis and treatment. 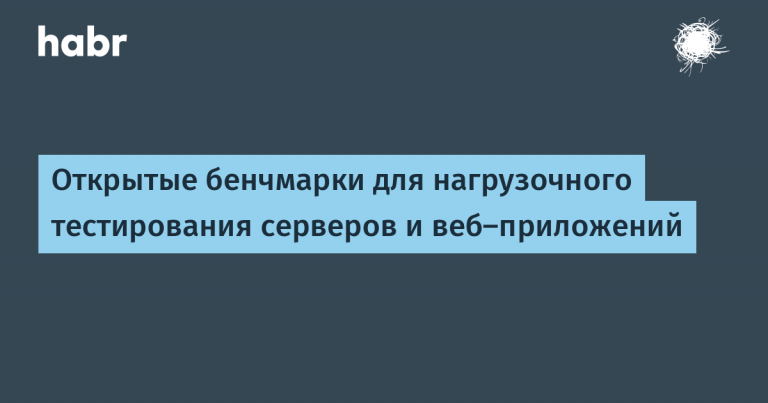