Skip to content
Game mechanics have long been used in non-game processes such as sales, marketing, HR, and training. Gamification has established itself as an effective way of engaging in the educational process and has become one of the main trends.

However, game-based learning is becoming more and more noticeable – a type of game process as a result of which the user gains knowledge or skills. Researchers say about him as the fastest growing trend in the education sector around the world, in particular – school, and the total market size by 2025 appreciate at $ 28.8 billion

Let’s look at examples of GBL projects and figure out in which cases it is more appropriate to apply this or that approach.

Mathematical game Uchi.ru for schoolchildren. The main mechanic: in order to conjure in a fight with the enemy, you need to solve examples. It is supplemented with numerous features in the form of customization and character leveling.

Chemistry training version of Minecraft. With the help of experiments, players study from what substances and chemical compounds different instruments are made and how the elements interact with each other.

A multiplayer location in the form of a school, where you can create clubs in tree houses and go through educational mini-games in machines. Points earned allow you to customize your character.

A platformer teaching arithmetic: to complete the level, the user playing for the number 12 solves math problems for addition and subtraction.

One of the first representatives of game-based learning. The game for high school is dedicated to an important event in the history of the United States – the development of the Wild West. The user leads a group of immigrants to Oregon, manages supplies, hunts wild animals and makes decisions in difficult situations.

In a strategy teaching programming, the player joins a Python or JavaScript team. Standard home camp algorithms are used to attack the enemy. Improving algorithms and creating a bot will help produce more resources and more effectively attack opponents.

The mystical story Uchi.ru about the disappearance of electricity in the city, which the main character, a high school student, investigates, solving mathematical puzzles. Relations with other characters depend on the choice of lines.

A refinery simulator from the creators of SimCity, developed in 1993 for the energy company Chevron. Employees in a playful way could work out emergency situations, study production and technological processes.

Game-based learning is found even on NES consoles (Fomicom), which work only with a special adapter. In an educational game with a sci-fi storyline for students in grades 4-6, humanity went into outer space and came into contact with aliens. It turned out that the universe is under the yoke of a “dark union”, and it can be defeated by pumping the intellect of children. The story helps to draw attention to the teaching part – in the game you can even talk to your alien classmates and the teacher.

Game-based learning projects differ from gamified learning formats in their approach to content, the user’s role, goal, motivation, and reward.

The role played by the user

A role within a game or game-based projects is a character from a special world with its own story and mission, in whose place the user takes. Sometimes the character is absent, but the role remains, as, for example, in the game Civilization, where the player controls the state.

In gami ed educational projects, the user does not have a role – he learns to get a good grade or to qualify for a higher salary, not to save a princess or destroy zombies and save humanity.

The role affects the attitude towards the process. Getting used to the character, you solve problems that are more exciting than routine tasks. Saving the kingdom is much more fun than repeating the math.

The story helps to engage the user: the more he associates himself with the hero or the problem, the more he empathizes and becomes involved in the game. Therefore, the choice of the setting and character of the character is so important, depending on the portrait of the target audience.

In any game, role and mission are in the foreground. You play Super Mario – you are a plumber and rescue a princess, in Uncharted – you are a treasure seeker and try to get ahead of your rivals.

The role itself may not be of interest to the user. She may not even like it, while the game will be exciting. The role should not be liked by itself, it should fight with the purpose of the game and the setting, be organic. Not many would like to try on the role of a terrorist, while several generations have grown up on Counter-Strike.

The goal the user is striving for

The player’s goal in educational game-based projects is to win: complete a level, kill a boss, reach the end. It can be achieved by adhering to the in-game rules indirectly related to training.

For example, in our new GBL project in mathematics, a visual novel for high school students, the player’s goal is not to learn linear equations, but to understand the mysterious findings and disappearance of a teacher who seems to be not who he says he is.

According to the plot, the hero enters a new class and meets a girl there. On the same day, the school goes out of electricity, and the math teacher gives a strange homework, the answer to which is the room number. The next day, the teacher disappears, and a combination lock interferes with getting into the office from home. Above it, someone scrawled an equation that would be the key to the lock. Following such traces, the hero and his new friend find new safes and riddles.

It turns out that the player’s goal is to find out what is behind the mysterious events, and you can come to it by solving puzzles and tasks that are organically woven into the plot: equations on a slate board, drawings on the wall, and so on. Thus, in order to advance further, find out the end of the story, complete a level or conditionally “kill the boss”, the player, as it were, studies new topics and practices new skills. Perhaps he did not want to learn anything, but within the framework of the game, he has a motive – to unravel the story, and for this you can solve the equations.

The goal of a student of a gamified course is different – to learn something specific, for example: programming in the classical approach in order to find a profession and a stable salary, or mathematics in order to pass an exam. That is, the user of such a project wants to gain new knowledge, and PBL (points, badges, leaderboards), the basis of gamification, helps to master them.

User motivation and its relationship with age

The motivation of children is different from the motivation of adults. For example, in the 5th grade I don’t want to study at all: there is still a long way to go to exams, admission to a university, career advancement. The joy of learning new things is exhausted, at school, topics begin that it is not clear how to apply in life. Games, TV shows and communication with peers at this stage are the main competitors of education.

This motive is exploited by educational game-based projects: first of all, an exciting story and colorful content invite a child to play.

It’s different for adults. Schoolchildren from grade 9, students, specialists usually know which exams they will take, what they want to get with the help of new knowledge. They are also not averse to having fun, but they no longer want to mix learning with entertainment, but to achieve a specific result as soon as possible. Adults have a different entertainment system: unlike children, who are 100% dependent on their parents, they are the providers of their own leisure time.

Gamification is protection against procrastination. Game mechanics in educational courses remain in the background. They help solve the problem of monotony, get a dose of dopamine over a long distance. A person gets satisfaction from the result, for example, a successfully passed exam. If it is not soon, and the amount of information necessary for assimilation is too large, glasses, achievements and visualization of progress come to the rescue.

Gamification only works when the student is already interested or important in the subject. Game-based learning can make learning a subject interesting, even if it doesn’t initially evoke warm feelings. For example, in Minecraft Education, children who do not like chemistry lessons are looking for the right elements to make a new substance, and not at all in order to learn chemistry.

Reward in the project system

Game-based learning rewards the player with content within the project: opening a new level, pumping a character, improving something inside the game. The reward can be quantitatively expressed in points, points or coins, but their main difference from gamification points is that their turnover is enclosed in the gaming ecosystem. In gamified courses, the reward is carried out using PBL – mainly, these are points, achievements and rating among other participants, which affect the passage indirectly.

In educational projects based on the game, for mastering new material, the student gets the opportunity to play further, advance through the plot, get closer to the goal, discover new locations and new characters, and also speed up the passage process through pumping. New enemies, additions, side quests can also be rewards.

Such a closed system is important, as it encourages the player to continue playing. New turns of the plot and obvious improvements, for example, a stronger blow that a character can inflict after the nth number of completed tasks, show the growth of the user within the game.

Gamification points usually cannot be spent, or you can, but on a very limited list of prizes. They do not affect the learning process itself in any way, but they keep motivated to continue for a while.

At GBL, the assortment is much wider. For the points earned, you can pump the character, improve his appearance, open a new location. Usually you want to do everything at once, but you have to choose what is more important right now.
Also one of the main motives of GBL is curiosity, a universal source of dopamine. “What will happen next?” – the main question and engine of the gameplay.

In game-based learning, the game is primary. In this case, the game mechanics may not exist – only the role and the plot (as in a text quest). In the same Go Practice, which I personally consider to be GBL, the mechanics are not game mechanics, but based on a role model and solving product analytics problems.

Making the plot and mechanics interesting is always a challenge. It is difficult, but it opens up the horizon for creativity.

For gamification, the methodical part is primary, on which points, badges and a leaderboard are superimposed.

In game-based learning, the plot and character develop due to progress, and in gamification, progress is mainly tied to points, achievements and the leaderboard.

In short, if gamification is a packaging for an educational product, then game-based learning is a product, a game in which learning is embedded.

Recently, there are more game-based learning projects, new solutions and ideas appear. Gamification is a kind of standard that has proven effective. It’s like a feature that a lot of people want to implement and that boosts metrics quickly. Today, even within banking applications, there is gamification. Both approaches to creating educational projects can be useful and effective. 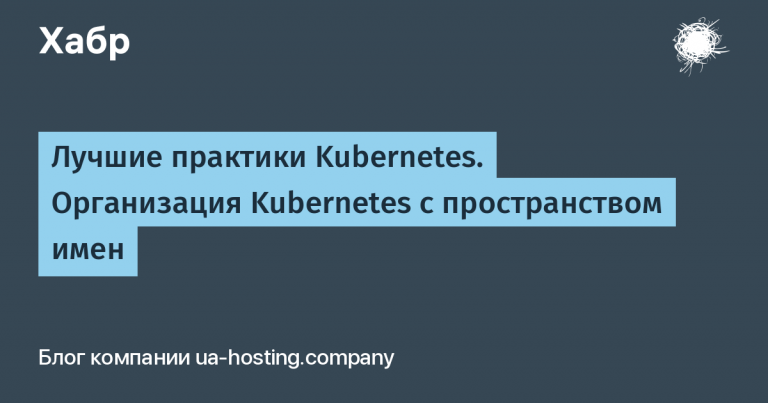 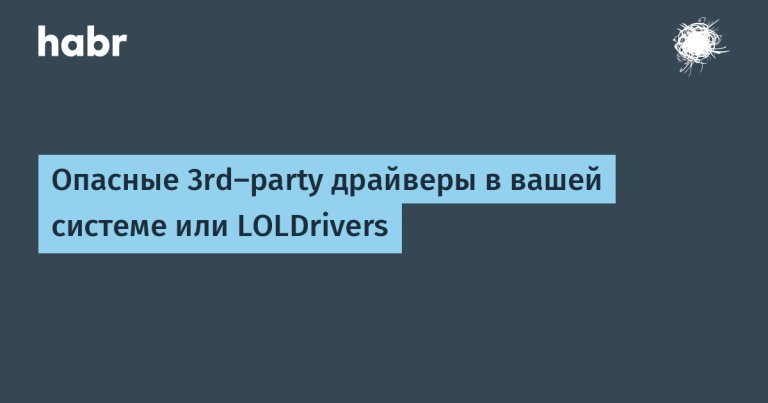