Today, due to the pandemic, it is very difficult to invest money in business, inflation is growing, the global lockdown has completely destroyed the markets, etc. Finding promising investment properties is more difficult than ever. Bloomberg recently asked financial experts where they would invest $ 100,000 today. What was the answer? Cryptocurrency? Minerals? No. They overwhelmingly recommended alternative assets like art.

First, I suggest you figure out what is NFT?

NFT (non-fungible token) is a unique non-fungible digital key based on cryptocurrency. The NFT cannot be destroyed or replaced with another such token. It is a certificate of the uniqueness and uniqueness of any digital object. It is worth noting that the non-fungible token does not affect file copying in any way. It only confirms that a particular user has a particular digital object. With the help of NFT technology, you can sell or buy any digital object – music, image, 3D model, text, game item, etc. Its essence consists in registering ownership of a specific virtual object in the blockchain.

The blockchain itself is effectively a ledger of records. For example, bitcoin or ether are records on the blockchain. NFT too. Such tokens, like any cryptocurrency, can be stored in your crypto wallet and you can make transactions with them, buy and sell.

But there is an important difference. Bitcoins, ethers, other digital currencies and even real money can easily replace each other and are divided into parts. Let’s say 0.1 bitcoin or 0.1 ether, as well as 0.1 rubles. – are not unique. They can be exchanged for any other 0.1 bitcoin, 0.1 ether or 0.1 rubles.

NFT cannot be split into parts or replaced with a similar token. From this point of view, NFT has all the properties of a unique item in the physical world.

The OpenSea platform was founded in November 2017 and is by far the largest marketplace for buying and selling digital collectibles and other rare assets. The platform offers over 300 types of assets and over 10,000,000 items. On the OpenSea site, any artist can convert their work into NFT tokens and post them for sale. Unlike other platforms, they are free to create here. You will need to pay only when placing the first work for sale – the standard commission of the Ethereum network.

How to make money on a regular picture

To create a token, you will need a wallet in the Ethereum system, as well as a file with digital content. Usually, the algorithm of actions is similar to working with a virtual photo album. Just create a collection and add a media file (or files) to it in any of the available formats – from PNG to MP4. Each file needs to come up with a name and, preferably, a description. Now all that remains is to click the Create button. The platform itself creates a token and sends it for verification. Some platforms do this with a delay: the token is created after a buyer has been found for the media content.

In addition, a certain set of owner rights is sewn into the NFT. This is usually permission to freely display images or play music and videos. But sometimes sellers include the entire set of copyrights in the token.

For example, musician Clarian put up for auction his 12-track album Whale Shark with an initial bid of almost $ 190,000. The buyer will become the full owner of the album. “The owner will be able to do whatever he wants with the music: broadcast it on the Internet, license soundtracks, change it and remix it, destroy it or keep it for long trips to the beach,” reads the description of the lot.

Thus, NFT is a digital property (pictures in JPG format, audio tracks, videos, photos and much more) plus a set of certain rights to it. And from a technical point of view, it doesn’t matter if it’s real art or a randomly generated file.

Why such a hype around NFT and such transaction amounts? Are people out of their minds?
The excitement around NFT seems insane only at first glance. Let’s take a few steps back.

First. Believe it or not, there is a strong demand for digital assets. Largely thanks to gamers. Surely you are familiar with Dota 2 – a multiplayer game that has become an esports discipline. It allows you to buy digital property for real money. For example, one of the players bought himself a rare pink dog for $ 38 thousand. In the game, the dog simply brings items to the character.

Second. Avid collectors should not be discounted. They are willing to pay huge sums for items that may seem like rubbish to many. So, in the summer of 2020, a collectible card with Pokémon Pikachu was sold for $ 250 thousand. In October, Honus Wagner’s T206 baseball card was purchased for $ 3.25 million. With the exception of the carrier, they are not that much different from NFT.

When all these facts are taken into account, the NFT boom no longer seems strange. The soil for it has long been prepared by gamers and collectors.

Are there bots on Opensea?

Research by The Defiant has shown that bots control the auction system. Analysts of the publication found out that Ethereum addresses cancel orders too often: out of the last thousand transactions through the OpenSea contract, more than 250 were canceled. Industry analyst Mike Dudas believes that bots have worked here:

Opensea is controlled by bots. They set the price below the market and cancel orders after acceptance, but before execution. Thus, the game is going down: prices for series and collections are falling lower and lower until they reach the desired level. Then the bots buy the asset and start the game in the opposite direction – for a rise

One well-known developer, Solidity, explained in an interview with The Defiant that bots wait for someone to accept their bid and then interrupt it, canceling the bid. This is where psychology comes in: users who missed a deal lower the price and try again. The study also says that many users are experiencing a “cancel execution” error. OpenSea argues that it occurs when an item in an auction is blocked or cannot be transferred. You have to pay for the cancellation of applications. If bots continue to play ahead of the curve, winding up gas commissions will kill the entire auction system.

The NFT industry is promoted as a path to decentralization for content creators, an opportunity to monetize their digital work, but not as a place where soulless robots manipulate prices.

There is a much greater danger when buying NFT tokens

When a user views a malicious NFT and sees a pop-up asking him to connect to a cryptocurrency wallet. The victim clicks on the button to connect to his wallet to perform an action with the donated NFT, and as a result provides access to the wallet to the attacker. To steal funds, the hacker displays another pop-up window, which is also associated with the OpenSea storage domain. If the user does not notice the transaction note in this pop-up window in time and clicks on it, the attacker will be able to steal the cryptocurrency. Alas, such requests often appear as “system notification” and users are more likely to approve the transaction without even reading the message.

Fortunately, these flaws are quickly eliminated. But they are still common.

The challenge for OpenSea is to successfully catalog such a dizzying array of objects that are becoming more and more complex. The opportunity is to capture as much of this growing volume as possible. This may require new products and features. OpenSea has released a mobile app over the past couple of weeks. While it does not yet allow buying and selling, this is the first step towards a true multi-platform offering that could further popularize NFT.

If this were possible from a regulatory standpoint, partial ownership of NFTs would represent a massive unlock for the industry. At the moment, many of them are excluded simply due to pricing. For example, the current “minimum price” for Bored Monkey is 38.7 ETH, roughly $ 140,000. This is beyond everything except the rich.

Below is a diagram based on raw data from approximately 400,000 addresses on OpenSea. On the outer ring, each network consists of addresses that uniquely own one type of NFT. The number of connections shown in the figure represents the amount of actual ownership. For example, thousands of addresses are owned by CryptoKitties alone. Connections on these graphs have a size equal to their number.

So, if you are a professional artist or musician and you have a huge number of works, try uploading them to OPENSEA, suddenly you will become the new Picasso or Mozart in the digital world. 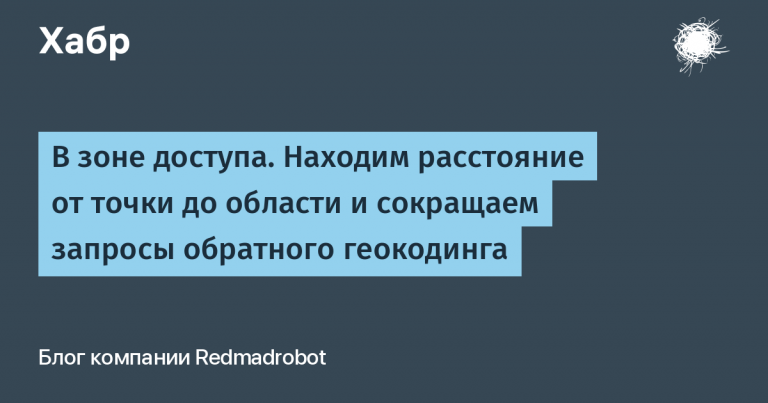