or money transfers yesterday, the day before yesterday and today.

If you are a scientist, a quantum physicist, and cannot explain in a nutshell to a five-year-old what you are doing, you are a charlatan. “(C) Richard Feynman

It is a thankless job to talk about the Fast Payment System that we have made. For a layman, this thing is as simple as a ballpoint pen, and therefore it is difficult to understand – what is new and unusual here? Here you have pressed two buttons and the money is already in the account – so what? This is self-evident.

By the way, is the ballpoint pen I took for example a breakthrough? After all, Gogol once wrote before her appearance, and not bad. But what if a good idea came to mind suddenly, to look for ink and a pen? No, you can just take a pen and notebook out of your pocket and write it down right there. Simply? Very much, even nothing to talk about. Behavior change? Yes, and strong.

I have been working in the money transfer industry for 12 years and have managed to catch the change of several eras. Now I work in the Fast Payments System, and I have to tell my school friends, former colleagues and even shawarma sellers about SBP, so for the thousandth time I took and wrote down my stories and decided to publish them. There will be a story about how transactions became so everyday and invisible that no one remembers them.

Translation as done before

Today we will only talk about translations from person to person, Consumer-to-Consumer, C2C.

Who used it and how?

The main scenario is cash-to-cash, brought in cash – issued cash. Parents sent money to students who left; those who left for work – salaries home to families; sometimes even merchants paid for goods.

A separate case is a translation to oneself: a person travels to another city and is afraid to take cash with him on the train.

How did it look to the client?

Have you read it? Until recently, this was the norm.

What do we see? High transaction costs – time and going to the branch; filling out papers; you need to call the recipient and clarify the details. If you send your salary home once a month, this is portable, but for a case, when a colleague throws three hundred rubles, it won’t even occur to a colleague.

At the request of the law, you need to identify yourself, therefore, when sending large amounts of a personal visit to the bank, you cannot avoid in any way.

The first two options are limited to 15,000 rubles, since the sender is not identified.

Let’s step five years ahead into the world of “plastic” – now everyone has a card, even retrogrades have a salary card.

The card-to-card script appears – interbank transfer by card number. And what, so it was possible? You no longer need to fill out a questionnaire and come to the bank yourself, you just need to use Internet banking and know the recipient’s card number. Well, so that the payment system of the sender and the recipient would be the same. Such transfers are processed by the International payment system itself (VISA, MasterCard, etc.). And one more benefit – you don’t need to know what the recipient’s bank is. The Ministry of Railways will direct it to the right places.

There are already fewer inconveniences, but they still remain: the card number is not eternal, the cards are changed, which means that you need to say the card number every time. As a conclusion – it needs to be “exposed”. Well, in general, you need to know it, that is, get it out of your wallet, that is, carry it with you. And, of course, you had to pay a commission for such a transfer, so some of the senders at this stage refused to transfer – something is expensive, I’d rather look for cash.

There was also an option for principled ones (it still exists) – transfer from account to account using the details. You need to know the BIK of the bank and the beneficiary’s account number in it. Such a transfer can take a couple of days, and there is also a commission, since such a transfer has a high cost for banks.

As today? Mobile only

The basic premise of the new behavior is that everyone has a smartphone and a smartphone is used as the default tool for any household operation.

Everything seemed to suit everyone, but here’s a case: five people had lunch together and want to pay.

– oops, and I forgot the cash at home. Lend me, I’ll take it off tomorrow and give it back!

– Let me pay for everyone, and you will give me money?

– I only have a thousand, do you have change?

Small but daily case. How to solve it? Cash is not always convenient; and it would never even occur to you to use a full-fledged money transfer – the recipient is sitting in front of you, do not go to the bank to send him money for a hundred rubles! If only you could send money as easily as paying for your mobile! I took out my phone and while you are drinking coffee – blast!

And transfers began to appear in mobile applications of banks, first – within their own bank; then – to friendly banks with which we managed to integrate. The case has changed:

– Let’s see … I don’t see that. It seems not. And can your bank throw it into my request?

– Well, OK. And there is no card in another bank?

– Got it. Then by the card number?

– Yeah, I’m translating. Wow, commission. I sent it. Wait, it will be transferred soon. Although nothing is said about the timing.

All of this worked very conveniently when both of you are clients of the same bank; and if not, everything ends with a rustle of bills. And the elbow is close, but you won’t bite…

What translation cases would you like to see in your mobile? Transfer of a micro-sum to a person who is nearby. With minimal transaction costs (commission, time, number of clicks). And it would be nice not to advertise the card number.

How all this can be done in the SBP. This and even a little more.

The Fast Payment System has been operating in Russia since 2019. This is an interbank transfer system developed and supported by the Bank of Russia and the National System of Payment Cards. In the continuation of the article, I will tell you how it works from the inside, but for the user you only need to know two important things:

This means that the case with the settlement after lunch now looks like this:

I downloaded a special program

Asked which bank the recipient has an account with

Made sure my bank can send money to this bank

That’s all. Remember the story of the invention of the ballpoint pen? Here and here like nothing fundamentally new no, but the behavior has changed. And the whole story fell into one paragraph.

There is no need to download any new applications – the transfer can be done inside your bank’s mobile application.

You do not need to pay a commission if you transfer between different banks in the SBP. Transfers up to 100 thousand rubles per month are free.

The money on the recipient’s account appears really instantly, and this is real money, and not an advance payment for the expected replenishment; money on correspondent accounts of banks also moves instantly. This is very important for business, i.e. for C2B – no need to figure out when the bank has the next flight to the Central Bank; even if it’s New Year’s holidays – payments are instant.

There is no need to fill in the applications in block letters, if we compare with 2010 🙂

It is important that your bank is a member of the Fast Payment System, but today it is almost all banks in Russia. The client of a member bank only needs to be allowed to receive and send transfers through the system – for this, it is usually enough to check the box in the bank’s application.

C2C Pull Script, that is, again a transfer from person to person, but at the request of the recipient. Transfer of salary from the payroll bank to your favorite bank (after all, it is more convenient to do this from the application of your favorite bank). Crowdfunding, collection for a gift or debt repayment.

If you call a friend who borrowed money and remind him – what will he say? “Yes, yes, I will send it now”; but in reality he is lying on his beloved couch, and he will have to find the recipient’s (or card) phone number, drive it in, drive in the amount … he has already forgotten the amount … if only you could press one button …. no, tomorrow I will.

And if that’s the case?

I also want to tell you about the engine compartment of the transfers in the SBP; about the processes that are going on between banks, the Central Bank and the OPKTS while you press the “send” button. Tell about C2B, about payment by QR codes, about payment links, subscriptions and recurring payments. About payments from organizations to an individual (B2C etc. – refund for returned goods; reward). But I’ll talk about this another time. 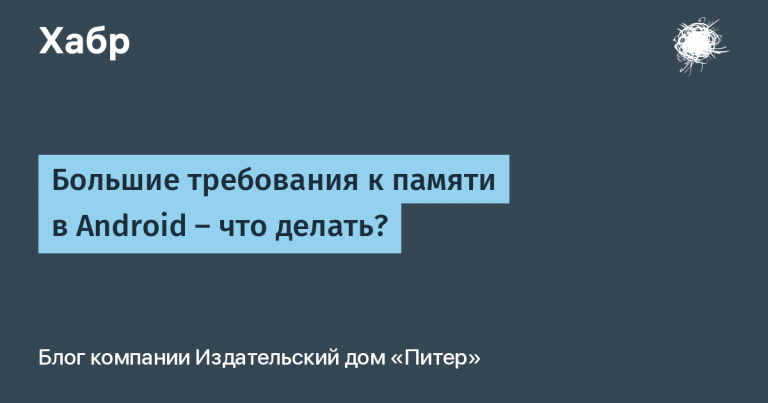