Skip to content
Just say – we at EnglishDom simply adore George Carlin and consider him one of the greatest comedians of all time. He’s damn charismatic, witty and really funny.

Karlin has excellent American English with a wide variety of vocabulary.
According to his stand-ups, it is possible to learn the language with great pleasure. And we want to demonstrate this by the example of his cult performance about familiar phrases and expressions that actually sound rather strange. Ready? Then let’s go!

A small prologue: why we recommend learning English with the help of stand-ups

A stand-up from a good comedian is a great way to learn live English. In speeches you can hear slang, and abbreviations, and phraseological units, and interesting vocabulary. But much more important is the formation of a sense of language. It is humor that best improves understanding of English speech – not to translate words and phrases into Russian, but to perceive them holistically and immediately.

Have you ever noticed that Karlin practically does not use the word “friends” in his speeches when referring to a hall or an individual? He says “man”, “dude”, “guys”, “folks”, but “friends” in this sense never. But the thing is that as the appeal of “friends” is already outdated.

In the same way, for example, the appeal of “fellow” became obsolete in the 20th century. The phrase “my old fellow” looks organically in The Lord of the Rings, but not in real conversation.

Karlin has excellent American English. Emotional, with pronounced intonations, with a classic accent. Yes, the speech speed is quite high, but you will not ask each person to speak more slowly.

Subjectively: a student with knowledge of the language at the Intermediate level will understand at least 80% of Karlin’s monologues. If the comedian’s speech is too fast for the student, you can always turn on the subtitles and pause the video to deal with unknown words.

That’s enough talk, go directly to the stand-up and its analysis. And so that the stand-up also helps to pump English, drive all the new words into your dictionary ED Words applications.

By the way, for the Khabrovsk citizens we give a whole month a premium subscription to the ED Words application as a gift. Enter promotional code carlinbest here or directly in the application.

Today we’ll take a look at a small piece of George Carlin’s “Back in town” performance called “Familiar expressions”. Below we will mark only timecodes so that you can find the phrase completely and listen to it directly in the speech.

“Legally drunk“. Well, if it’s legal, then what the hell is the problem? Hey policeman leave my friend alone he legally drunk!

In many states in the United States, the permissible blood alcohol level while driving is 0.8 ppm. That is, even if you have alcohol in your blood, but it is less than 0.8 ppm, then you are legally considered sober and can drive a vehicle.

If the level of alcohol is above 0.8, it is forbidden to drive. If the policeman catches you, then you will face a serious fine. And if this is not the first time, then the deprivation of rights and, quite possibly, some time behind bars.

“Legally drunk” translates to “legally drunk”. In fact, this is a feature beyond which state laws recognize a driver as drunk with all the consequences for him. Indeed, 0.5 ppm is formally also drunk, but legally such a driver is considered sober.

The thing is that the word “legally” in most cases has a translation of “legal”, which is why we get a rather funny pun with “legally drunk”.

Legally drunk – legally drunk, the allowed rate of alcohol in the blood is exceeded.

This sounds to me like a very dangerous assumption. I will bet you anything that while you’re watching the quiet one a noisy one will fucking kill you. Suppose you’re in a bar and one guy sitting over on the side reading a book not bothering anybody and the guy standing in the front with a machete banging it on the bar saying, “I’ll kill the next motherfucker who comes in here ! ” Who are you gonna watch? You are goddamn right!

To me, this sounds like a very dangerous assumption. I am ready to put anything you want, that while you fear the quiet, noisy will kill you fuck. Suppose you are sitting in a bar and a person is sitting opposite you, reading a book and not touching anyone, while the other one stands at the bar’s door with a cleaver and yells: “I will kill the next bastard who will come in here!” Well, and who will you be afraid of? You are absolutely right, damn it.

“It’s the quiet one you gotta watch” is a phraseology. They are always difficult to translate. The closest in meaning to the Russian counterpart – “In a quiet pool there are devils.” It conveys all shades of idiom except vocabulary. Namely, Karlin’s joke is tied to vocabulary.

The word Watch has many meanings. The main ones are “watch, observe, follow.” But “fear” is also one of the possible. Not the most popular value, but it is precisely it that is played out in this scene of Karlin.

This is one of the reasons translators hate working with comedians. Most of them are attached to language – puns, national jokes. Keeping the meaning of jokes and making them funny in another language is terribly difficult.

It’s the quiet one you gotta watch – In a quiet pool there are devils
Watch – watch, observe, follow, beware.

“Take the pie“. You know, they say so: “Well, it’s necessary, but the boy’s took the pie“. Where? And where did he get it? To the cinema? Know where I would be got your pie? At the bakery, look at the “buns.” And why is he took the pie? Why didn’t you take the pie? A pie is easier to carry than a pie!

One of our favorites. And not even because of the idiom “take the cake”, which means “to be a winner” or “something out of the ordinary.” And that almost any phrase can be turned into a vulgar joke with the help of the correct intonation and a very thin border of meanings.

You know where I would take a cake? Down to the bakery to see the other cakes.

“Cake” is not only a pie, but also a very veiled name for the genitals. Just like in Russian “pie” and “sausage”. It seems no vulgarity, but with proper intonation, everything immediately becomes clear. And Karlin knows how to extract those very necessary intonations simply brilliantly. Just look at his expression when he says it (03: 47-03: 50).

“Give paper to the road“. You know, when a man was fired and they say about him: “Poor fellow. Him today gave paper on the road“. Have you ever been given any papers? Seriously? Believe me, I’ve been fired many times in my life. Noticeable, huh? Never received any papers on the road. I didn’t even receive any notifications. Do you know what I got? A man came to my workplace and said: “Get the fuck out of here!” No papers are needed for this.

There are several interesting idioms that relate to the topic of work.

For starters, “walking papers.” No, these are not “walking papers” by analogy with the “walking dead”. The most accurate correspondence of this idiom will be “give a calculation”. It’s also a rather strange expression, but if you use it in the translation, the joke with the papers is lost. Calculation is more about numbers, not about papers.

Next comes the pink slip. In Russian, there is no correspondence to this phraseological unit. There is an interesting story that in the USA, dismissals were printed on pink pieces of paper called pink slip. And indeed, for example, the Ford Motor Company did this. But the thing is that the phrase existed in advance before they started to do it. Initially, the word “pink” did not mean color, because it also has the meanings “hit hard” and “shoot”. Thus, initially “pink slip” meant something like “stunning leaflet”. And already at the beginning of the 20th century, large factories began to take the phrase literally and began to print dismissals on pink paper.

And one more small piece from this passage. The expression “You can tell.” No “you can talk!” But not in this context, when there is a period after it. Here the phrase means something obvious: “This is visible”, “Visibly”, “Immediately clear.”

Give someone walking papers – give calculation to someone
Pink slip – notice of dismissal
You can tell – This is visible, noticeable, immediately understandable.

There is another interesting point – the word “fella”. This is a slang appeal to a man, something like “man”, “boy”, “dude”. This word was formed on the basis of the outdated “fellow”, which you mentioned at the beginning of the article. The strange thing is that the words are essentially one-root, but “fellow” is considered obsolete, and “fella” is considered slang, although they differ only in one sound at the end.

Standups are really one of the most interesting tools for learning English. Here we generally want to launch a series of materials with an analysis of the coolest stand-ups from George Carlin, Jim Carrey, Eddie Murphy, Robin Williams, Richard Pryor and others. How do you like this idea? Write in the comments!

EnglishDom.com online school – inspire you to learn English through technology and human care

Only for readers of Habr first lesson with a teacher on Skype for free! And when you purchase classes, get up to 3 lessons as a gift! 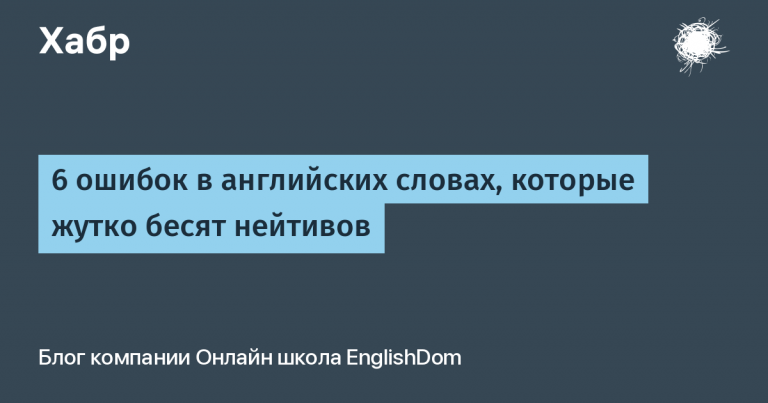 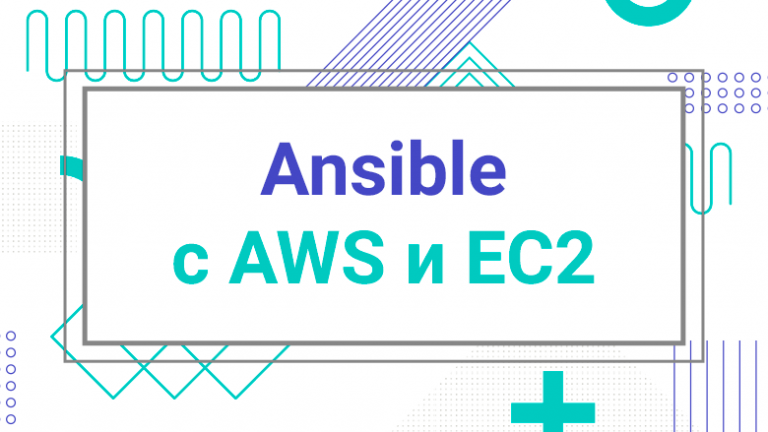 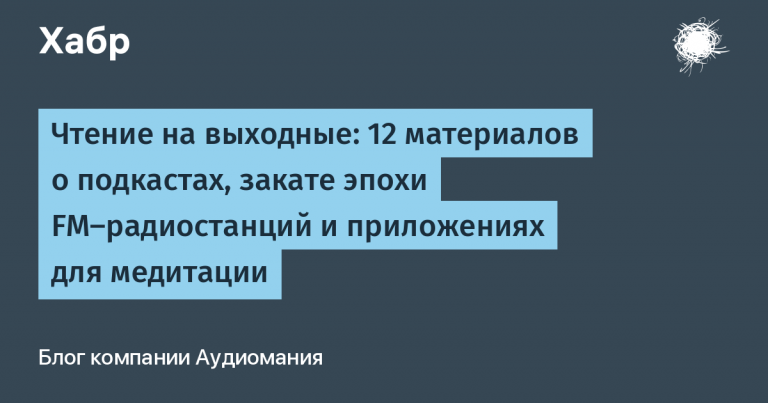