In May 2022, Stack Overflow surveyed approximately 70,000 developers about how they learn and improve, what tools they use, and what they want. Subjectively, the results are predictable – IT courses are not in the top of the ways of learning.

Disclaimer. Here and below – the translation of the article with the results on Stack Overflow (in quotation marks) and a few comments “on top”. Sources: article Asked and answered: the results for the 2022 Developer survey are here! and Developer Survey.

About the survey and a summary of the results

“The questions we ask in our annual survey help us improve the Stack Overflow community and platform, as well as expand and improve our ability to help developers.

In this article, we will talk about the approaches, tools and environments that today shape the art and practice of software development”

“Our questions focused on how programmers master their craft. We found that the older generation of developers are more likely to learn from books, while the newer generation of programmers (under 18) rely on online materials and their friends and family. However, the overall percentage of those learning to code online has increased from 60% to 70%.

With a lot of people working remotely in the wake of the pandemic — almost 85% of the organizations featured in this survey have remote workers — it could be that more and more of our daily lives are also moving online.

Also, as the pandemic has forced us out of the office and into telecommuting, it could move us away from full-time work towards more self-employment. The percentage of professional developers who say they are self-employed as independent contractors, freelancers, rose by about 5% to 16.6%. During this time, the percentage of those who work full-time decreased (in our top five responding countries: US, India, Germany, UK and Canada).

The most compelling developer survey results have always been technology ratings, which list their most used, favorite, scary and in-demand languages, frameworks, and more. The top five languages ​​for professional developers haven’t changed: JavaScript is still the most used language, and Rust has been out of favor for seven years now. The most beloved category of web frameworks presented a big surprise. Demonstrating how quickly web technologies are changing, newcomer Phoenix has become Svelte’s favorite spot.

Our team also wanted to know how many of us ask the same question more than once. Our data scientists have found that most people come back to the answer again and again: 62% of regular Stack Overflow users ask the same question multiple times over a three month period. One of our data scientists tells us he’s opening this question once a month. Why memorize everything when you can use Stack Overflow like a second brain?

Basically, these are developers from Europe and North America (as a continent) – more than 80%.

“Respondents from the United States and the United Kingdom are the most experienced. They have, on average, 15.5 years of programming experience.”

At the same time, more than half of the respondents are aged 18 to 24. Why so much experience?

The level of education.

“38% of those who learn to program already have a degree, training does not have to stop after graduation. 70% of all respondents and 80% of professional developers have some form of university degree.”

Notably, almost half of the respondents described themselves as full-stack developers.

“Full-stack, back-end, front-end and application developers continue to make up the majority of all respondents. This year, for the first time, we asked about Cloud infrastructure engineers – almost 9% identify themselves as this type of developer.

You could choose multiple answers:

“Most respondents said they consider themselves to be more than one type of developer, with DBAs, SREs, and security professionals reporting the most diversity. On average, each of these roles reported seven other types of developers.”

The most popular way of learning is online. This method was chosen by 70% of respondents. I’m guessing, based on the comments in the diagram, that this includes all the relatively free ways: blog articles, YouTube videos, reading forums.

I also think my assumption is correct, because in the survey there is an option “Online courses or certification” – this most likely includes paid courses. This method was chosen by 46% of respondents.

But this method is less popular than books and higher education: 54% and 62%, respectively.

Hackathons and bootcamps are in last place — 7% and 10%, respectively. I suppose that people go to these events not to learn, but to try their skills in practice. But you can correct me in the comments.

How developers learn: answers by age

The article also distributed the answers by age. It is noteworthy that online courses are of lower priority for all ages than online learning. In this case, the second method is more often chosen by young people.

The older, the more interest in books.

It is noteworthy that another difference is noticeable – older developers are more likely to choose to learn on the job (there is such an answer as “Learning on the job”). I assume that this is due to more employment outside of work, for example, with a family, and / or a less active desire to break through the career ladder. But I may be wrong.

What is used for training

Most of the time it’s technical documentation.

In second place is Stack Overflow.

Next in popularity are blogs and video tutorials (not courses), which is logical, given online learning as the most popular way to improve knowledge. It is noteworthy that among other resources there is a large selection: here are books, forums, and podcasts.

“It’s also interesting that we see such diversity in how people learn to code. Written materials, various video formats, books, courses – there is no universal approach to teaching programming. Everyone can put together the resources and formats that best suit their learning style.”

Further in the article there is a list of platforms for online learning.

“In this year’s survey, we had a special section at the end where we asked professional developers to tell us what affects their productivity at work, how often it happens and how long it takes. Over 36,000 developers responded. Most experience some level of performance degradation every week. 68% of respondents say they encounter a repository of knowledge at least once a week. 73% of HR managers, often more experienced developers, report encountering a knowledge repository at least once a week.”

“About 63% of all respondents spend more than 30 minutes a day looking for answers or solutions to problems, with 25% spending more than an hour each day. For a team of 50 developers, the amount of time spent looking for answers/solutions adds up to 333-651 hours of wasted time per week for the entire team.” 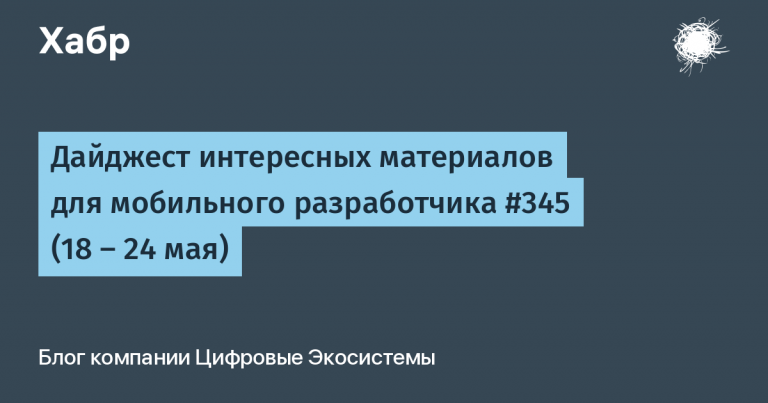