In Russia, a network of Apple hardware stores has closed, benchmarks of the new M2 chip have become known, iOS 16 will have a function to detect fake AirPods. As well as various updates, announcements, rumors and other news from the world of the apple corporation in the latest digest of Apple Pro Weekly News.

The CStore chain of stores closed, but Apple products of “parallel import” appeared in other chains

In one of the previous issues, we already wrote about the fact that many official Russian resellers began to close unprofitable points of sale, but some Apple stores still remained. But on June 17, the CStore chain of stores, which is part of the Svyaznoy group of stores, informed its customers in a mailing list that the chain was closing, but still promised to return. Of course, the key was the problem with the supply of official Apple equipment to Russia, but many other factors could be the reason. The company apparently decided not to “get dirty” in the story of “parallel imports” – this may deprive them of the license of an official Apple reseller, although the chance of preservation is already not great.

At the same time, other hardware stores, including official Apple resellers, began selling iPhone 13 in green, iPhone SE 3rd generation, iPad Air 5 and other products that were not officially sold in Russia. This is the same “parallel import” – a legal form of foreign unlicensed supplies of products to the territory of Russia without fines and other obligations. The only difference is that it is more difficult to obtain an official guarantee for such products, therefore, in case of disputes, stores selling such products will offer to contact their own service centers. The price of such goods, for example, in re:Store, is far from the lowest, it is much cheaper to simply take from “gray” sellers who have been selling similar and often equipment from the same region for a very long time. But the choice is up to the buyer, of course.

In addition to re:Store, “parallel” equipment from Apple and other manufacturers is already being sold by Svyaznoy, M.Video-Eldorado, RBTru and DNS networks.

Apple will show the MLS football championship for 10 years

American Football League Major League Soccer and Apple have signed an exclusive agreement on the rights to broadcast a football tournament. It is planned to organize broadcasts of all MLS matches without exception on the tv+ service within one subscription. This is a unique agreement, because there were definitely no such stories before, at least in the United States – several television companies owned the rights, and some games of individual teams were shown exclusively on one channel. Now everything will be in one place, with a completely new approach, with access on any device and screen where there is a tv+ service. While it is known for sure that all games will be available in the US, Canada and Mexico. In the rest of the world, access to the broadcasts of the tournament is also expected, but we will find out how it will look in reality after the fact. As part of the agreement, both free streaming of selected games and full access as part of a tv+ subscription are expected. The agreement comes into force in 2023 and is designed for 10 years.

tv+ is currently successfully streaming Friday MLB baseball games to US viewers. Many viewers were very satisfied with both the show and the design of the broadcast and the ability to view it in any convenient place. But it all started just with the show Ted Lasso 😄

The Apple Camp summer program is back after the COVID-19 hiatus. Starting now and through the end of the summer, each week at various Apple Stores, two-hour learning sessions for kids ages 8 to 12 will be held, where the company will teach young users various creative features on the iPad. As part of this program, there will be several guest teachers and experts who will conduct special trainings and lessons, and Apple will provide all participants with an iPad Pro and Pencil.

Apple is releasing new developer betas. And no, these are still old versions, and the next beta version of iOS 16 is already this week. In the meantime, they are available for installation:

The Magic Mouse and Magic Trackpad also received updates 10M881 and 10M879, respectively. They will be installed automatically when a mouse or trackpad is connected to the Mac, no action is required from the user.

The App Store Connect update for developers has brought a very interesting and useful feature: now applications using iCloud can be transferred to other developer accounts.

The new MacBook Pro with M2 is available for pre-order from the US Apple Store Online. Shipping is expected on June 23rd and will be available in retail stores on the 24th for $1,299. The date of the start of sales of MacBook Air in a new design and with a M2 chip is still unknown, it is expected in July.

Apple’s dual 35W USB-C adapters are also available on Apple’s website for $59 each. company optional shared document technical support about the features of charging with a 35W USB-C adapter. And here are the details:

⁃ When Mac and iPhone/iPad are connected at the same time, each device will receive 17.5W

⁃ When iPhone and iPad are connected at the same time, each device will receive 17.5W

⁃ When connecting Mac/iPhone and WATCH/AirPods at the same time, phone/computer will get 27.5W and headphones/watch 7.5W

What does the M2 chip actually show? First results Geekbench-test M2 appeared on the network. There’s an increase of 11.56% in single-core and 19.45% in multi-core relative to the M1 results, the difference is not too drastic if you were thinking about replacing a MacBook Pro with a previous generation processor. But in the case of the MacBook Air, the choice is not just between processors, so it’s up to everyone to decide.

Rumors: iPhone 14 expected to have several display manufacturers and the first data on the iPad 10

In continuation of the rumors about the new MacBook with a 15″ screen, which we wrote about in the last digest, it will not receive the Air prefix. It will probably be a MacBook or MacBook Studio. Also, two versions with M2 (with 35W adapter included) and M2 Pro (with 67W) chips are expected as early as the second quarter of 2023.

According to some reports, there are several suppliers for the displays of the iPhone 14 line, and here is how they are divided among the models:

Imagine how random it will be with the display for iPhone 14 (6.1”), a real lottery!

The first data about the 10th generation iPad has appeared. It will be released either in late 2022 or early 2023, code number J272. According to rumors, the model will receive a A14 chip, 5G, a USB-C port and support for the 2nd generation Pencil. In fact, it will turn out to be a 4th generation iPad Air with 5G and Center Stage, if that’s the case.

In the code of the iOS 16 system, a mention of the function of determining AirPods for originality when connected to an iPhone was found. If you connect fake headphones, a notification will appear: “Cannot check AirPods. These headphones cannot be verified as genuine Apple AirPods. Connect anyway? We are waiting for the novelty in action, perhaps in one of the next beta versions.

We continue to cover applications that have disappeared from the App Store for one reason or another, the list has grown again, including banking applications:

On June 21st, in honor of International Yoga Day, WATCH owners will be able to earn a virtual Activity Challenge reward and animated iMessage stickers by completing a 20-minute yoga session or more.

In order not to miss the moment, subscribe to our social networks, where we will definitely remind you of this. Also there are operational details about the new iOS 16 beta and other news about Apple and not only, join: 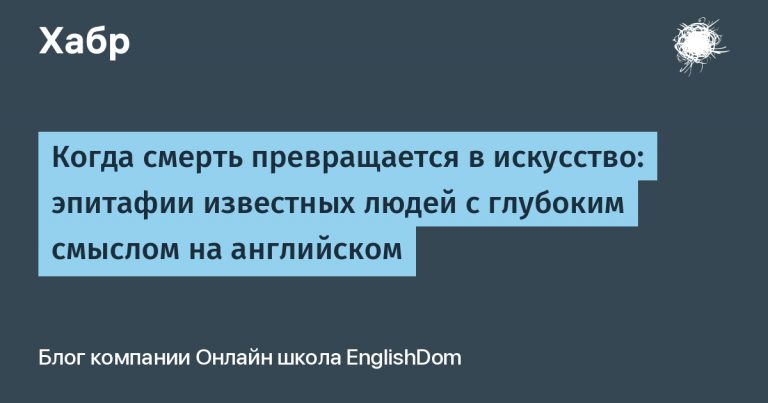