We recently brought a Latitude 9520 to Russia: this is one of the flagships of the Dell Technologies corporate notebook series. Typically, customers buy such models for executives and top management, but in reality there are many more applications. The computer is primarily interesting for its combination of compact dimensions and a fairly large (15 inches) display. At the same time, thanks to the improved graphics of the Iris Xe, the device is also suitable for more serious tasks than working in ordinary office applications, while demonstrating a remarkable level of autonomy. A detailed review of the Latitude 9520 in the form factor of a classic laptop under the cut.

Dell Latitude 9520 is one of the smallest 15-inch laptops around. Today we will talk about its classic version, but the computer is also available in a transformer form factor. The laptop weighs 1.4 kilograms, and the thickness of the wedge-shaped body gradually increases from 9.13 mm to 14.84 mm. It is a portable solution for every day, perfect for working both in the office and outside: in meetings, meetings, on the road, in a cafe, on business trips.

The appearance is strict and neat (recall Latitude – a line for corporate users), almost the entire body is made of metal. The ends shine beautifully, the lid and the working area around the keyboard are semi-matte: fingerprints are almost invisible here. The underside of the Latitude 9520 is completely matte.

You can easily open the cover with one hand up to an angle of 90 degrees, then you need to hold the bottom of the computer a little. The opening angle is not limited by the standard 135-145 degrees: here all 180 are available to the user. This can be very important when, for example, you work on the road with a laptop on your lap or want to watch a video on an airplane with a cramped arrangement of seats.

At the moment of opening the lid, the lower part of the case from the rear end rises slightly above the table. This makes the cooling system even more efficient: there is more space for air flows. The hinges are tight enough to hold the lid firmly in whatever position the user wants. There are rubber inserts in all necessary places: the computer stands firmly on the table and does not slip.

Despite its compact size, the Dell Latitude 9520 has room for a full-size USB 3.2. It supports PowerShare: the port can charge other devices when the laptop is turned off. Here, on the right side, there is a combined 3.5 mm audio jack.

All other ports are collected on the opposite side. In the case of our test unit, this is HDMI 2.0, a microSD slot and two USB-C with Thunderbolt 4, DisplayPort and PowerDelivery support. There is no proprietary power adapter connector, the Latitude 9520 charges via any of these USB-C ports.

If you choose a configuration with an LTE modem, then the left side will also have a SIM card slot. A smart card reader is also available as an option. To connect to wireless networks, an Intel AX201 adapter with support for Wi-Fi 6, Bluetooth 5.1 and a theoretical bandwidth of 2400 Mbps is used. On a test home network, on which we usually check the speed, the computer showed 420/500 Mbps on the first try.

Given the corporate focus, one could not help but think about the convenience of those who constantly communicate via video. To do this, the laptop was equipped with a pair of loud stereo speakers (average power – 2 W, maximum power – 5 W), an array of four microphones and an interesting webcam with an electronic shutter. It automatically opens only when you launch the applications that activate it.

The depth of the Dell Latitude 9520 is almost the same as a 13-inch laptop, but the width is slightly wider. Not enough to add a digital block to the dashboard, but there was enough space for loud speakers and noticeable indents between the buttons. All the main keys are large, only the upper F-row has undergone a noticeable miniaturization. You can find fault, perhaps, only with a somewhat non-standard combination of Enter with the key of symbols “/, |, ” and narrow arrows “Up” and “Down”. The backlight, of course, is: two levels to choose from. With Russian fonts on the keyboard, everything is fine now.

As always, we typed the text of this material on the keyboard of the reviewed laptop, and it was an absolutely positive experience. Even after the larger 17-inch model, there is no discomfort, you get used to the Latitude 9520 quickly. When pressed, the keys go down deep enough, while the actuation point is well felt, there are no accidental clicks. And the sound is very quiet – no one around will be annoyed.

Pay attention to the computer power button: it is built into the very end of the F-row. Don’t worry about accidental clicks. First, it is smaller than the rest of the keys. Secondly, it has a greatly reduced depth of travel, while the resistance is greatly increased: to turn on or turn on the computer, you need to make a little effort. And in some other configurations of the Latitude 9520, a fingerprint scanner can be integrated here.

Another interesting option, which we do not have in the test sample, is an RFID reader built into the operating panel near the touchpad. The touchpad is cool: large (115×67 mm, responsive and very sensitive (resolution – 3562×2026). At the same time, it is glass, and the surface is matte. The finger glides easily and smoothly, dirt on the touch panel does not collect.

Customers or buyers can choose the Dell Latitude 9520 with three different screens. The diagonal is the same in all cases (14.96 inches), as are the matrix type (VWA) and some other parameters: 100% sRGB coverage, contrast ratio (1200: 1) and response time (35 ms). The difference comes down to resolution: there are two options with 1920×1080 and one with 2560×1440, the brightness of which is 400 and 500 nits, and the power consumption is 2.55, 2.65 and 5.35 watts, respectively. Why does the second FHD panel have higher power consumption? Because it supports touch input. As is almost always the case, the touch versions are glossy and the non-touch versions are matte.

Our particular QHD test unit was the most satisfying. A high level of brightness allows you to work on the verandas of summer cafes without any special restrictions. Wide color gamut provides comfort when working with photos, videos and graphics. Everything is fine with the viewing angles: non-critical distortions appear only when looking at the display from very extreme angles.

Our particular test sample is interesting for the maximum configuration possible: here is an i7-1185G7, 32 GB of RAM and a terabyte of SSD. It turns out a very versatile PC that can easily cope with any office tasks, will not give in to fairly complex projects with 2D graphics, and even video at a level higher than the basic one can be edited without discomfort if desired.

The Cinebench benchmarks, which test the performance of the processor in multi-threaded and single-threaded modes, are comparable to the previous generation i7.

In the PCMark 10 Standard overall system performance test, we see an expectedly high score of about 5000 points and good results in terms of Productivity and Digital Content Creation.

In the 3DMark Fire Strike test, which tests the power of the graphics accelerator, we get an interesting estimate of more than 5000 points. That’s almost double the Iris G7 integrated graphics in the previous generation i7 U-series. And this is already the level of the junior discrete NVIDIA MX series accelerators.

We also provide estimates from the Geekbench 5 cross-platform benchmark, which will come in handy in future comparisons.

Note that all tests were run with the Dell Power Manager set to “Maximum Performance”. It is interesting that if you run them in the “Optimized” mode, the results will be 5-10% lower. So there is a gain from switching: both in computing power and in the intensity of the cooling system. However, even in turbo mode, the Latitude 9520 is not intimidated by fan howls and high temperatures. The laptop is absolutely silent when working with office programs, and during stress tests, the sound of a cooler is heard, but does not distract either the user or, moreover, his office neighbors.

Finally, we present data on the speed of the SSD-drive. The results are much better than any SATA, but among NVMe solutions, they can be described as average. The SSD is fast here, but not fast.

In addition to Dell Power Manager, your PC comes preinstalled with Dell Update to quickly update all drivers and Dell Optimizer to fine-tune all key components. Also, customers of Latitude corporate series devices have access to all the traditional advantages of the series: extended warranty, increased number of spare parts in warehouses and all proprietary software tools for convenient administration of the organization’s computer park – Support Assist, Tech Direct, Client Command Suite and others.

In order to access the Latitude 9520 “stuffing”, you need to unscrew 9 screws – you need a Phillips screwdriver. The lid is held on by snaps, but not tight: it can be removed easily and effortlessly, and put back just as easily. And this is what you will see:

Since the developers of the laptop strived for maximum compactness, there are few opportunities for upgrade. Our particular modification has a free WWAN card slot. To the left of it is a cover, under which is hidden an SSD in the form factor M.2 2230. The RAM is soldered on the board.

The battery inside the Latitude 9520 depends on the display chosen by the customer or user. In versions with Full HD (both a laptop and a transformer) they are equipped with a 49 W * h battery, a version with Quad HD (only a laptop, transformers with this are not available) – an 88 W * h battery. And this almost completely compensates for the increased power consumption of the high-resolution matrix. In the video playback mode at maximum brightness, the tested laptop worked for almost 11 hours without being connected to an outlet. And this is without activating the Energy Conserving Profile in Dell Power Manager – Balanced Mode has been enabled.

The PC is also charged very quickly by the standards of the class: from 0 to 25% in half an hour, up to 50% in an hour, up to 80% in an hour and a half and up to 100% in two hours. This is how ExpressCharge technology works. Among the Latitude 9520 FHD laptop form factors, there are models that support ExpressCharge 2.0. They charge even faster: up to 35% in 20 minutes and up to 80% in 40 minutes. This is already data from the laboratory of the global Dell Technologies team.

The power adapter is probably already familiar to many. Here it is quite powerful (90 W), so it is a little larger than usual, but it is still comfortable to carry with a laptop – the weight does not go beyond reasonable. And the thin part of the cord can be neatly wrapped around the block itself for even more convenience.

Dell Latitude The 9520 is a compact 15-inch corporate laptop that can be both a good image solution for executives and a reliable tool for users who need a laptop with increased performance and high autonomy without discrete graphics. 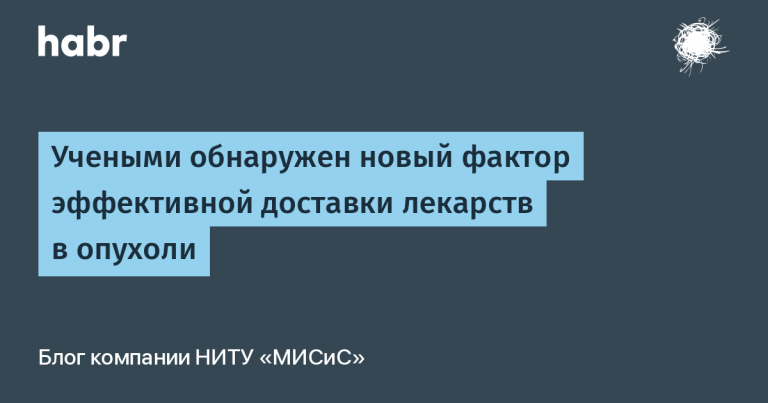