I many years struggled with file sync issue. In the early days, Dropbox was a great service, but in the last few years, they’ve started to grow. I switched to iCloud, but it was even worse. Finally, a few days ago, after iCloud broke again mysteriously, I decided it was time to try something different.

I tried Syncthing, a free open source alternative. And you know what? It became liberating. Reasonableness, simplicity, reliability, various functions. It brings joy to use and makes you believe that collapse of civilization you can slow down a little.

Synchronization is everything I loved about computers.

It’s amazing how great products made for computers can be when their manufacturers don’t have to do corporate bullshit, promote a brand, or sell it to users. To be honest, I almost stopped believing that this is still possible. But it is possible.

You download a single executable binary. You launch it. But there is no third step.

No seriously. It’s so simple that I thought I was missing something. But no. After you run this binary, you will have a fully working Syncthing node. It is ready to sync with any other Syncthing node, no additional configuration is required. There are no installers, no package management (but there are packages if you like), no registration, no email, no login, no password creation, no 2FA, no consent, no user agreements. Just download and run. Heck, setting up autorun on a Linux server was more difficult than just launching the application itself!

It’s even easier with Homebrew:

To give you an overview, here are all the steps Dropbox takes to install on a new computer:

Eeeeeeee … that’s not all! You also get this annoying notification that you have to react to in some way:

And only at this stage can you start using Dropbox. Luckily I already had an account, otherwise there would be 5 more steps. This is ridiculous!

(These are all different windows, of course. Keep in mind that this does not happen in one predictable area. And you have to go through each of these steps. The Configure Dropbox window is always at the top, so it hides other necessary steps, which also adds fun .)

Folders are the most striking example of how other cloud storage constantly spoils the simplest things. Syncthing can sync any folder on your drive, located anywhere. You can sync existing folders. You can sync several different folders. Folders are just folders, nothing special about them. Here I am syncing the “system” folders: ~ / Desktop and ~ Library / Fonts, as well as three custom ones. No problem:

This simplicity allows you to use the app as a tool that you can apply, sometimes creatively, to your task, rather than as a service that you have to put up with. For example, when syncing ~ / Library / Fonts, if I install a font on one computer, it is automatically installed everywhere.

Compare that to Dropbox, which requires you to put everything in the ~ / Dropbox folder. If you store your projects in ~ / work and want to keep them in sync, well, out of luck. You also cannot sync multiple folders. Well, technically Dropbox can of course sync anything. Files are files. But the corporate identity dictates that there MUST be a Dropbox folder somewhere, even if it’s inconvenient for the user.

But the worst offender is iCloud. Like Dropbox, it also requires you to put all your data in a folder. But this folder is called ~ / Library / Mobile Documents / com ~ apple ~ CloudDocs !!!

If you are a programmer then this is not possible to use. First, you cannot type THIS in your right mind every time you need cd… Second, there are gaps here! Which breaks the whole course of things, believe it or not, even in 2020. I cannot store Fira code in iCloud due to python scripts, due to Ruby, I cannot blog Jekyll like this one, I cannot run Bazel, etc. Everything is useless.

And if you think that the symlink to ~ / icloud helps, then believe me, it is not.

How to connect two devices if there is no registration, accounts, email, etc.? Simply! Each device has a unique identifier that is generated automatically the first time the program is launched. Share this ID with another device, let him share hiss, and you’re done.

Good news? These identifiers are not even secret. They are more like public keys, so you can exchange them freely. But the scheme only works if both devices know each other’s IDs.

What I love about this circuit is its simplicity and how much needed it is. This is pure mathematics. But it is very convenient to use. There are no emails, forms, unresponsive web pages, invitations, expired tokens, broken / outdated / overloaded APIs, password management, nothing to hold or “manage”.

There is an experienced user mode! If you don’t care, there is always a user interface and most of the things you can customize there. But if you are a programmer and you need more, you can:

All APIs and configurations are well documented:

For example, this is my .stignore folder to work with:

Configure this once and forget about generated classes, injected dependencies, and other caches that, if redundant, stay in sync forever.

In contrast, iCloud has a feature to exclude * .nosync files from syncing, but you know what? I usually don’t have files named * .nosync, here’s the problem:

What about Dropbox? Well … I still have nightmares about this Dropbox UI:

It’s funny that commercial applications have a lot of features, but no power mode. You can do more different things, but you cannot customize them to your liking.

Developers of commercial applications have a stake in keeping users limited in their actions and in continually offering them additional features. As a result, you get notifications, functions, pop-ups. For example, in this screenshot after I just installed Dropbox on a new device:

In the mystical tab “For you”:

Is it all in file format? I don’t understand why they should be “special functions” if you already have an application whose main task is to sync files. It already does it. Why are some files more special than others?

The answer is simple: the only way Dropbox can survive is to build and sell more features. With him you will never be calm.

iCloud is much younger and doesn’t have additional features yet, but they are still interested in selling more Macs and iPhones. Therefore, they will always try to isolate you from the rest of the world. Expect strange restrictions and big inconveniences, such as the location of the iCloud folder or moving the desktop folder when you enable / disable sync for it.

Syncthing, on the other hand, does not depend on creating additional features for its survival. They do one thing, but they do it well. Note that their menu1 looks exactly what Dropbox used to look like when it was still good in 2012:

Another nasty thing that iCloud and Dropbox usually do is to intimidate you into not leaving. They appear every time you move more than one file outside the iCloud folder:

And these are the Dropbox methods:

It may seem that they are trying to explain something, but they are not. They are afraid that you will run away and are trying to scare you. The tactic is simple: question your every action, even trivial operations like moving or deleting files, display huge warning signs even for safe operations, long confusing wording (“Documents stored in iCloud will be deleted from Mac”) so you never know what’s going to happen. This is some kind of shady shit.

On the other hand, Syncthing doesn’t care. They don’t get money from you, so they are not interested in creating a need or a constant reminder of themselves. If you are looking for peace of mind, you may not be able to get it with commercial offers.

Syncthing reminded me of how great computers can be if they aren’t made by corporations. It’s simple, predictable, reasonable, no-nonsense. You can customize it however you like and it always keeps you in control. This is a pure function and is good at it. It’s free and open source, but I’m much more happy to donate € 10 a month to it than, for example, Dropbox. I would be much happier if at least half of the programs on my Mac / iPhone were like this. 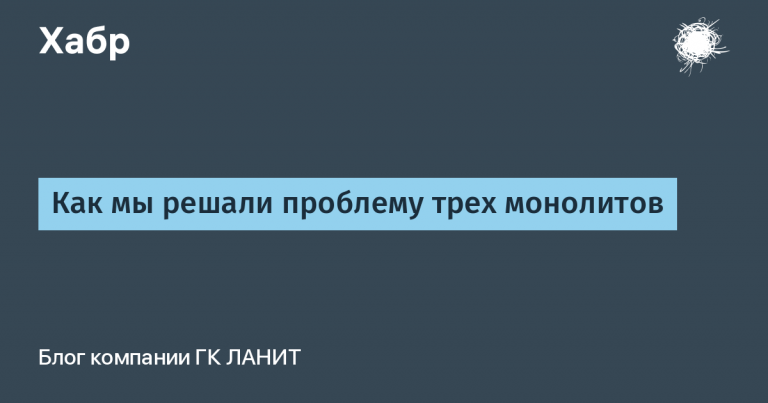