We analyze the topic in simple words with practical recommendations for specialists and managers of different levels. Experts comment “Aktion Pravo“And”Action 360“.

The analytical department of one of the services of the Aktion-MCFER media group has been tracking the dynamics of layoffs throughout the country throughout the last year – took into account data from more than four thousand companies with a total number of employees in more than three hundred thousand people. A large sample allowed the experts to see that in the spring, during the “first wave”, entrepreneurs mostly believed in the short-term nature of epidemiological restrictions and did everything possible to retain specialists – sending them on paid leave or taking out a simple one. As a result, staff reductions were then relatively small, averaging 4.5%.

However, by the end of the summer, when the business revived and began to actively return everyone to the system, the wave of layoffs paradoxically increased and reached 5.9%. Whether it was a reaction to a drop in demand, preparation for a crisis, or the sum of these factors, it does not matter anymore – the indicators doubled in the fall. In September, almost 10% of employees of the companies in the sample were fired from their jobs, and the October surge rose to a level of 16%.

In such a tense environment, the number of conflicts and emotional breakdowns, both in the workplace and online, is quite expected. However, if earlier employers were ready to put up with one-time manifestations of this kind, today harsh statements, rash actions and publications in social networks are increasingly becoming a reason for dismissal. And even conscientious entrepreneurs who do not use such excuses as a formal excuse for downsizing are increasingly watching how their employees behave in the office and represent the company in public space.

Let’s discuss the main triggers and subtleties that specialists should know about in order to feel a little calmer and not lose work out of the blue.

In the past year, we have all been forced to constantly adapt to changes: whether it be epidemiological restrictions, the transition to “remote work”, the restructuring of the usual way of life, the restructuring of personal finances or the revision of business processes at work. The irritants replaced each other in turn, leaving a mark on the state of health and psyche. At the beginning of this year, the situation seems to have stabilized a bit. However, as experts at Gartner note, “change fatigue” – or accumulated fatigue from an endless string of changes – is gaining momentum right now, creating the basis for sudden breakdowns.

Analysts mainly focus on the negative manifestations of such fatigue in the workplace: from emotional burnout and detachment from what is happening in the office to complete indifference to the actions of colleagues and a negative attitude to any innovations. In extreme cases, we can talk about direct conflicts and absenteeism, which quickly develop into a systematic absenteeism and, as a result, the dismissal of the employee from the place of work.

If last year you worked on weekends and holidays, took an additional load at the request of the employer, do not rush to go on vacation without permission. It is possible to use well-deserved time off or take a vacation – even if it is unpaid – only by agreement with the management.

Otherwise, HR-specialists and the HR department – from a formal point of view – will be able to interpret your absence as absenteeism. Moreover, this definition also includes situations when you are not in the office or you do not get in touch. more than four hours in a row throughout the day for no good reason. If the organization does not provide for other measures, even such a trifle may face dismissal.

Uncertainty about how events will develop in the long term, and the inability to predict the magnitude of the economic crisis only fuel the situation and cause even more stress for entrepreneurs. In conditions of lack of resources and accumulated tension, unusual or challenging behavior of employees – such as sudden absence from work – becomes a trigger for “repression”.

In order to register a truancy, the personnel department, in general, just needs to put down the appropriate mark in the time sheet, prepare a “service” or a certificate of no-show, certified by the signatures of two witnesses. After that, try to contact the “truant” in any way that allows you to record the result of such attempts, and ask him to return to duty.

This procedure is repeated for several days in a row, while the management has enough patience. Further – by analogy with the absenteeism act – personnel officers prepare an act on the absence of explanations and again support it with the signatures of witnesses, followed by an order of dismissal and a corresponding entry in the work book.

However, the reason for the absence may be valid. Even if the management finds it out after the paperwork or makes an inaccuracy in following this procedure, the employee will be reinstated. Otherwise, the company will have to pay compensation for the time of forced absenteeism in the amount of average earnings.

To proactively defuse the atmosphere Gartner analytics recommend pay attention to the mood prevailing in the team, and listen to feedback from colleagues. It is worth paying special attention to situations that look like the exact opposite of “change fatigue” – for example, when a team or its individual members are constantly working over and competing in who sacrifices more for the sake of a common cause.

Such manifestations are called presenteeism [противоположность абсентеизма], and most often they say that a person – for one reason or another – is afraid of losing his job and even when he feels unwell, he forces himself to do something. If at the same time he also pulls others along with him and promotes in the team “hustle culture“, Then a feigned rise will be followed not only by a decline in the productivity of this employee, but also by the general tension in the team.

Another possible reason for seemingly unreasonable absenteeism may be associated with “sick building syndrome“. It is the result of an extremely negative perception by the body and human psyche of the environment in the office, at home or in another room. Its result is influenced by the sum of factors – from the quality of air, building or finishing materials and dust on surfaces to the psychosocial characteristics of the environment.

Malaise, irritation of the mucous membranes or even nausea for no apparent reason, as well as unwillingness to stay in space, intensify with the passage of time and sometimes lead to a complete loss of connection with the employee, who at a certain moment simply cannot bring himself to appear in the room where he feels bad. It is worth noting that few people know about this problem, although WHO has been dealing with it since 1982, and there are even corresponding recommendations. on the site Rospotrebnadzor. A row research associate Sick Building Syndrome with the risk of spreading SARS and Norwalk virusthat affects people of all ages.

A couple of important points

Additionally, we clarified how to properly quit if you feel that there is no strength and desire to work, so as not to lose in payments and minimize the necessary working off:

The only option to minimize the necessary working off is to go on vacation with subsequent dismissal. But here it must be borne in mind that the employer is obliged to provide such a vacation only if it is scheduled according to the vacation schedule or the employee has the priority right to use the vacation at a convenient time.

There must be good reasons to quit without a job: a serious illness that interferes with work, relocation, retirement. Even if you try to negotiate with your boss, the dismissal without working off is likely to be disapproved of by personnel officers: you either have to beat your thumbs up for two weeks, or you will be sent on vacation anyway.

There is, of course, another option: the employer recognizes your burnout as a good reason in order to terminate the contract without working off. But here it will be necessary to give arguments in favor of this decision. If you quit on your own initiative, you will be paid your unpaid salary and compensation for unused vacation. An employee has the right to receive other compensation if he is dismissed by agreement of the parties or by layoff. The first option is unlikely to suit the employer: it is easier for him to send you on vacation for a couple of months if you are a valuable specialist. The second is less convenient and means that your position needs to be removed from the staffing table. But the company will definitely not cut and then introduce a new position.

If you quit on your own, but want more money, the application can be submitted the next day after the advance payment or salary. Then you are guaranteed to get the second part of your earnings. And if you do it also between May, for example, then working off can be minimized. Another option is to apply for dismissal and go on sick leave. You will receive an allowance, compensation for unused vacation, but you will not receive a full salary, because it is not accrued for the time on sick leave. Well, sick leave will be paid only as a percentage of salary. Therefore, it is better not to cheat with payments and not try to “make money” on this.

And they learned how to deal with an employee who does not cope with duties due to malaise [физического или психологического], asked about the risks for the company:

It would not hurt to assess whether the employee has always worked so-so or if he just burned out and everything falls out of his hands. If the former, you can be fired on the initiative of the employer, because the employee is not coping with his duties. But here it will be necessary to prove that he really is not coping, otherwise the employee will go to court and he will be quickly reinstated. A burnt-out specialist should be sent on vacation, a conditional sabbatical for a couple of months. The main risk here is only that after that he still decides to quit. It turns out that you will only waste time and wait for it in vain.

Therefore, it is good not only to think about what cunning maneuver to take in order to kick the employee off to rest without consequences for the company, but also to talk with him and find out what is the matter – why he is constantly unwell. If he’s in trouble at home, the vacation really comes in handy. And if it is directly related to work, one rest is not enough. The person will return, for a while everything will be fine, and then it will start all over again. For example, if he gets tired on the way to work, you can try to send him to a remote location. If overloaded with tasks, estimate and optimize the amount of work. Tired of routine? Add at least some creative challenges. It is always important to understand the real reasons for what is happening, and not try to deal with the symptoms.

What else to read on the topic: 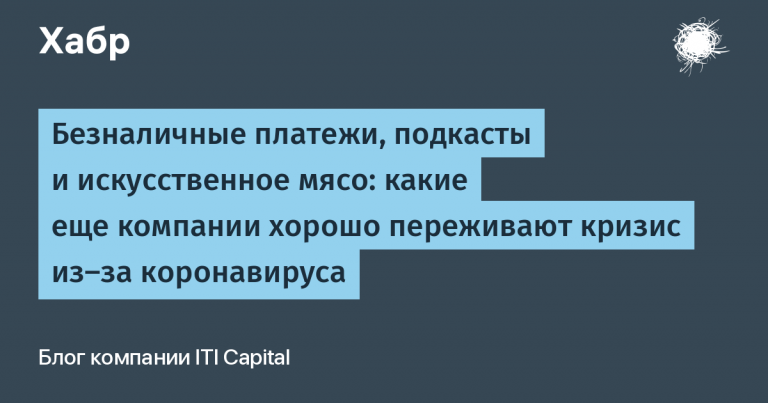 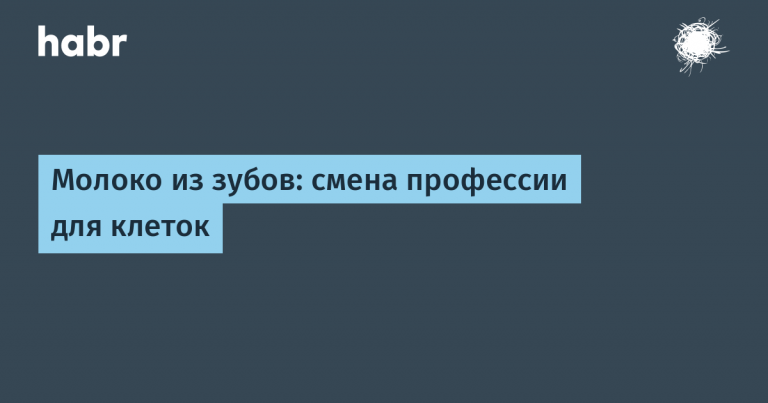