Skip to content
Do you also have a lot of questions about this new kind of … art? Platform?

Blockchain news always makes us think, “Um … what’s going on here?” This is how I felt when I read how Grimes gets millions of dollars for digital drawings and videos in the form of NFT-tokens or as animation Nyan cat sold at a blockchain auction for 43 million rubles.

Let’s start with the basics. What is NFT? How does this abbreviation stand for?

Thanks, but it didn’t make it clearer.

“Non-fungible” is more or less clear. This means that the token is unique and cannot be replaced with something else. For example, bitcoin is fungible: exchange one bitcoin for another and you get the same thing. However, the Unique Trading Card is not interchangeable. If you exchanged one card for another, you would have a completely different collection. You gave away the Squirtle Pokémon card and received the 1909 Honus Wagner T206 baseball card, which is referred to on StadiumTalk as “Mona Lisa Baseball Cards”… Let’s take your word for it!

Most NFT tokens are part of the Ethereum blockchain. Ethereum Is a cryptocurrency, just like bitcoin or dogecoin, but its blockchain supports NFT tokens as well. They store additional information that makes these tokens work differently than the ETH cryptocurrency. It is worth noting that other blockchains may implement their own versions of the NFT. By the way, some already this done…

What should you buy at the NFT supermarket?

NFT tokens are anything but digital. For example, drawings, music, your brain downloaded and turned into artificial intelligence. But the real excitement was about using this technology to sell digital art specifically.

So people can buy my cool tweets?

I don’t think that anyone will be able to prevent their sale, but I didn’t really mean it. Many people talk about NFT as evolution of fine art collecting – collecting digital art.

Do people think this will really turn into art collecting?

I’m sure some people hope so. For example, someone who paid almost $ 390,000 for Grimes’ 50 Second Video, or the person who paid $ 6.6 million for video artist Beeple… This is a really cool artist, one of his works is exhibited at Christie’s auction (Christie’s).

You might say that you can right-click on a Beeple video and download yourself a file that someone paid millions of dollars for.

How rough! But yes, it is at this moment that it becomes a little … strange… You can copy a digital file as many times as you like, including the very works sold as NFT.

But NFTs are meant to give you something that cannot be copied: the ownership of the work (although the artist can still retain copyright and reproduction rights, just as with real works of art). In terms of collecting fine art: anyone can buy a copy of Monet’s painting. But only one person will own the original.

I don’t want to offend the artist Beeple, but his video is still not Monet.

In addition, if I had Monet, I would have possessed him as a physical object, could touch. In digital art, the copy is in no way inferior to the original.

But what about the very right to own the original Beeple? ..

And what is the point, you ask.

It depends whether you are an artist or a buyer.

For example, I am an artist.

First, it’s cool! You might be interested in NFT because it gives you the opportunity to sell work for which there was no market or demand until now. If you have a really cool idea for a digital sticker, what are you going to do? Sell ​​it on the iMessage App Store? Do not do this!

Please also note the special NFT function that you can connect: then you are paid a percentage every time your work will be sold or changed hands… This is a guarantee that you will receive a part of the profit if the work becomes super popular and grows in price.

I am a customer.

One of the obvious benefits of buying art is that it allows you to financially support the artists you like. Buying an NFT also gives you some rights to use the work, such as the ability to post an image online or set it as your profile picture. Plus, of course, the chance to show off that you own a blockchain-recorded piece of art.

No, I meant that I am a collector.

Fine! NFTs can work like any other speculative assetwhen you buy something and hope the value will one day rise so you can sell it for a profit. Although I feel dishonest about it.

So, is each NFT unique?

In a boring, technical sense, each NFT is a unique token on the blockchain. Acquiring NFT can be like buying Van Gogh when there is only one final and real version of the painting. But, in fact, an NFT can also be a collectible card when there are 50 or 100 numbered copies of the same piece of art.

Who will pay hundreds of thousands of dollars for what is essentially a collectible card?

This is what makes the whole NFT story so confusing!

Logan Paul, an American video blogger, for example, sold clips that are simply excerpts from his video blogs, for $ 20,000… You can watch them on YouTube at any time. As an NFT, he also sold cards with a Pokémon named Logan Paul.

Apparently someone who can afford it, right?

It would be funny if Logan Paul decides to sell 50 more copies of the same video.

Linkin Park’s Mike Shinoda (who also sold several songs as NFT) too spoke about it. According to him, only “an unprincipled dishonest moron” could do it. In general, you need to be careful and watch who you buy your NFT from.

Can I buy this article as an NFT?

No, but technically anything digital can be sold as NFT. deadmau5 sells digital animated stickers. William Shatner was selling collectible cards on the subject of Shatner (one of which, apparently, was an X-ray of his teeth).

I like it!
Image: deadmau5 and Mad Dog Jones

Fu, disgusting! Can I really buy someone’s teeth like NFT?

There have been attempts to bind NFT to real objects as a kind of verification method. Nike patented a method for authenticating sneakers using the NFT system, which they called CryptoKicks… But I haven’t found any teeth yet. And I would not want to look at it!

Several marketplaces have emerged that allow people to buy and sell NFTs. Among them: OpenSea, Rarible and Nifty Gateway (Grimes choice), but there are many others.

I heard something about kittens. Tell me about the kittens.

NFT tokens became technically possible when the Ethereum blockchain added support for them as part of new standard… Of course, one of the first uses of such tokens was the game CryptoKitties, which invited users to trade and sell virtual kittens. Thank you, Internet!

My face when I’m worth 170 thousand dollars.
Image: Cryptokitties.co

I have the same emotions. But in my opinion, the kittens showcase one of the most interesting aspects of NFT (for those of us who don’t want to create a digital art collection) is how NFT tokens can be used in games. Already games appearedwhere you can use NFTs as items. One even sells virtual land parcels in the form of NFTs. Players will have the option to buy a unique in-game weapon, helmet, or something else like an NFT. I think this is something that people should appreciate.

What museum do you need to rob to steal the NFT?

This image is not NFT. Not yet!
Image: The Wrong Trousers

It depends on how you look at it! Part of the appeal of blockchain is that it keeps a record of every transaction, making it harder to steal or cheat. Nonetheless, cryptocurrencies were stolen beforeso it really will depend on how the NFT is stored and how much work the potential victim is willing to put in to get their property back.

Should I be worried about what digital art will be like 500 years from now?

Probably worth it. Bit rot is a real phenomenon: image quality deteriorates, some file formats no longer open, sites crash, people forget password to your wallets. But physical art in museums is also very fragile!

Can I buy NFT with cryptocurrency?

Yes, probably. Many marketplaces accept Ethereum. But technically anyone can sell an NFT and request any currency they want.

Will trading my NFT tokens contribute to global warming and the melting of Greenland’s glaciers?

This is exactly what you should pay attention to. Since NFTs use the same blockchain technology as cryptocurrencies, they can also consume quite a lot of electricity per transaction. Thanks to the people working on elimination of this problem… I really don’t want to set the whole world on fire over CryptoKitties.

Can I build an underground cave or bunker to store my NFTs?

Well, just like cryptocurrencies, NFTs are stored in digital wallets (it’s worth noting that the wallet must be NFT-compatible). However, you can always put the wallet on your computer in the underground bunker.

Are you tired of typing the word “NFT” so many times? 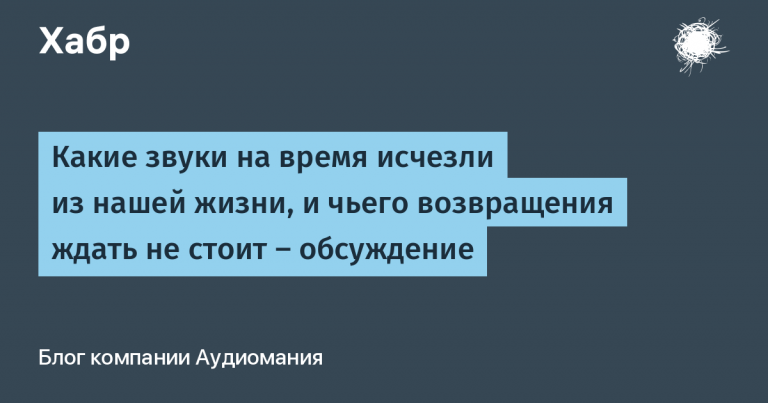