SEO optimization, bringing cards to the top, “the more wonderful – the more fashionable”, sequins, noisemakers, whistles – all these are attributes of the design of cards of native marketplaces and some foreign ones. And what are the requirements put forward by large Western trading platforms selling goods from manufacturers or large distributors?

A different business model does not assume that a card with a product will compete with a card for exactly the same or almost the same product. Excluding similar items from different manufacturers. But slightly different rules work here – bottles of milk from the Selo Sineye and Prostokvasha v Derevnya brands are on the same display case. And the war here will not be between “tents” that have loaded cards with their products, but between suppliers or manufacturers. Quality, packaging design, pricing policy, the best conditions offered by the trading platform – here you can list for a long time.

But the SKU cards themselves will be as uniform as possible. For the data model must be strictly observed, and the data itself is structured strictly according to the rules and within the framework of this model (we will not see “material” = “black jacket” here). And now I would like to share with some curious and funny points of these rules that the author happened to encounter. Note that we are talking about foreign trading platforms.

Let’s start with pictures. Manufacturers, especially of any household chemicals, like to change the design of the product packaging (or even its shape) every couple of years without changing the part number and UPC/EAN/JAN. Keeping track of such production creatives, if your catalog has more than a hundred thousand SKUs, is not only difficult, but also prohibitively expensive. For this reason, content managers react and make changes only when they either accidentally stumble upon it themselves, or based on feedback from buyers or producers. At the same time, editing often does not consist in replacing old images, but in adding new ones. When asked why “adding” and not “replacing” was necessary, the answer was: “The new batch came in a new design, but the remains in the warehouses are still in the old one, so it’s impossible to remove the old picture.”

As a result, other old-timer cards can boast of a gallery of three to five pictures at different times. For a different SKU, you can write an article on the topic “the evolution of packaging design over the past 15 years.” But to the credit of the stores, recently they have begun to fight this, and the phenomenon has ceased to be massive.

Among the most reasonable requirements is a strict ban on the use of images not taken from the website or galleries of the product manufacturer. An even stricter prohibition is the prohibition of using images with watermarks from other stores or resellers. Everything is simple here. In addition to the question of the reliability and correspondence of the image to the product, you can run into a photo taken professionally, but privately. And if its author sues the store for only a five-figure sum in overseas currency, then it will be possible to congratulate the store on the fact that he got off with a slight fright.

Well, a few specific requirements for pictures. One content sponsor strictly prohibited the use of pictures that would appear photographic images of people or their body parts. Another prohibited the use of images in the gallery, where there was no image of the product itself. There are pictures where instead of a product there will be a manufacturer’s logo, a list of features or warranty information. But another client really liked such extra pictures. And he showed his displeasure in every possible way if they were ignored in the card gallery.

Domestic marketplace stalls like to use something colorful as the main picture, with a bunch of text and all sorts of poisonous “top-hit” plaques. But for a “respectable” store, this is unthinkable. The title picture is always a “naked” photo image or a rendering of the product itself (or its packaging) against a strict uniform background. And by no means a life-style image! Those. an image showing the product as being in use. For example, a photograph of a printer in an office; a pen lying on the table; perforator drill in the process of chiselling a wall Saturday morning. And if the manufacturer did not have a picture of the product “as is”, then the task was set for the graphic designer: “Cut the printer out of the office and place it on a white background.”

In general, the graphic designer has always had a lot of work because of the client’s wishes. And the content manager has problems with checking pictures and that he didn’t forget (didn’t score) whether the instructions were grafted.

From here funny incidents sometimes happened. So, at first, the graphdeses were engaged in creativity. There is no image for a card that sells a set of two printer cartridges – no problem. We take a picture of one cartridge, Photoshop, in a matter of seconds – and the creative is ready.

Everything was OK, until an overly creative designer created a picture for the SKU, which is a set of several dozen caps. It was a concept show. Smooth rows of incomprehensible gray circles on a white background. Many even rows. Malevich and Warhol, if they were still alive, would have strangled themselves with envy! But the client was alien to contemporary art and the method of “propagation of entities” was legally covered. And a stream of requests went to manufacturers: “Do you have a picture of this product, but with pearl buttons three of the same products in the package or out of it?

Much more confusing and multidirectional were the requirements for attributes, text bulletins (short phrases describing the product that attracted the attention of the reader-buyer) and marketing descriptions. Many stores like it when the card is filled with as many attributes as possible. Even if this product is so primitive that it is described by three attributes. In this case, if you please, fill in all binary attributes (attributes whose filling implies only two values ​​- “yes” or “no”). Even those that are not search (i.e., attributes involved in building a search on the properties of a product in a store) and do not make sense for this product. The output was a funny sheet-specification, of which the attributes “type”, “color”, “material” were significant. Everything else looked like: “Suitable for ear picking: No.” Moreover, such attributes should be filled in, guided by common sense (and as you know, everyone has their own) or looking at the picture. Yeah, this thing obviously won’t fit into the ear, put “No”.

Almost all stores and marketplaces have lists of banned words. These lists always include obscene language and differ in some features. So, in the content of one company, it was categorically impossible to use exaggeration words. Such as “super”, “ultimate”, “extraordinary” and the like. Those. the phrase “fantastic quality” found in the product card entailed a long and tedious trial with the search for the guilty and moaning: “We told you a hundred times about this, but you ruined everything and how can we live with it now!”

Far-sighted things included a ban on the words “newest”, “most powerful”, “fastest”, etc. Everything is simple here. A card with a smartphone case will look funny (and insulting to some), in the description of which it will be: “For the latest iPhone 5 – ideal for everyone who does not deny themselves technical innovations.”

Another company hit political and other correctness. And besides the ban on swearing, sexism and racism, she actively fought against all sorts of “boobs”, “freak” and other “sex”. But the thing is, these buzzwords are often included in the descriptions of some specific products (remember the marketing descriptions of the merry handbag manufacturer Crumpler, before he started an unsuccessful rebranding and turned into one of the mass bores).

And sometimes in the names, like some wall calendars with a satirical or outrageous theme. How then to proceed? In such cases, they always remembered the wise rabbi from the anecdote: “Cut, but planed down.” Remove bad words from the marketing text, only the brand from the name of the calendar, but leave the picture where this word is in capital letters in the center.

The approach to product positioning is also interesting. Some demand to strictly write what the manufacturer writes, others offer to “rethink”, expanding the range of buyers. But they do it awkwardly. The result was similar dialogues between the client and content managers:

– The manufacturer of this chair came to us and complains that you wrote that it is suitable for everyone, but this is a strictly ergonomic gaming chair!

– Excuse me, but we initially did it that way, strictly according to the manufacturer, but removed the information about its “gaming orientation”, after you rinsed our brains for 20 minutes on the last call on the subject that the chairs need to be approached “softer and wider “.

– Uh … well, do as the manufacturer requires.

This is just a small part of what content customers may want and how they see the ideal SKU card. But these examples also illustrate well that Western stores and marketplaces, which care about increasing sales and their own profits, focus their efforts not only on card promotion, SEO optimization and finding the best suppliers. But also on creating a client-oriented data and content model. Content is user-friendly and informative. Yes, not all ideas are bright, not all steps are reasonable, but they are trying. Are we trying? 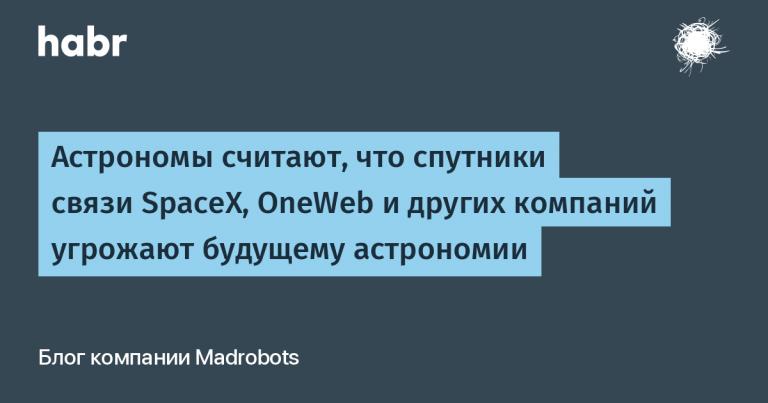