On an April night in 1975, a simple American guy, Gary Dahl, was having a good time with friends at a bar. Tired after a hard day’s work, the men started talking, talking about pets. We agreed that having a pet is great, but you can’t get away with it: feed, drink, walk.

Gary then thought: what if the ideal pet is a stone? This is how the Pet Rock toy was born, and with it the industry of artificial human best friends.

Before Gary had the bright idea of ​​selling stones under the guise of unpretentious pets, he worked as a copywriter and learned how to write incendiary advertising texts. The newly-minted entrepreneur wrote a humorous instruction for his product: he praised the complaisance of stones and told how to fight off robbers with the help of a new best friend (you give the command “face” and throw your pet at the aggressor). This idea has transformed an advertiser from a provincial town into a millionaire.

It is natural for a person to spiritualize inanimate objects from time immemorial, but this is not enough to turn a cobblestone into an artificial pet. The fact is that the idea with pet stones hit the mark. The end of the Vietnam War, the Watergate scandal – tired Americans lacked a little fun.

During the year, Gary managed to sell 1.5 million stones at $ 4 apiece. Interest in pet stones lasted a couple of years. Then everyone got used to the curiosity, and imitators burned out the market.

The seeds of the future have been sown. The next stage in the formation of the artificial pet market came in 1995 when the PF Magic company of San Francisco released Petz for the PC. The first realistic desktop pet simulator featured eye-catching graphics and meticulous character design, highly advanced for those times. Cats and dogs had to be fed, and they lived their lives: they could have left toys scattered across your document in the Word.

The pets multiplied, but they couldn’t do one thing: die. Death remained an aspect of real life. Not for long.

In 1996, Bandai launched Tamagotchi sales in Japan. This egg-shaped toy has captured the minds of millions of children, and its creator, educator Aki Maita, won the Shnobel Prize in Economics.

“Tamago” is an “egg” in Japanese, and “ochi” or “watchi” is a verb to watch / watch in English, watch, in a Japanese manner. The Tamagotchi was somewhat reminiscent of a rounded stone, but from its predecessor, Pet Rock, it was distinguished by a constant need for attention.

A virtual animal lived on a simple LCD screen of the keychain, which had to be fed, fondled and entertained. As soon as the little owner was distracted by real life, the pet died. The children grieved for the dead pixels, and so much so that this emotional attachment to an inanimate object was called the “Tamagotchi effect.”

Maita came up with Tamagotchi because she couldn’t have a pet herself. Residents of tiny Japanese apartments are usually forbidden to keep cats and dogs; and a keychain with a virtual pet takes place only in the heart.

The first generation Tamagotchi sold 40 million units. Bandai has sold 20 million in Japan and 20 million in the rest of the world. This was not enough. Since the original version was positioned as a toy for girls, in 1997, at the height of Tamagotchi’s popularity, Bandai launched “Tamagotchi for Boys”, Digimon.

Digimon is short for digital monster. A toy similar to Tamagotchi was masculine and harsh, in the form of a square keychain in deliberately dark colors.

The hatched monsters not only required feeding, but could also fight each other if trained well. To do this, two key chains were connected with metal contacts – an innovation for those days. The project is still alive today, thanks in large part to the anime and video games of the franchise.

However, people yearning for pets wanted something cute, unpretentious and non-aggressive. “Make love, not war,” is how successful virtual pet projects have come out since then. In 1998, the game “Hey You Pikachu!” for the Nintendo 64, the first 3D game of its kind.

The Pokemon series was originally dedicated to the battles of the “pocket monsters” of the same name. In “Hey You Pikachu!” Pokémon Pikachu is engaged in anything but battles – fishing, looking for treasures, collecting food. The player takes care of the Pokemon, and you can communicate with him using your voice through the included microphone for the console. And the pet understands phrases addressed to him: his dictionary includes about 200 words and phrases in English. “Peaceful” gameplay was intended for children, and the adult audience of the game was divided into two irreconcilable camps. Some liked to communicate and play with the pet, while others were outraged by the lack of battles.

Yet the peaceful camp of artificial pet breeders won out, thanks in large part to children and Christmas sales. It was around Christmas 1998 that the American company Tiger Electronics released Furby, or Furby, a talking toy robot. Soft and big-eyed pet vaguely resembled the mighty Gizmo from the horror movie “Gremlins” in 1984. Furby blinked and moved with a built-in motor, which made him seem alive.

Just like the famous gremlin, Furby did not need to be poured with water, and he tweeted in a specially invented for him language “Ferbish”. Unlike Gizmo, the robot “learned” to speak English – or rather, it imitated the process of learning the language when played with it. This feature alarmed American intelligence. In 1999, the National Security Agency banned toy robots from its facilities for fear that it would record classified information on a built-in microphone. The ban was removed when the creators said that the robot does not recognize individual sound waves around it and “hears” them as a single monotonous signal.

The robot has captured the imaginations of children all over the planet. Parents and collectors fought for copies of rare coloring pages, and upon resale the price of Furby increased by an order of magnitude. In the first few years, more than 40 million copies were sold in 57 countries of the world. The wave of popularity continued until 2000. In total, about 75 million toys were sold.

Caleb Chung, one of the creators of Furby, was inspired by the example of the Tamagotchi. He wanted to make a “live” pet, and, according to the inventor, this was the secret of Furby’s success.

Different generations of Furby differ in coat color, design and type of eyes: the original models had decorative eyes, like a regular plush toy, with a mechanical eyelid. The latest robots have replaced them with LCD displays. However, despite the application that appeared in 2013, the toy has not changed much, which is why new generations of children stopped looking for a cooing robot under the tree.

While the kids played with the cute Furby, the adult fake pet breeders played gods. In 1999, SEGA Dreamcast released Seaman, a game in which you have to care for a fish with a human face. As with Pikachu, you can communicate with your pet through a joystick built into the microphone. The soothing voice of Leonard Nimoy, Spock from Star Trek, will answer as the narrator in the game.

A mannered creature named Seaman goes through several evolutionary stages, starting with a parasitic fungus and evolving into a frog with a human face. The game has an unusually deep background, according to which the pet is an ancient Egyptian. He was cursed by the god Thoth for his relationship with the priest’s daughter, and turned him into a fish. The hybrid and its eggs were found by a French archaeologist before World War II. The player follows in his footsteps and tries to get out of the water to the ground. Actually, this is exactly what the player is doing: he turns something that begins life like a mushroom into an amphibian.

In the process, the creature in charge gives out many sarcastic and ironic remarks about the player. The game owes its oddities to its creator, Japanese Yutaki Saito,

In the same 1999, the Japanese released another memorable artificial pet. It was the world’s first robotic dog, Sony AIBO. Fully autonomous robot with 20 degrees of freedom can walk on four legs, “sees” the surrounding space with cameras and sensors, and recognizes commands and faces. The software has two modes: “puppy” and “adult dog”. In the first AIBO, you need to gradually “train” so that he reveals all his possibilities.

Robops was created in the experimental laboratory Sony, which the corporation opened, imitating Xerox, which had a laboratory in Palo Alto. The father of AIBO is considered to be Doshitada Doi, Ph.D., who worked closely with the expert in the field of artificial intelligence Masahiro Fujita. Fujita believed that although the technologies for voice and image recognition were still imperfect, they were already enough to create an entertainment robot. Doi was in solidarity with his colleague and used his work.

In total, Sony has released 5 generations of AIBO, improving design and functions. In 2006, the company announced that it would stop producing and supporting robotic dogs due to financial considerations. In 2014, the Japanese fully realized the threat by discontinuing warranty support for the latest models. Two years later, Doi publicly “buried” the robot, claiming that the spirit of innovation at Sony had died. But in 2018, the Japanese released a new generation of robotic dogs: apparently, all the same, the reports of his death were premature.

And one more project from a fruitful 1999: the Neopets.com website was launched on November 15. It was the first of its kind in the browser game, where users have virtual pets and care for them, buying skins and upgrades for two types of in-game currency. Pets in Neopets are bizarre hybrids, not regular cats and dogs or dragons and monsters.

However, pets were only a small part of the Neopets, a pretext for an interesting symbiosis of a living community and a very aggressive marketing system. The first CEO of the project was a Scientologist who figured out how to incorporate advertising into the very fabric of Neopets, making it organic and invisible.

Now schemes with “native” do not surprise anyone, but then users were scared how cleverly Neopets was placing advertisements under the guise of content: for example, themed advertising games from McDonalds. At the same time, the community itself actively generates content around the game, or is engaged in online archeology and pulls out old pages in Neopets that are no longer supported by the developers.

The main audience is children. Mostly – American, as Neopets attracted millions of players in this country. Aggressive advertising aimed at children caused a lot of concern on the part of parents at one time, so the advertising content began to be marked separately. Nevertheless, 20 years have passed, and the browser game still lives its own life and gathers millions of players in one obsolete, but living space.

I do not end with these seven examples of the implementation of artificial pets: to be continued. 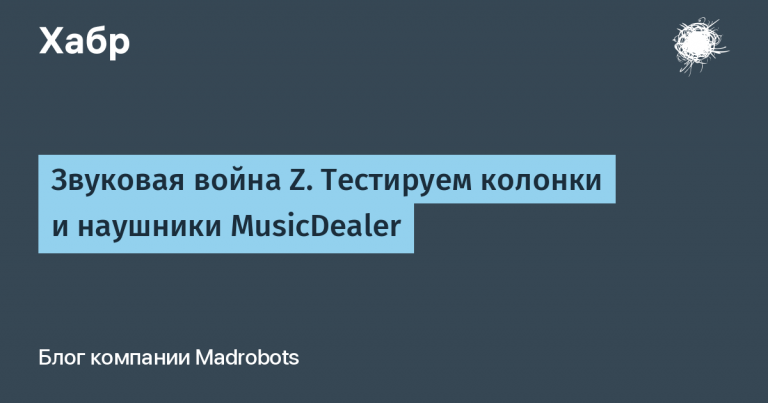 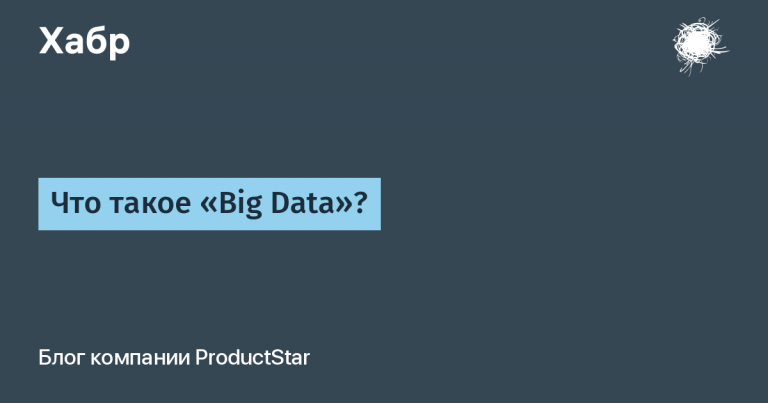