There are many questions that I would like to have answered. Someone is interested in how the washing machine works, and someone – where to fly to rest in the summer. Someone is worried about the design of nail polish, and someone how to survive until the next paycheck. But there is one question that everyone asks sooner or later. To believe or not to believe in God? Everyone answers this question for himself. And based on the answer, people are divided into many categories, the main ones being atheists and creationists.

Atheists base themselves on the scientific analysis of the world and the existence of a causal relationship, thereby postulating that everything that happened in the universe after the Big Bang happened due to natural causes. Each subsequent moment of the universe follows logically from the previous one (this statement does not mean the determinism of the universe). And the laws of the universe are immutable.

Creationists claim that their concept is also a science, but the causal relationship of events is not necessary (why then this concept can be considered scientific is unknown). And reality works according to the principle – everything is in the hands of God, and at any moment he can intervene in the scenario of the evolution of the universe and correct it with the help of a phenomenon called a miracle. But it may not intervene, then reality develops by itself according to the initially established plan.

It immediately becomes obvious that if atheists were believers, they would be more religious than creationists. After all, according to the scientific point of view, after God (reality) said the Word (due to the big boom), everything developed without his additional intervention (according to the immutable laws of physics). This is reminiscent of how the monotheists explained the superiority of their God over the gods of the polytheists. After all, the latter had a bunch of gods who were responsible for various phenomena and events and made their own decisions, independent of the supreme deity. It is clear that when there is one single god, he is incredibly cooler than a bunch of motley comrades. So the god of atheists is more imperative and powerful. After all, once the word he said does not require any further amendments and reality develops according to the plan conceived by him (called the logos) without deviations.

For creationists, God constantly has to take some action in this universe. Starting with 7 days of creation and ending with instructions to the angels who act as conductors of his will in the real world. There are large angels who implement global decisions of leadership such as the Flood or the Apocalypse, and there are smaller ones who sit on a person’s shoulder (right) and control his actions. There are also angels who distort the instructions of God. They are called demons. They also have their own hierarchy. Among them there are comrades who also sit on our shoulder (on the left, you need to spit there, be careful not to make a mistake). Angels and demons, sitting on each shoulder, respectively, act as a rudder and direct a person in the right direction. I think it is clear what God’s opinion is about the mental abilities of a person, since he had to create such a complex structure to control it.

That is, two channels of human control have been created. Straight through angels and curve through demons. The purpose of the second channel is not entirely clear, perhaps just for fun, to make it more fun. Or maybe so that the donkey (sorry, man) does not become proud and accidentally think that he is deciding something here. Although, perhaps, everything is much simpler, because no one has canceled the rule of carrots and sticks (cortisol and dopamine will confirm this for you).

A guardian angel sitting on his shoulder constantly gives useful advice; do not stick your fingers into the socket; look back when you cross the road; stop here, let the brick fall past, etc.. The work of a guardian angel is hard and sad, because a person does not like boring moralizing and is always trying, together with the demon, to find adventure for himself on the fifth point. Either he will get drunk to unconsciousness and then have to pump it out, then at the wheel he will look at the female and hit the wall. There are a lot of opportunities to screw up something and a person is always happy to take advantage of them.

But, if a person behaves correctly and is all so white and fluffy, then they can open a channel to a more powerful angel who can work more serious miracles. Miracles can happen without the requests of a person, when God needs to change something in reality. Unfortunately, in our cynical age, miracles happen less and less often. And those that do, when checked, turn out to be sleight of hand and no fraud. Of course, it has to do with unbelief. Instead of believing, people start demanding proof. What once again shows the frank stupidity of a person, how can you demand proof when you believe?

As you can see, these are both concepts; scientific and creational are well developed and internally consistent. The best minds of mankind have worked and continue to work on each of them. It seems that the argument between them is meaningless. After all, creationists do not rely on cause and effect, so logical arguments are not relevant to them. Well, atheists, as we could see, from the point of view of logic, are more religious than believers. But there is a nuance. If the existence of a miracle can be confirmed scientifically, then the dispute will obviously be settled.

So, a miracle is when a certain phenomenon occurs, which is in no way logically connected with previous events and cannot be their consequence. Which in turn means a violation of the laws of nature. That is, a miracle is a phenomenon that violates a certain law of nature. For example, the resurrection of the dead is a miracle. Usually, as far as we can observe, the dead do not spontaneously resurrect, otherwise the second law of thermodynamics would be violated. It is also contradicted by perpetual motion machines and zombies. Although I’m not sure about zombies, I’ve seen them a lot lately. Or the miracle of walking on water – contrary to the laws of gravity.

Since there are no levitating dudes among us (I mean those who levitate in our reality, and not in their own), let’s turn our gaze to the stars. Although the stars are silent witnesses, with the proper approach they can tell a lot about the creation of the universe. On their testimony, physicists formulate a theory of the origin and evolution of reality. So, there are phenomena about which physicists were not asked, but they hide them behind all sorts of clever words. They are called spontaneous symmetry breaking (details about symmetries here https://habr.com/en/post/645747/). Every time a symmetry breaking occurs, the physics of reality changes. And if there is no explanation why it suddenly happened, then the violation is called spontaneous. It just sort of happened. Well, we understand that if something like happened by itself and at the same time changed the laws of physics, then in a simple way it is called a miracle.

So, if all the violations of symmetry were observed before or at the time of the big bang, then the atheists are right, physics has not changed since the emergence of reality. But, if violations occurred during subsequent evolution, then this means that there were external (to our reality) interference after the big bang. And then the creationists are right. After all, if one miracle is possible, others are possible. Any external constructs are possible, including angels on the shoulders.

Well, you know the answer. I will not list all violations of symmetries, there are more than seven of them. So checkmate atheists! God intervened in the evolution of the universe. Moreover, he intervened in such a way that as a result of interventions we could arise and detect these very interventions. Which in turn means that our current understanding of reality is fundamentally wrong.

But seriously, we have a lot of reality bugs. Are these the bugs of reality or the bugs of our understanding of reality is a big question. So far, all the bugs we’ve encountered have been about our perception of reality, not reality itself. Today we have more or less figured out what we call matter and energy. We do not quite understand what it is, but we understand a little how it works and interacts. But it is only 4% of the entire observable universe. Dark matter and dark energy, which make up 96% of the universe, just determine the percentage of our misunderstanding. They are dark precisely because we not only do not know what they are, but we also do not understand how it works. We have many wonderful theories that describe individual phenomena, but they do not connect in any way into a single whole. In fact, a unified field theory, which physicists have so far unsuccessfully searched for, is the very Word. And science is the tool that allows you to decipher this word. The progress of decoding is obvious, over the past few thousand years we have made good progress in understanding the world and ourselves. And it is also obvious that we are far from complete understanding and we are at the very beginning of the path. The Theory of Everything is still waiting for us somewhere ahead.

Of course, all this sounds beautiful and inspiring, but given our ability to toil with various ideas, guardian angels will obviously not be redundant on our path of knowledge. 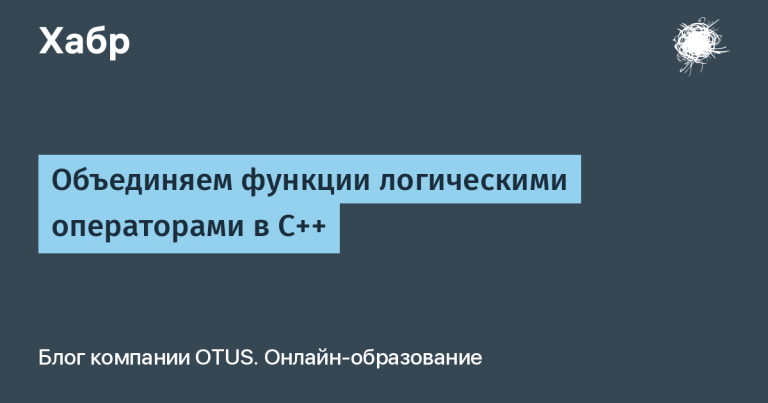