Of the interesting things: about how the economy of video games works, about creating characters for Dying Light 2 Stay Human, how Push Forward combat changed in DOOM Eternal, the evolution of cars in Horizon Forbidden West.

Roblox has a tool for creating clothes for any body type

System does clothes and accessories suitable for any avatar.

Update adds a new material panel for managing scene materials and improves the quality of the real-time rendering mode, which now supports shadows from ambient lighting.

Support is currently only in closed preview, and development continues actively.

Annual Award Winners This year’s Unity Awards in all categories, from the best games and community insiders to innovations in the Asset Store.

Unreal Connectors, new program training in virtual production skills, will provide a condensed version of the Unreal Fellowship, which was first launched in July 2020 and is designed to help film, animation and visual effects professionals learn the Unreal Engine.

Kitbash by Alexey Vanzhula for Houdini

Alexey released Kitbash for Houdinia free library of components such as nuts, screws, and pipes, designed to simplify the process of designing complex mechanical models in Houdini.

The library was previously part of Modeler for Houdini but is now separate.

How the video game economy works

The video looks at how a typical game economy works and how resources move around the system. Along the way, the author shows how these economic objects can be used to create an interesting gameplay experience for the player. Possible ways of solving problems are given.

Developers of Dying Light 2 told about the design of the main characters and secondary NPCs, as well as shared their thoughts on animation.

How to look for a remote Junior Unity Developer job

Article author told what were the TK, what was asked at the interview, what was the feedback and why it has not yet been taken. In addition to the article itself, it will also be interesting to read the comments.

Great thread about meshes and topology

From developerwho has worked on Dragonage, Civ IV, God of War, Stellaris, and more.

If you plan to switch from foreign software to domestic and are looking for a full-fledged analogue of Unity or Unreal Engine, then UNIGINE can be one of the options. The developers have considered the basic information on the transition.

First article from a cycle dedicated to the profession of a level designer.

Following its glorious revival in 2016, DOOM Eternal is taking the franchise into new territory. The video discusses what big changes, both for good and for bad, have occurred.

What’s wrong with user support. And what does the “support” have in common with the sectarians?

Developers from Guerrilla Games discussed the key updates the team made to the Horizon Forbidden West robots, detailing the tricks they used to make sure the machines worked and determine which key mechanics needed to be updated.

Documentary in honor of the 10th anniversary of The Walking Dead

Skybound Games has released a new mini-documentary that features various behind-the-scenes events, including early prototype footage and even revealed that the genre-defining adventure Telltales was at one point planned to be a spin-off of Left 4 Dead.

Game optimization requires the ability to accurately measure how your project consumes hardware resources. Adding your own performance metrics to Unity Profiler will give you a better understanding of your app’s unique performance history. In the post, the Unity team tells Learn about the new Profiler extension features in Unity 2021 LTS.

Have you noticed the technique when artists add a bright color transition at the border of light and shadow? Disney illustrator Marco Bucci showshow to add liveliness to your paintings in this way.

If you play online multiplayer games for a long time with the same set of content, it will quickly get boring. There are many ways to maintain interest, one of which is game events. Someone conducts them with a certain frequency, tying only to specific events, and someone constantly: one ended – another immediately began.

In the article, Pixonic talks about how the War Robots project team redesigned event art, one of the most capacious categories of UI content in the game.

The relationship between color and expression is nebulous, often influenced by culture, context, individual point of view, and a host of other factors. So how the creator shapes the visual language your work with so many competing sources of interpretation?

Games as a Service: How to prepare for the long term

Not bad article about the concept itself and how it has changed.

Which texel to take and how many texture groups?

The density of the texel shows how many pixels the dimensional unit of the model px/cm will contain. The larger the value, the more pixels will be allocated for rendering details, respectively, the higher the image quality. The downside of high quality is the high weight of the textures, and as a result, the engine will take longer to calculate the rendering. So that the weight of the textures is not superfluous, TD value must be selected.

Digital art and nostalgia: what 3D artists create at UNIGINE

The developers of the UNIGINE engine have compiled a selection of the most unusual works created on their SDK. It includes 3 best works from 3D artist Ostap_Gordon, as well as 3 3D installations from contemporary artist John Gerrard.

Since launching in early 2021, Cookie Run: Kingdom has earned a quarter of a billion dollars with just 22 million downloads. Cookie Run is different from many Asian games. Only 50% of all revenue comes from South Korea, and the game has gained significant popularity in key Western markets.

The authors of Deconstructor of Fun decided disassemble this game in detail.

Adapting the Lyra animation to your UE5 game

Animation systems in the new Lyra Starter Game Free Sample showcase the current state of how Epic Games is making games with Unreal Engine 5. Blog article introduce tools and approachwhich were used to turn the motion animations from Fortnite and Paragon into animations like in The Matrix Awakens: An Unreal Engine 5 Experience.

Lot useful information for beginners: about interaction with the publisher, about marketing tricks.

In the article the author told about the steps to implement a state machine in Unity using the async/await of the UniTask library.

DOOM is one of the most important games of all time. And the AI ​​behind it is as impressive now as it was almost 30 years ago. In the video, the author of the channel explains how it all works.

Developer RujiK showed the systemwhich allows you to breed monsters and create many new variations.

Amazing stylized watermill made in Blender and Unreal Engine 4 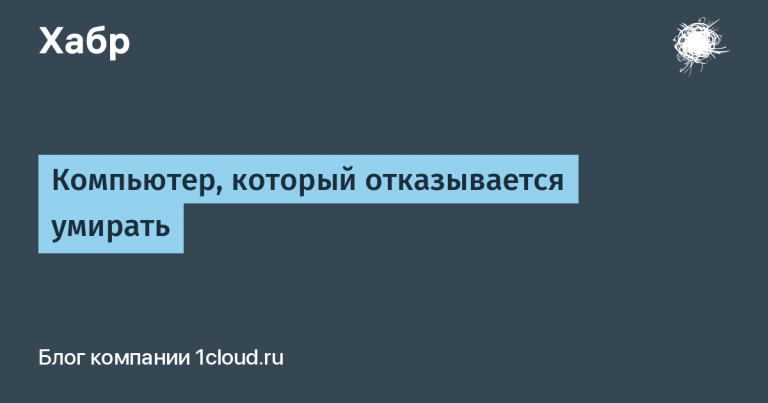